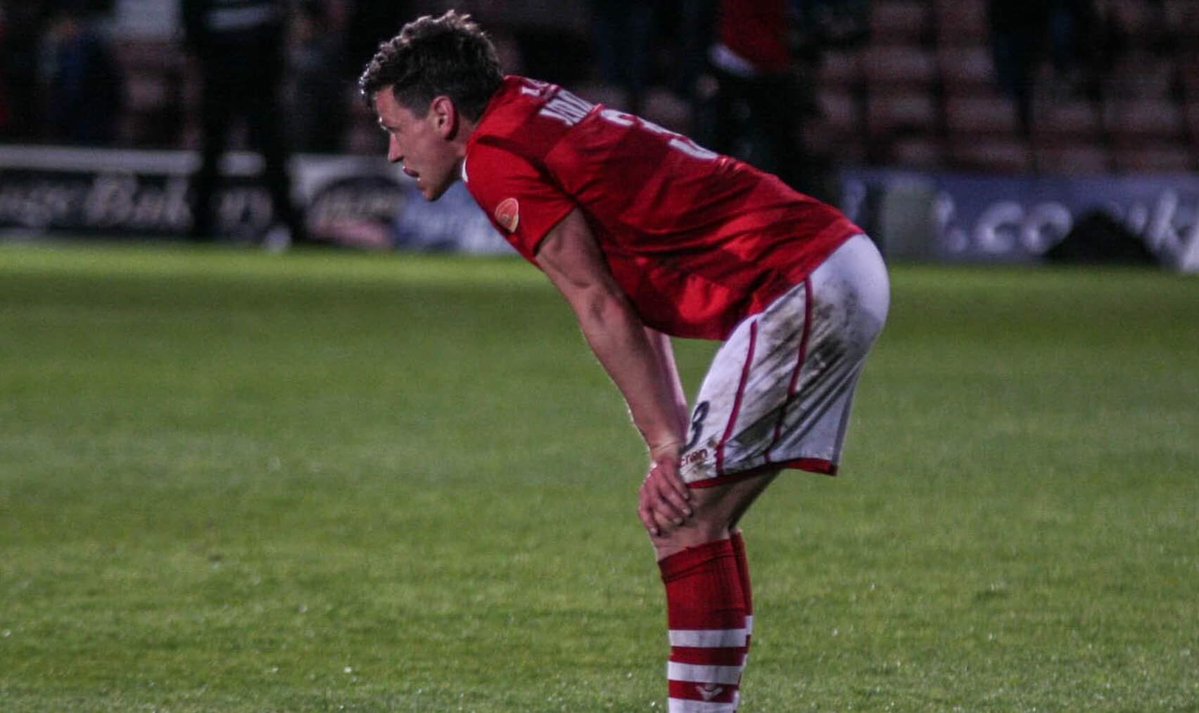 Moment of despair for Wrexham after their play-offs defeat.

Bryan Hughes is already planning a 2019-20 promotion charge after Wrexham were left devastated by a 1-0 home defeat against Eastleigh at the Racecourse.

The Dragons had three efforts cleared off the Spitfires’ line, twice hit the bar and had what looked a perfectly good goal disallowed with the score 0-0 after 55 minutes.

Referee Martin Woods cut short Wrexham celebrations when Kieran Kennedy put the ball in the net after it had been dropped by Luke Southwood but, much to the disdain of the home crowd, it was ruled out for a foul on the England under-21.

“It was a goal, there was no contact,” said manager Hughes. “The goalkeeper dropped the ball. It was never a foul.

“The referee made a wrong decision. I’ve watched it back.

“We were totally dominant when the ball went in, but it wasn’t our night. I am proud of the players.

“They were devastated in our changing room, but we will learn from this and build for a new challenge going forward. We must refocus, rebuild and go again.”

Captain Shaun Pearson is among the players who have already committed to stick with Wrexham next season said: “It’s gutting, absolutely gutting. Sickening.

“It was a tough one to take. The lads could not have given any more, but ultimately we came up short.

“We were by far the better team and dominated.

“I could not understand what the referee saw when he disallowed Kieran’s effort. Nobody is sure why it was disallowed, but that’s the way it, goes.

“It was bemusing. Even Eastleigh’s lads did not understand why he made that decision, but we also had plenty of other chances.

“It was silent in the dressing rom after the gaffer said his bit. We must learn from the experience.

“We all hope to go closer to the title next season. Our aim is to sustain a better challenge.”

Kennedy said he is ‘gutted’, saying: “We deserved more. Wrexham fans were unreal and they have been since I got here. Proud to have played with this set of lads.”

Hollands was spotted by Chelsea scouts while playing an Easter tournament at Butlin’s holiday camp in Bognor Regis.

Hollands has been nicknamed Doug since he was at Bournemouth, but isn’t sure why.

“I haven’t got a clue,” he said. “For some reason, Darren Anderton called me Doug one day and it has stuck. “It’s quite funny because some of the new lads this season thought it was my real name!”

And on his goal, Hollands said: “I’m proud of that strike. The ball dropped out of the sky and I went for it with my left foot.

“It was really stressful, a tough night, but we’ve had a moment of magic from our skipper who’s been an unsung hero all season.

“Even Wrexham’s goalkeeper was up in attack at the end, but the boys put themselves on the line to earn the win.”

Wrexham’s defeat in this Vanarama National League play-offs eliminator means their season is over. Eastleigh go to play Salford City in a semi-final on Sunday with the winners going to Wembley for the final.

The man in yellow, Eastleigh goalkeeper Southwood was named man of the match after making a string of brave saves.

“Wrexham are a good team,” said Hollands. “We had to dig deep and Luke was fantastic. My goal was out of character, but it was nice to score.”