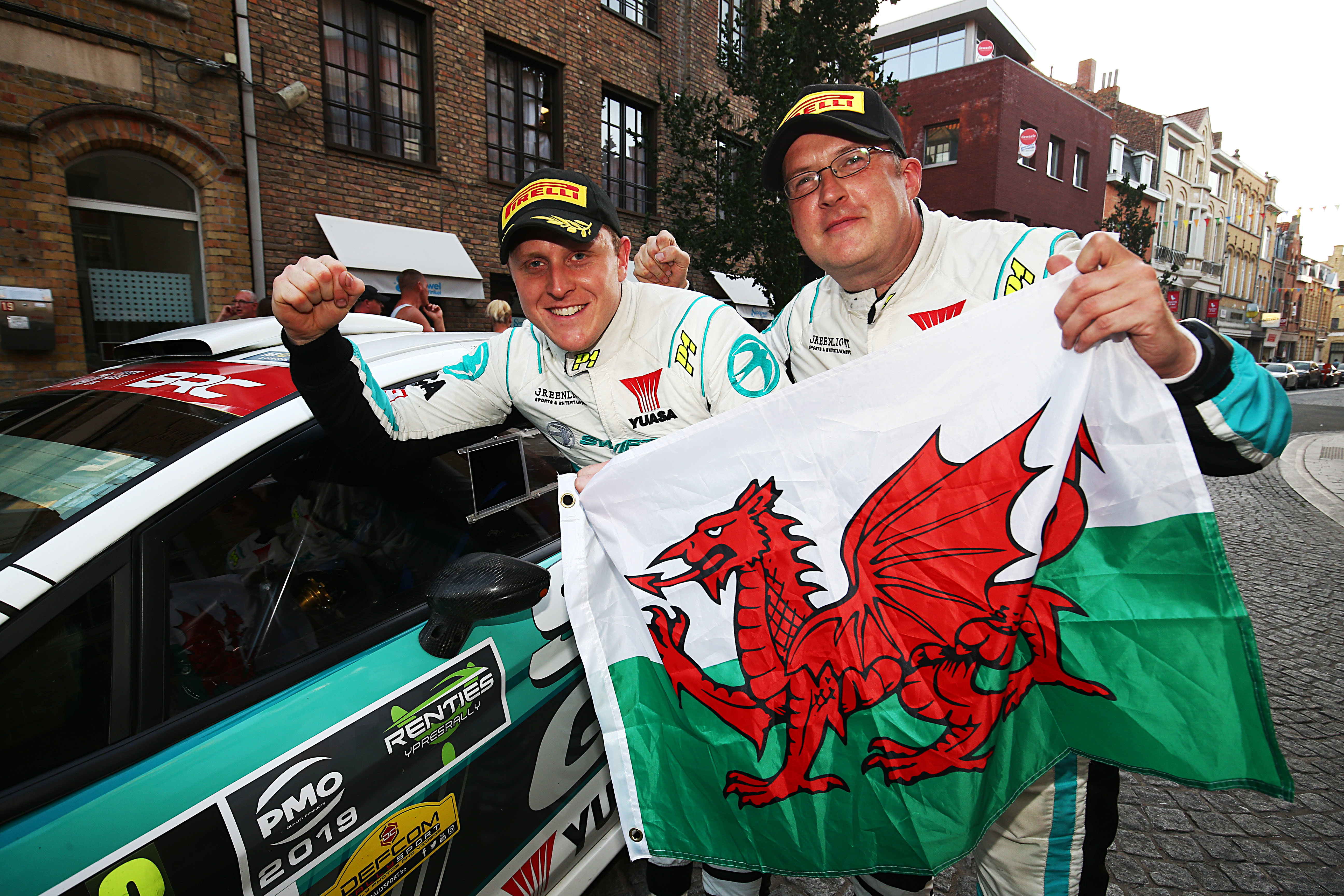 Two Welsh drivers share the lead of the British Rally Championship, as Matt Edwards and Tom Cave both have 68 points after four rounds – meaning that it’s all to play for on the final two events of the series.

Each driver has scored two wins and taken two second place results – and as if to highlight how little there is between them, each have posted a retirement, caused by exactly the same double puncture misfortune!

Edwards, the defending British Rally Champion, led after victory on the opening Visit Conwy Cambrian Rally – and now another victory on last weekend’s Ypres Rally has cancelled out Cave’s West Cork and Pirelli Rally wins which had given the Hyundai i20 R5 driver a mid-season advantage.

It was the Irish duo of Marty McCormack/Barney Mitchell (Skoda Fabia R5) who led the BRC contingent after the opening stage, as a four-way scrap with Edwards, Cave and Rhys Yates quickly developed. Yates moved to the top of the tree on stage six, all for his hard work to be undone on the very next stage when he and Hirwaun co-driver James Morgan made a rare mistake, putting their Fabia R5 off the road.

The fight would continue with three in the scrap for top BRC honours, with Cave leading McCormack and Edwards – the trio blanketed by a mere eight seconds at the overnight halt.

The next day the trio would become two, as McCormack crashed out of the event.

Cave, from Aberdyfi, then led but hit problems of his own with a puncture and buckled wheel in his Hyundai i20 R5 losing time to Edwards – dropping over 47 seconds in the process.

However, it wasn’t to be plain sailing for Edwards either, as the same ECU gremlins that occurred 12 months ago returned. That didn’t hold him back as he wrung the neck of his Fiesta R5 for the rest of the final day. Cave and co-driver Dale Bowen (Aberdare) tried all they could, but elected to settle for second and take vital BRC points as he finished 56.1 seconds adrift, and one place behind Edwards in the overall leader board in seventh.

This leaves Edwards and Cave tied for the lead, with Scotland’s David Bogie, who didn’t make the trip to West Flanders, 27 points further behind.

But it was Edwards who showed why he is the reigning British Rally champion, as he pushed on when the car was at its peak but nursed it when it was wounded and managed the gap to take back-to-back Ypres BRC victories.

“We had a fairly uneventful first leg and then after that on the quiet we were managing quite a severe misfire and we didn’t want to let on too much,” admitted Edwards. “We tried changing everything on the final day, like we did twelve months ago, and it really tested us, but we battled on and got through it and thanks to the team for keeping us going and in the fight.

“There is something about this event as the car never plays up at any other time! It was very stressful to manage everything, especially in the demanding heat but this important win means that the championship is really, on as we tie with Tom [Cave]. I think I may have an advantage on the Ulster after the win last year and I am confident I can take this form into the final two rounds.”