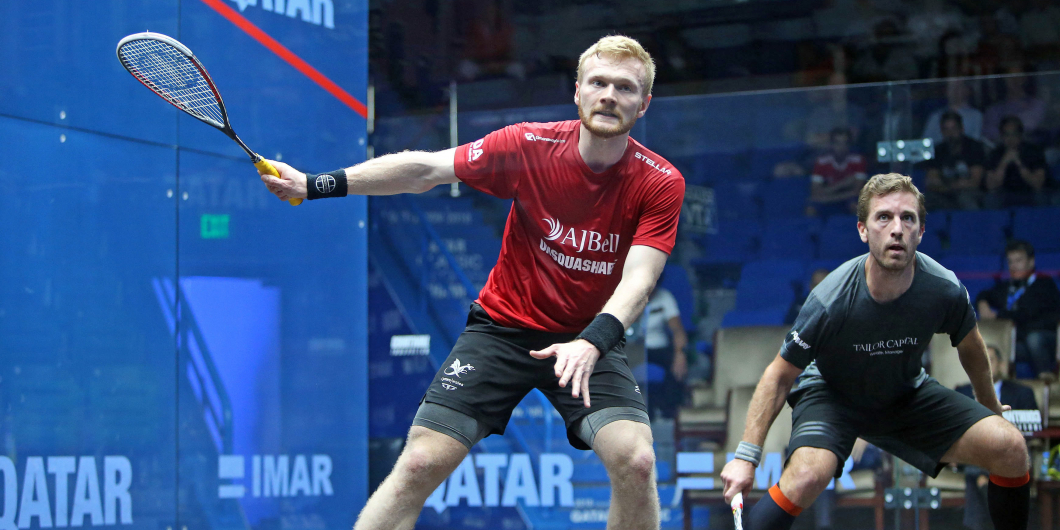 Joel Makin saw his storming run at the Qatar Classic ended at the quarter-final stage on Wednesday.

The Haverfordwest-born player was beaten in four sets by No 3 seed Tarek Momen of Egypt.

Unseeded Makin, who has reached a career high 33 in the world rankings, took the first set 11-8.

Momen levelled taking the second 11-6, but 23-year-old Makin had game ball to regain the lead in the third.

But Momen took it 14-12, before winning the fourth 11-6 to triumph in their 51-minute encounter at the Khalifa International Tennis & Squash Complex.

Momen, who had never played Makin before,  will now face countryman Ali Farag in the semi-final with Peru’s Diego Elias up against Simon Rosner in the other semi.

Elias had beaten world No 1 Mohamed Elshorbagy who Birmingham-based Makin had also ousted at the recent Weybridge Classic.

Makin is the first Welsh player to reach the quarter-finals of the event since Alex Gough 13 years ago.