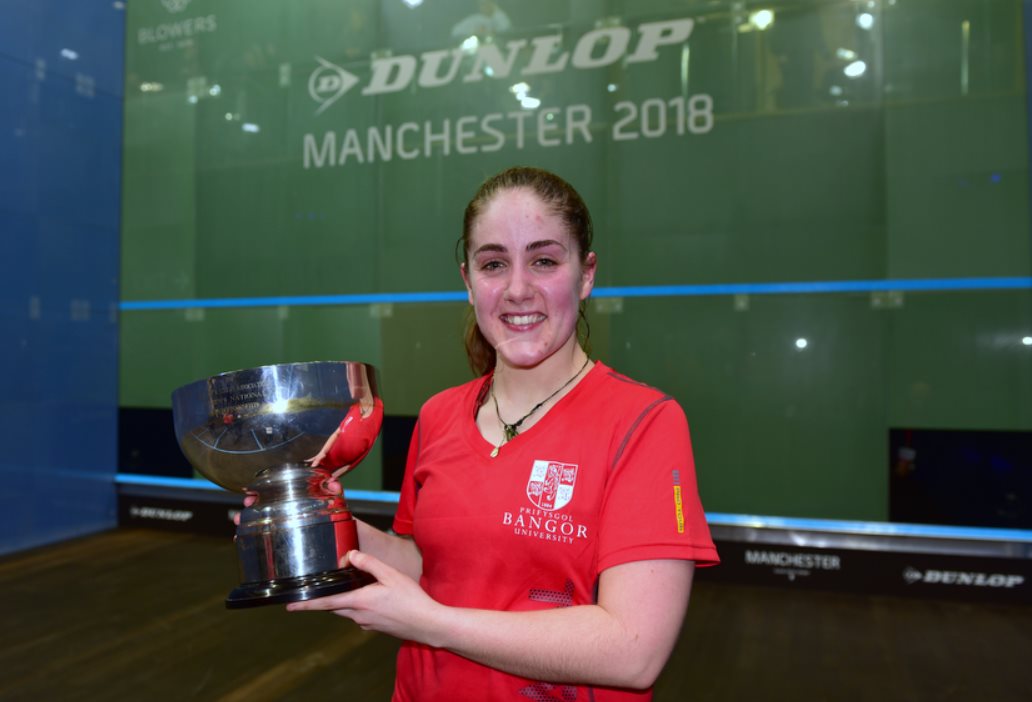 Tesni Evans will begin the defence of her AJ Bell British National title against qualifier Alicia Mead in the first round.

The 26-year-old had originally been seeded four for the event in Nottingham but has moved up one place with top seed Sarah-Jane Perry pulling out with a long-standing injury.

Evans made history last year when she became the first Welsh woman to win the British crown.

Qualifier Mead, who is ranked 120 in the world, reached the first round proper with victory over Katie Maliff.

Rhyl-based Evans beat Massaro in the semi-finals last year before triumphing over Waters in the final to make history.