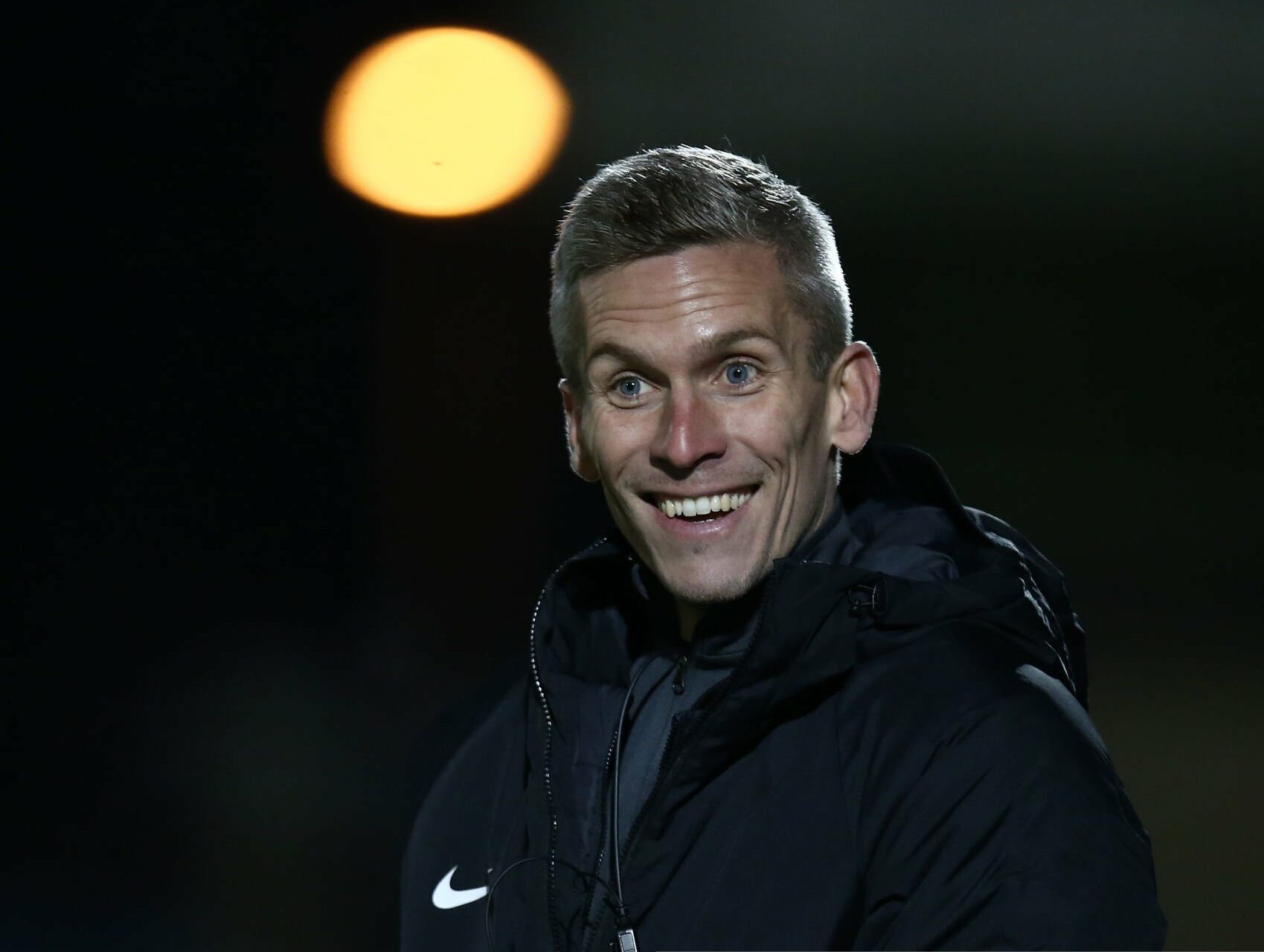 Steve Morison insists he is not worried about the short-term nature of his contract extension announced by Cardiff City.

The Bluebirds manager has been given a one-year extension to his current deal, which was due to expire at the end of the season.

Morison has been in charge since October, but his new contract was confirmed after Cardiff’s 1-0 home win over Derby boosted their Championship survival prospects, with Rams manager Wayne Rooney furious with the Welsh side’s winner.

The Bluebirds are now 16 points clear of Barnsley in 22nd place after a fifth win in nine games and some fans might have expected Morison to be given a two or even three-year deal.

But the 38-year-old claimed he was not concerned about agreeing only a 12-month extension and argued that the length of his stay will be determined by results, not paperwork.

“The length of a manager’s contract is irrelevant,” said Morison who took over after Mick McCarthy left the club back in October.

“If you are doing well, you will continue to do well.

“If you are not doing well, you will be out of a job, whether you have a three year contract or a one-year contract.

“From my point of view, it is just about being able to take the reins and move forward. I know we have a job to do next season, but we also know we still have a job to do this season. We are not quite there yet.”

Cardiff were 21st and just two points clear of the relegation zone when Morison succeeded McCarthy on the back of eight successive defeats.

Morison said: “I’ve been acting as if I was going to be here because you can’t sit here and wait. The things I’m putting in place will help the football club long term.

“We need to evolve as a football club and move away from where we’ve been because the game’s changing.

“We’ve got to move with the change and the recruitment and scouting teams know what type of players we want. It would be the same if someone else was here.”

Cardiff owner Vincent Tan, meanwhile, said: “I’ve been very pleased with the way Steve has improved our style of play and has helped get the best out of our younger and more established players.

“Steve deserves this opportunity following the hard work that he has put into driving the players forward on and off the field.

Steve Morison to remain Cardiff Manager till at least 2023

“I am confident that he is the right person to build a competitive squad over the summer months and I look forward to our continued, honest and positive working relationship.”

Uche Ikpeazu struck the 85th-minute winner, with Rooney insisting that Rams forward Festy Ebosele had been fouled before Cardiff launched their decisive attack.

Morison added: “I’ve looked at the moment back on video. He’s barely touched him and he’s thrown himself to the floor. Don’t forget too that the ball’s got to go from there down to the other end of the pitch.”

Rooney, however, was furious that the goal was allowed to stand and suggested that Derby have had a raw deal from referees in recent games.

“No one expects us to stay in this division,” said Rooney of a Derby side who are eight points from safety following a 21-point deduction.

“I think we have exceeded expectations. Now, we get within touching distance, has that ruffled a few feathers?

“Are we getting punished for picking up more points than we should have? We have asked questions before.

“It’s a concern, the decisions we are not getting. I brought this up after the last game. Maybe they have discussed that and they don’t like that. I respect the officials but it is concerning.”

@BBCSportWales @BBCRadioWales @CardiffCityFC Shocking decision to extend the contract of Steve Morison on the back of a few scrappy wins. He divides opinion amongst supporters, and the team are terrible to watch and going nowhere. #depressing

Derby have only 11 games left but Rooney refused to throw in the towel, adding: “It’s not over. We’ll keep fighting and keep going until the end. We are honest, young players trying to do the right thing every day and it’s difficult to take when these decisions go against us.”

As the game opened up, Derby looked like their energy had been spent and Cardiff created a number of half chances.

First, Jordan Hugill was brought down in the 61st minute after an interception from Tommy Doyle, who curled the resulting free kick tamely into goalkeeper Ryan Allsop’s hands.

Perry Ng and Joe Ralls were the next to try their luck from the edge of the box.

Ng blasted a shot from 30-yards that the Derby keeper did well to divert for a corner. Next, skipper Ralls nearly caught Allsop off guard when he curled a shot onto the crossbar after his corner was cleared back to him.

Morison’s changes had livened up an otherwise stale game and it was one of those changes, the appearance of striker Uche Ikpeazu, who had looked like Cardiff’s best player since coming on, who turned home a cross from Ng to win the game for Cardiff.