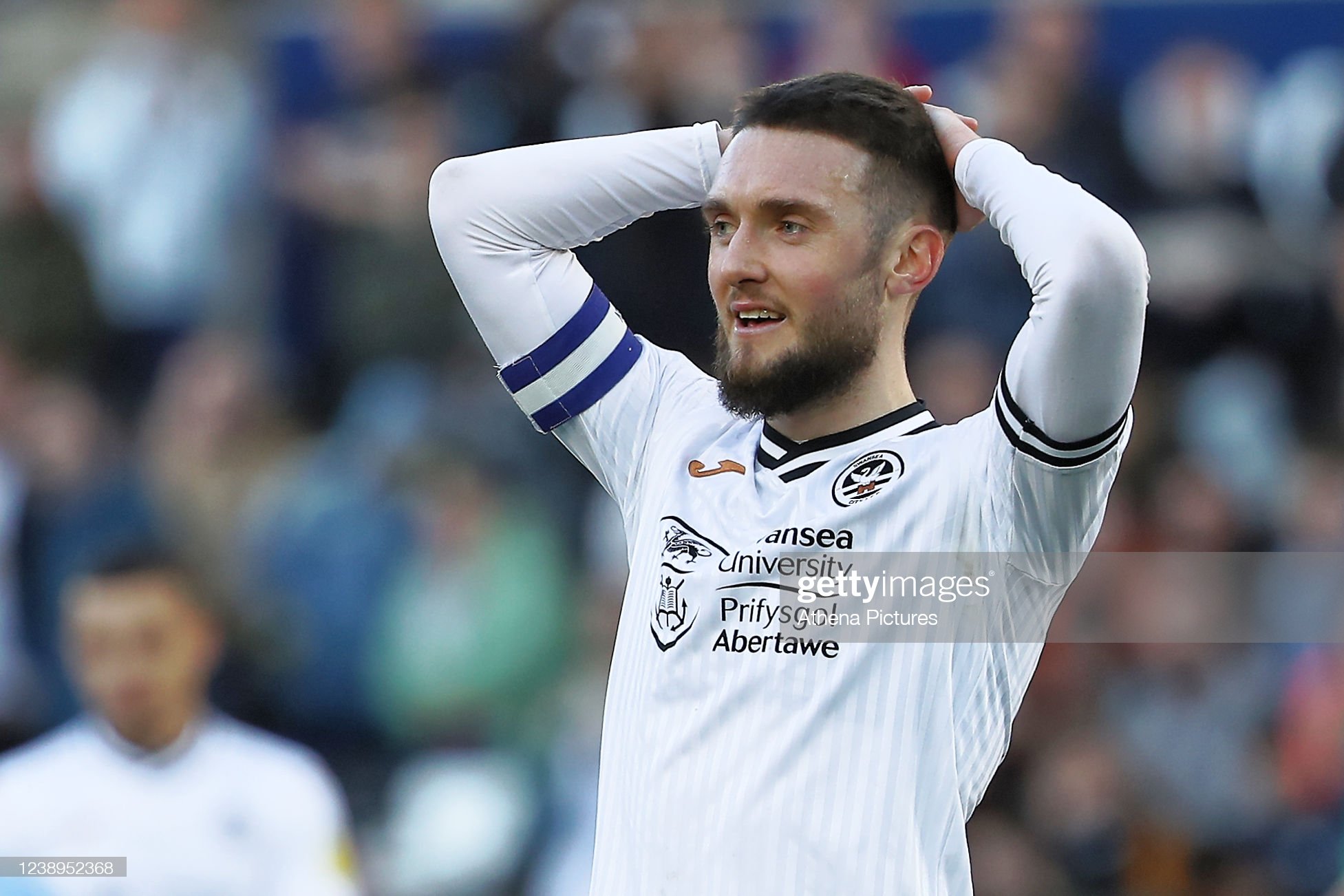 Matt Grimes has issued a staunch defence of Swansea’s topsy-turvy season and has insisted the club are on the right path.

The Swans’ 5-1 midweek thrashing by Fulham followed back-to-back victories for Russell Martin’s side and was indicative of a campaign where consistency of either results or performance has been absent.

Tuesday’s defeat has left the club in 16th place, just one place above rivals Cardiff City who could go above the Swans on Saturday if the Bluebirds win at home to Preston and Grimes’ side lose at Blackpool.

That would be another bitter bill to Swansea for supporters who were hopeful the club could build on their play-off final defeat of last season.

Instead, Cardiff, who have momentum, could be above Swansea in the table when the two clubs meet on April 2 in the capital – a match for which defender Ryan Manning will be suspended unless Swansea win their appeal against his sending off against Fulham.

But Grimes believes the club is making progress under head coach Russell Martin and the demanding style of possession football he has imposed.

“Our results haven’t been where we wanted them to be, but in the long run we are going to be successful,” said Grimes.

“I believe it, the players believe it and so does the manager. I wouldn’t have signed a new deal if I didn’t think we could do it.

“You can have short term success. It’s all well and good bringing in players just to win games in the short term, but when they go back to their parent clubs or are sold where do you go from there?

“At least here we have a clear identity and a way of playing. Any players who come in can fit into that system – those who leave either don’t fit the system or are sold for a big fee.

“The identity stays the same no matter who is playing. Other teams change their personnel and change the way they play as a result.

“The people we are bringing in have to be suited to the way we are playing. It is a different way of doing things, but everyone can see we have been absolutely fantastic in some games and not so good in others.

The Championship league table for 2022.

Only Fulham have won more points than Luton Town 👏🎩 pic.twitter.com/GhlzADYYPa

Swansea have only won 12 of their 34 games in the Championship so far this season and although they have a game or two in hand on most of the clubs above them, the Fulham defeat seemed to rule out any faint hopes of a dramatic late run for the play-offs.

They are 13 points behind sixth-placed Luton Town, with one game in hand and mid-table looks to be their destination, with eyes are already fixed towards next season.

“That’s the price you pay for the transition and a long term project,” added Grimes.

”After a lot of our games players from the opposing team have come up to me and say they would love to play for us because we play such an exciting and appealing brand of football.

“That’s exactly what we want to build on. We want to be a team that dominates the ball and who, out of possession, is a high pressing side.”