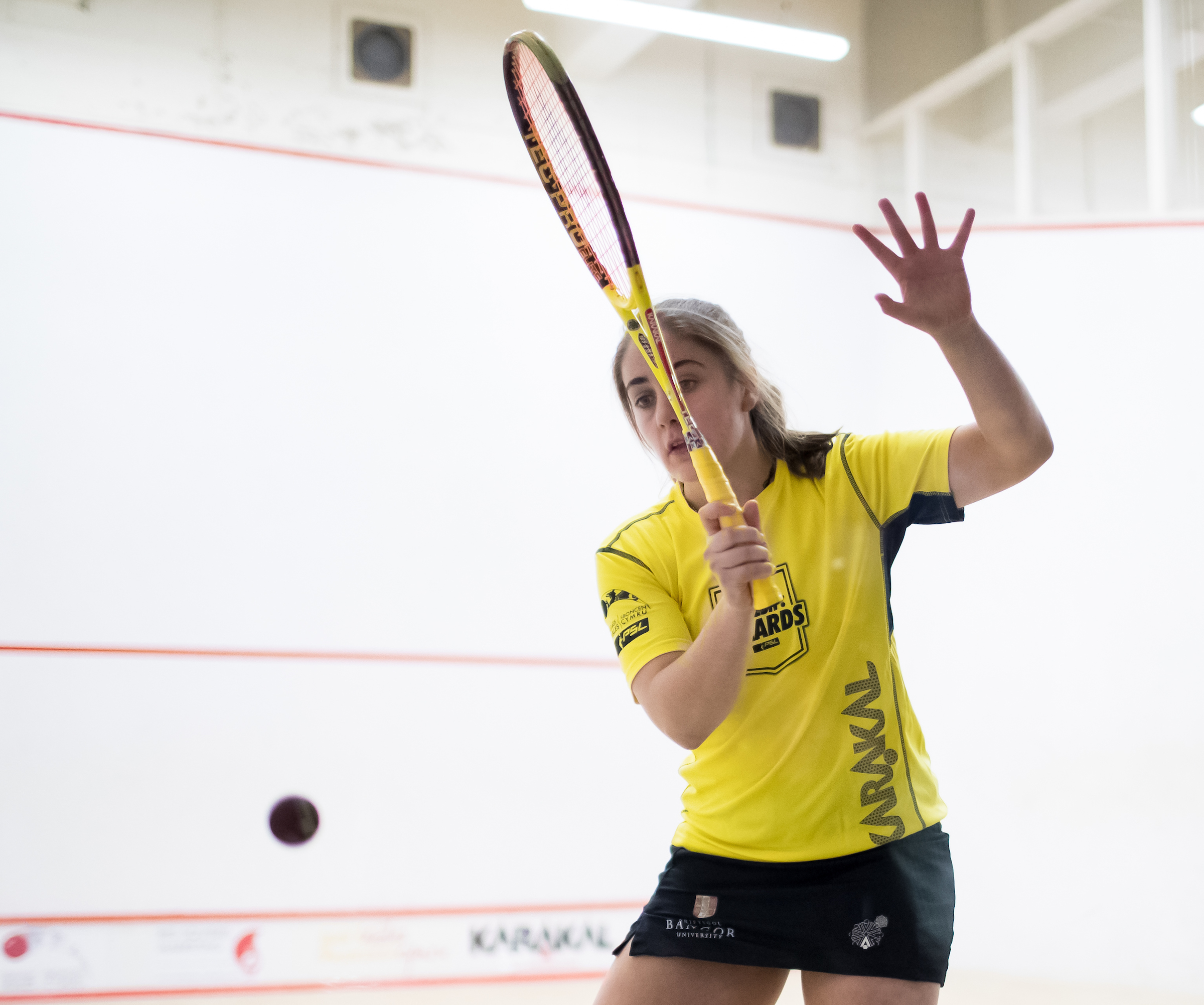 The Welsh world No.10 beat England’s Millie Tomlinson in three games to make it through to the last 16 of the prestigious event and its iconic location at Grand Central Station.

Evans had recently played Tomlinson at the Monte Carlo Classic in December and had been taken to five sets by the world No.25.

“We played at the back end of December and it was a five setter, and it was brutal,” said Evans.

“I learnt a lot from that match, and what I needed to do today. No matter what the score was, or the time, I knew it was going to be tough.

“I couldn’t be happier, not just to win, but to get off in three and to get comfortable on this court.

“In that previous match, I was 2-0 up, so that was definitely going through my mind. I was 2-0 up against her and it was brutal.

“Even at 5-10, or 6-10, I knew she was capable of coming back and winning that game and then it gets messy from there, really. So really happy to work it out.”

Evans will now meet another English opponent, Alison Waters, the world No.9, for a place in the last eight on Monday night.