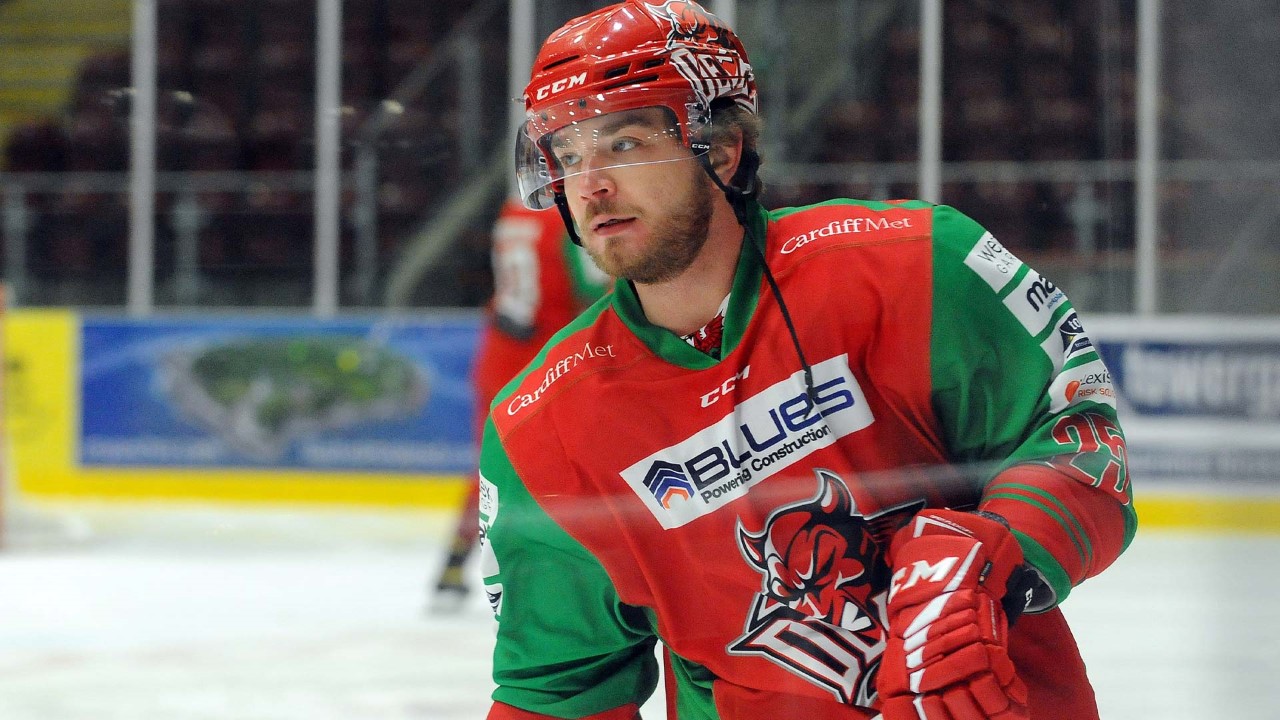 It’s been over a month since the Devils suffered their first-leg Challenge Cup quarter-final defeat to the Dundee Stars, but the Devils will finally get the chance to overturn that 4-2 deficit tonight on home ice.

Jarrod Skalde’s side have bounced back strongly from that defeat to the Stars on 8th December having since lost just three of their last 14 games, culminating in a 3-2 win over the Fife Flyers on Sunday.

Stephen Dixon scored twice whilst recent signing Jake Coughler continued to impress as he extended his point-per-game record in a Devils jersey. Coughler’s confident one-handed tuck past Flyers goaltender Shane Owen gave the Devils a 2-1 lead in the first period and notched his seventh point (six goals and an assist) in as many games.

The game also marked an encouraging debut for the Devils’ newest addition to their roster, 5’ 7” centreman Riley Brandt.

The Devils moved to sign 25-year-old Brandt after learning Josh Lammon would require shoulder surgery that would rule him out for several weeks.

Arriving from playing in Canada’s ‘USports’ university league, Brandt arrives in Cardiff looking for regular ice-time after a combination of injuries and Covid left him sidelined for the best part of the last three seasons.

“I tore my ACL during the off-season, I rehabbed it all year and in the first game back, I tore it again and then the Covid year happened, so the three years were a tough time for me,” he told the official Cardiff Devils website.

Despite his small stature, Brandt arrives with a reputation as being a fully committed, hard-hitting forward and quickly lived up to his billing against the Flyers with some big hits helping set the tone for the Devils. And just as the signing of Coughler has lifted the team with some secondary scoring, it’s possible Brandt could make an equally as big impact by adding some more tenacity and physicality to the Devils line-up as the season begins to heat up.

“It’s definitely an adjustment period, I haven’t played a game since the end of November so it’s been a while, but nonetheless the boys made me feel super welcome and showed me the ways a little bit too, so it was good to get it out of the way,” said Brandt.

“I’m a shorter guy, but a little stockier so I hold my weight out there. I just like throwing my body around and getting the boys going – it’s definitely a big part of my game.

“I like to shoot the puck too, that’s been my goal the last few years to score some goals. Hopefully I can get a couple in the net this year.”

Tonight’s game with Dundee is the start of a four-game homestand for the Devils that sees the Belfast Giants visit Ice Arena Wales on Saturday night, before the return of crowds for games against the Fife Flyers and Nottingham Panthers on back-to-back nights the following weekend.

With the games coming thick and fast, Brandt has every opportunity to successfully relaunch his professional career as a Cardiff Devil.