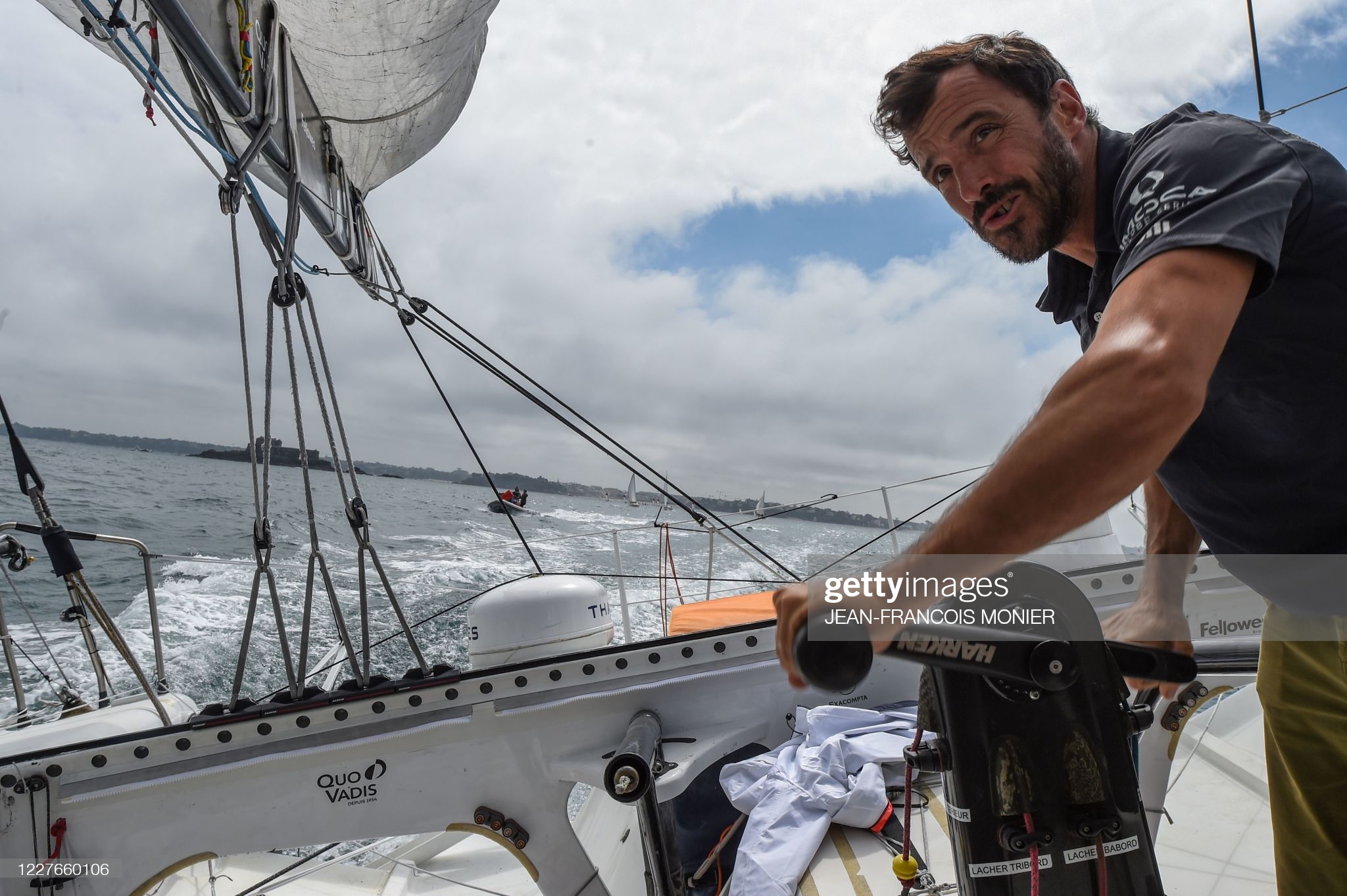 The “Everest of the Seas” is how they bill the Vendee Globe, the most testing individual event in sailing. Welsh sailor Alex Thomson almost reached the summit four years ago and this time there was a place on the podium for another competitor with Welsh links as Graham Thomas reports.

Welsh sailing can claim a hand in the making of Louis Burton, who came close to winning the prestigious Vendee Globe round the world yacht race, which finished in the final days of January.

Born in Paris, Burton is a Frenchman but attributes his love of the sport to his Welsh father, Michael, who taught his two sons how to sail on family holidays to the Brittany coast.

Those lessons must have given him a solid start and laid the foundations for Burton’s third place in the race that is the ultimate test of solo, non-stop sailing.

Burton was actually second across the finish line, but this year’s edition of the race – which takes place every four years – has been labelled a classic, and even the greatest Vendee Globe ever.

The winner was Yannick Bestaven, another Frenchman, who finished third behind Burton and Charlie Dalin. But Bestaven was declared the winner after being handed a time bonus of more than 10 hours for the part he played in rescuing a fellow competitor.

The time given back was his reward for hours spent in the search and rescue of Kevin Escoffier, whose boat had broken up and sank on November 30, 800 miles south west of the Cape of Good Hope.

That gave Bestaven the win, with Dalin second and Burton third – following in the slipstream of fellow Vendee competitor, Welsh sailor Alex Thomson who was runner-up in the race four years ago.

All this global glamour in high technology boats worth over £5m each might seem a long way removed from a youngster learning to sail in a little Optimist dinghy around the coastline or lakes of Wales.

Welsh sailing has a few in a variety of formats – from Olympic gold medal winner Hannah Mills in the 470 class, through to Bleddyn Mon, who is set to be part of the multi-million pound Ineos Team UK bidding to win the America’s Cup.

“I think it’s important for all sports to have role models young people can see and identify with,” says Sarah.

“We do a lot of goal-setting with young sailors to try and find out what their long-term aspirations are. If we have Welsh sailors who are achieving those goals then it shows they are achievable.

“On the other hand, I’ve had conversations with 13 and 14-year-olds and asked them, ‘do you know who Bleddyn Mon is? And they don’t. They just about know who Hannah Mills is but they wouldn’t know a lot about her.

“I think it’s because they have a view of wanting to be the world champion in the Optimist class, because that’s the type of sailing they know.

“It’s a bit different in youth sailing and they might be looking to be like Bleddyn and Hannah, but for the younger ones maybe we just haven’t been very good as a sport in promoting those people.

“Maybe if they were able to meet some of these role models they might be a bit more inspired. That’s no blame on the athletes themselves – they are super busy people, they often live on the south coast of England and they train abroad for a lot of the year.”

Both Mon and Mills should have a chance to heighten their profiles over the new months with that Americas Cup battle due to be held in March – provided Team UK comes through the Challenger Series against Italy and the USA – and then Mills defending her medal at the Tokyo Games this summer.

For the moment, there is plenty of time for young Welsh sailors to study footage and pick up tips as the lockdown threatens to prolong their normal winter break.

Welsh squad hopefuls are able to concentrate on their individual physical training programmes at present, but the nearest they are getting to a racing experience is an online programme called, Virtual Regatta.

If you’re new to sailing or want to get started in sailing, why not start learning now from the comfort of your own home! The Virtual Regatta game can help you learn some of the basic skills you’ll need to get out on the water.https://t.co/BrzSDXES9p pic.twitter.com/vp6rRixYWK

“In terms of keeping their brains engaged with decision-making, it’s a fantastic tool,” adds Sarah.

“We often have Zoom sessions that are linked to the online game, so that we can have a chat about racing at the same time we’re playing, which is actually quite good because that’s not something that’s easy to do when everyone is on the water in their individual boat.”

The hope, though, is that the virtual world will make way for the real world sooner rather than later and that young Welsh sailors can return to the water.

“Summer is the best recruitment time for the sport, anyway, but we’re keeping fingers crossed that by the time we get to the spring or summer then we can start to operate again on the water through all our clubs.”