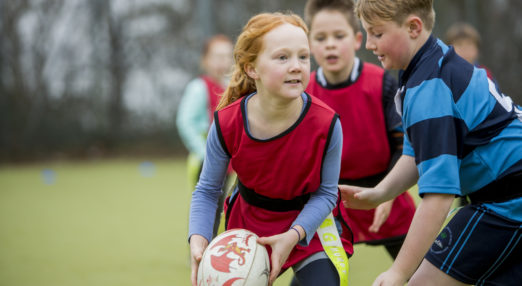 The WRU has suspended all junior rugby in Wales. Pic: Getty Images.

Welsh rugby is under pressure to fall in line with other sports and reverse its new ban on junior and grass roots participation.

A petition from Cardiff club Canton RFC has called on the Welsh Rugby Union to lifts its suspension on playing and training in the current locked down areas of Wales.

The WRU imposed the ban on Monday morning, but they have been accused of jumping the gun and going beyond current guidance from Welsh Government and Public Health Wales.

Up until now, clubs have been allowed to train provided they followed social distancing regulations.

A statement from the Union, sent out to all clubs, said: “Following the additional local restrictions announced by Welsh Government for Neath Port Talbot, Torfaen and Vale of Glamorgan, all community rugby training in those County Boroughs will be suspended until further notice in line with government timelines.

“This means there will be no sanctioned Club or Female Hub rugby training activity in those areas from 6pm this evening (Monday).

“Whilst we acknowledge that schools are remaining open, we want to play our part in limiting community transmission at this time, and our priority here is player welfare and public health.

“Our clubs have been patient and resilient to date, and we know that you will want to play your part in helping the local communities get back to normal as quickly as possible.”

The WRU guidance has gone to clubs in affected areas including the south Wales valleys, Newport, Cardiff, Bridgend, Vale of Glamorgan, Swansea and parts of Llanelli.

Public Health Wales told the BBC they are not aware of giving any advice on playing rugby in the context of local COVID-19 restrictions to either the WRU or Welsh Government.

The petition – posted on the Change.org site – states: “The WRU have made all clubs whose region falls under lockdown measures, cease training!

With the awful weather & waterlogged pitches last Winter followed by Covid, many junior rugby players in Wales have played little rugby since May 2019. That could be a 2 year gap in playing. That’s a disaster for our sport. 😥

“This goes against Welsh government guidelines. It’s the only governing body to do so.

“FAW have made no such restrictions, nor has anyone else that we can see.

“Rugby helps with children’s mental and physical wellbeing, in what has been a really tough year for all, especially the children. To take away what for some may be their only physical exercise and social interaction is wrong and as previously stated against the government recommendations?

“Please help in lobbying the WRU to change this policy so we don’t deprive the children of much needed exercise and social interaction.”

The Welsh Government says its guidance “provides a framework” for sports to take place “safely”.