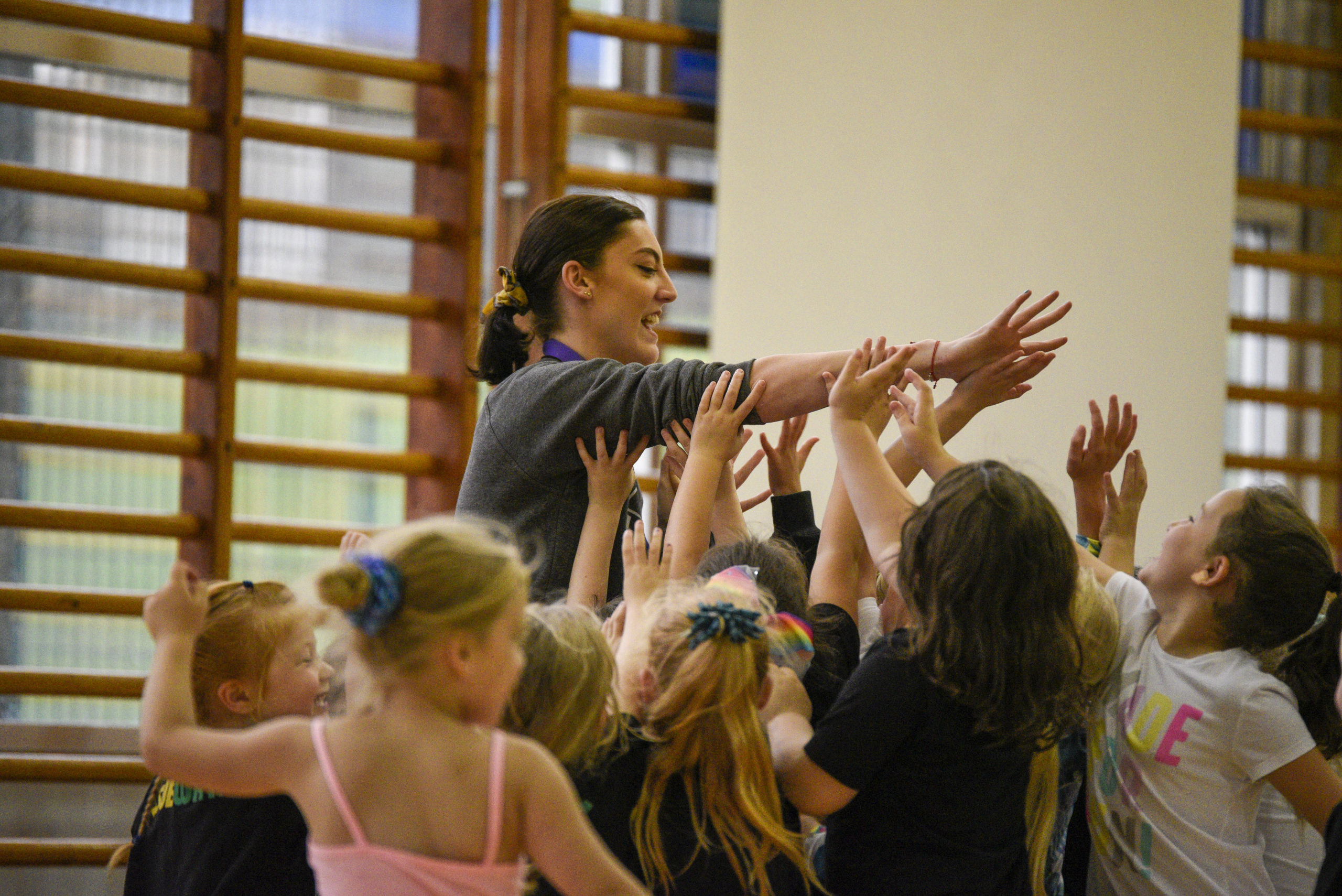 Taylar Moore of Rhondda Netball with players from the Rhondda Rascals.

Rhondda Netball are calling on supporters to back their bid for a share of £1m as they aim to develop more role models and leaders within their organisation.

Having already become a regional winner, the Valleys netball charity – one of the largest female sports participation programmes in Wales – need online votes to win the top cash prizes on offer.

Rhondda Netball have already made the shortlist to win a share of Persimmon Homes’ Building Futures £1million pot, supporting under-18s across the UK.

But now they are urging people to back their attempt to win up to £100,000 in October – a figure that would enable them to transform the number of female leaders in their community.

Those leaders are the girls and young women who help spread the benefits of sporting activity throughout their area.

Jody Barnes – operations manager at Rhondda Netball – says: “It is a huge achievement to have been selected as a regional finalist, but now we really need people to get behind us and get voting so that we are in the strongest possible position to earn one of the top three cash awards on the night.

“Voting could not be simpler. Just log on to www.persimmonhomes.com/building-futures/ and select Rhondda Netball and vote for us. We would really appreciate everyone’s support.”

In less than five years, the organisation – headquartered on the Gelli Industrial Estate – have blossomed from a small group with a handful of participants, into one of the major participation success stories in Wales.

Not only do they provide netball training and matches for over 700 girls each week in an area lacking in facilities and infrastructure, but the impressive range of their activity goes from primary school age to grandparents.

But their aim is not just to grow netball participation. They also want to produce more role models from within – coaching and organisational talent that can spread the word further and challenge gender inequalities.

That is why they set up a community coach and role model development programme. Much of the prize money they are chasing would be used to further enhance this scheme.

“We recognise the importance of developing community leaders and role models to create a big-hearted “giving back” culture, but also to make sure the initiative is sustainable from a leadership perspective,” adds Jody.

One of the 22 youngsters currently on the programme is 22-year-old Taylar Moore.  She is head coach of Ferndale Netball Club, but she also organises Treorchy Rascals – a netball activity for four to seven-year-olds.

Those leadership roles means she has a direct impact on the lives of around 140 girls involved in the sport.

“We want more Taylar Moores! These girls are the most popular people in the Rhondda and a true reflection of the fact that not all superheroes wear capes!” says Jody.

“I hope people support us with votes, because we want to fully equip these young leaders to be out in the clubs, making significant impact on participants’ lives – impacting their physical well-being, emotional and mental wellness.

“It’s also a platform for females to be socially engaged and to reap all the benefits that sport can bring to an individual’s life, whilst at the same time giving these young leaders a higher chance of employment and university enrolments in their futures, if they decide to move on from the programme for any reason.”

Building Futures is being delivered through the Persimmon Charitable Foundation. Through the scheme, a total of 128 grants of £1,000 have been awarded to groups supporting sport, education and arts and health across Persimmon’s 31 regional businesses and its head office.

Persimmon Homes is an official partner of Team GB and the Persimmon Charitable Commission enlisted the help of athletes Jason Kenny and Laviai Nielsen to help determine the three regional finalists for each business division.

One initiative from each category will go on to win £100,000 each through a national award scheme to be decided by a public vote.

Online voting opened on 27 July and will close at midnight on 18 September 2020.