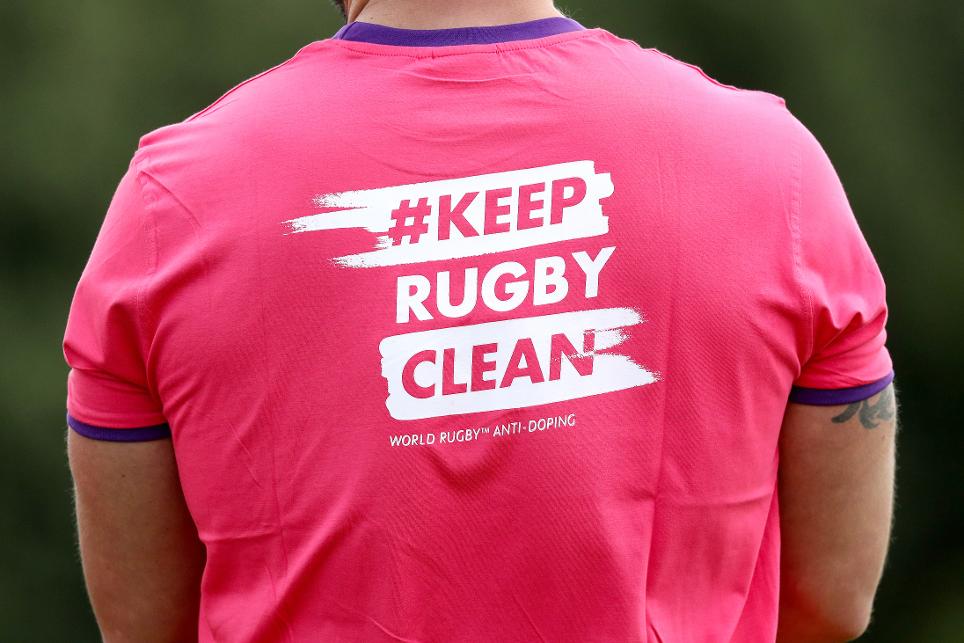 When Jesse Patton of Ystalyfera RFC became the latest Welsh rugby player to be banned for steroid use it helped give Wales an unwanted victory over England. There have now been more positive drugs cases in Wales (registered players – 83,000) in the last seven years, than in England (registered players 382,000) as Paul Jones reports.

Welsh rugby was back in the dock last week after bans on three more players found guilty of drug taking were announced by UK Anti-Doping.

It took the number of players currently serving UKAD bans in Wales to eight. That compares to 13 in England, one in Scotland, eight in Rugby League and six in UK Athletics.

Only Rugby League has a worse historical record, according to the UKAD website, with 23 cases going back to 2013. Between them, the two codes of rugby have provided 61% of the positive cases, with players under the control of the RFU accounting for 20% and the WRU 18%.

“A cocktail of prohibited substances like this is a serious health risk and raises a lot of alarm bells,” she said.

The global perspective of the problem was brought into sharp focus in South Africa this week when former Springbok hooker Chilliboy Raleppele received an eight-year ban at the beginning of this month for his third doping violation. He is considering an appeal after Zeranol, an anabolic agent, was found in a sample given by him in January, 2019.

Another Springbok, World Rugby’s ‘International Newcomer-of-the-Year’ in 2018, wing Aphiwe Dyantyi, tested positive for methandienone, methyltestosterone and LGD-4033 during routine testing at a training camp last year. He is still awaiting his hearing, but could face a four-year ban.

The bans announced last week on the three welsh players amounted to eight years in total, although one of the players named, the Aberavon prop Mike Burgess, will be able to play again in October. He was only 21 when he tested positive for cocaine after a WRU Premiership game at Bargoed on 20 October, 2018.

In his evidence he claimed to have used the drug for recreational purposes six days before the match and thought it would have been out of his system by game day.

“As soon as we heard of the offence Mike’s contract was cancelled, but we supported him through the process and worked very closely with the WRU,” explained Aberavon head coach, Jason Hyatt.

Is it worth it? You can be banned from rugby for 4 years for the use of recreational drugs. #CleanSportWeek pic.twitter.com/2us2abk4Kz

“This whole area is a minefield, but the players know where they stand as far as the club is concerned. We do not tolerate the use of drugs in any shape or form.

“At the end of every season we have a wash-up session with all the players warning them about the dangers of using supplements that aren’t properly labelled and don’t come from reputable suppliers. We don’t see them for six weeks in the summer and the idea is to ensure they don’t fall foul of the system.

“Jeremy Rogers, the WRU policy and integrity manager, comes down at the beginning of every season and talks to the players to updated them on procedures and where to go to find any and all information they might need. We also have a very good and experienced medical team to help out players.

“When Mike tested positive it had a huge effect on everyone connected to him. He was a young man who had come through our youth section and was trying to make his way in the game – he had huge potential and talent.

“He was open and honest in his admission and we all just hope he has learned from what has been a very harsh lesson. He will be able to play again in October and he now has to find a club at which he can start to resurrect his career.”

Ironically, Burgess’ positive test came two days after Rogers fired a warning shot to every player in Wales in the wake of a four year ban handed out to the then captain of RGC 1404, Maredydd Francis. The north Walian second row admitted using 19-nortestosterone & 17α-epitrenbolone after testing positive for a game at Aberavon earlier in the year.

“We are committed to our anti-doping education and awareness programmes. We’ve increased our efforts to train a network of UKAD educators and advisors and club integrity officers to ensure players, coaches and athlete support personnel are well-informed on issues such as supplements, medications and anti-doping rules and are fully aware of their responsibility in the matter,” announced Rogers.

“We hope that these measures, and the lengthy punishments received by players who violate the rules, will reduce the risk of long-term bans which damage players’ on and off-field careers, the reputation of all involved, not to mention the general health of players.

The latest list of offenders makes it look as though those words fell on deaf ears. While Burgess received two years, so too did