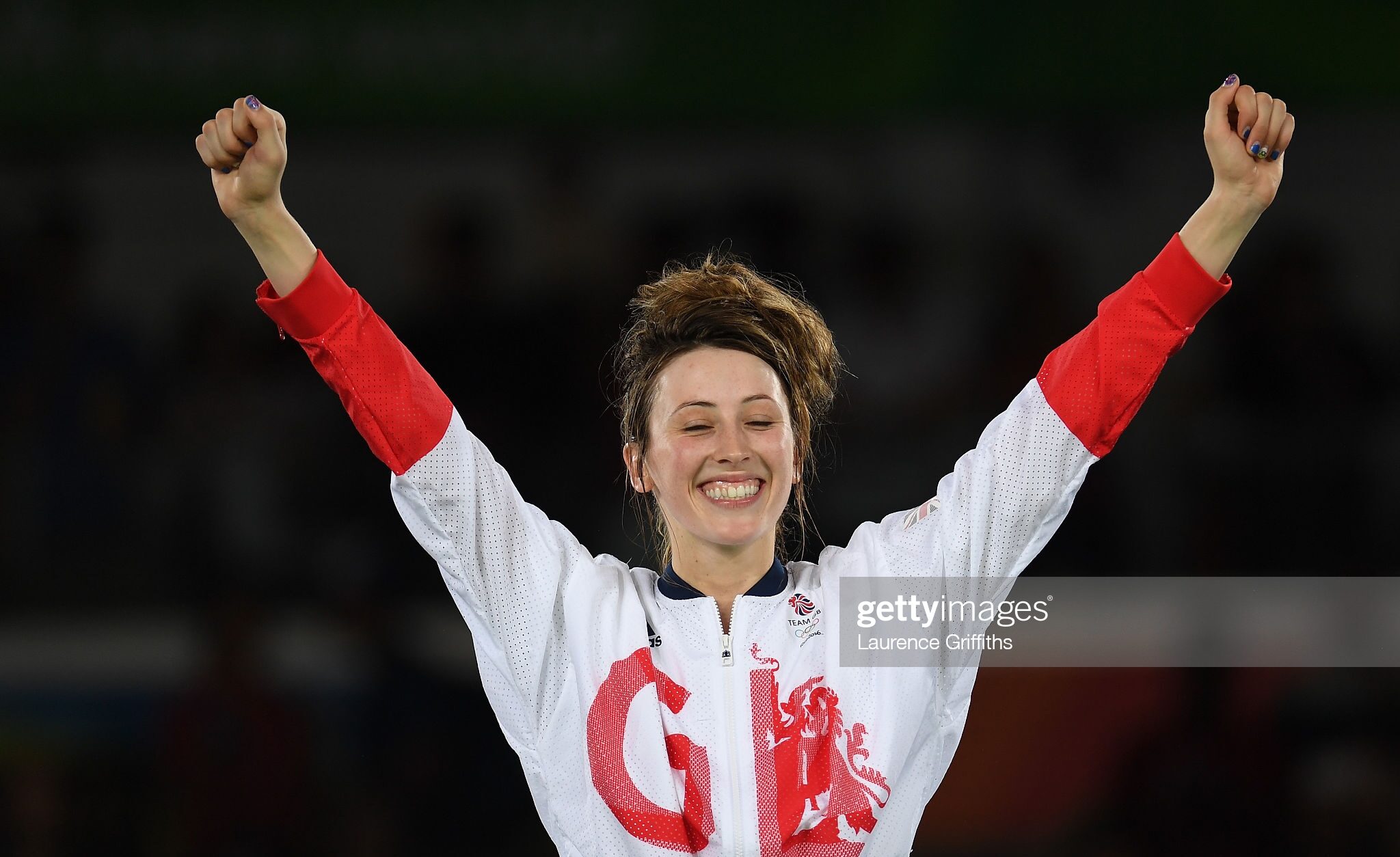 Jade Jones celebrates her win at the 2016 Olympics. Pic: Getty.

There have been many Welsh Olympic memories over the years and there’s sure to be many new ones created over the next few weeks in Tokyo. Fraser Watson takes a look at the highs and lows of the years gone by.

So, never before has Wales boasted so much representation for an Olympic Games held outside of the UK.

And never before, has there been an Olympic Games so clouded by uncertainty and trepidation.

The 26 Welsh athletes currently in Tokyo with team GB have to be as focused upon Covid-19 guidelines as they do about competing, having already witnessed a number of athletes have their dreams shattered by a dreaded positive test.

The absence of spectators, not to mention a Japanese population largely opposed to the games as the country struggles to combat a surge in cases, all makes for the most peculiar of sporting carnivals.

And yet, the show has begun, and seemingly will go on.

Welsh competitors have amassed 68 medals since the inaugural summer games in 1896, and a host more in the Paralympics since they got underway in 1960.

And it hasn’t just been those made from Gold which have produced some iconic memories.

From the many moments of joy, and heartbreak, Welsh athletes have enjoyed or endured, here’s five that history will never forget.

Fittingly, we start with the last Summer Olympics held in Tokyo – and 1964 was also unique, albeit for different reasons.

The Games were the first to be telecast internationally, which proved timely for one certain son of a coal miner who’d been born and bred and Nant-y-moel.

Few however, expected a jump of 8.07 metres to clinch Gold, ending a run of eight consecutive American victories in that discipline.

Davies has since modestly maintained that the cold, rainy conditions, which resembled an October day in Wales, played into his hands. Regardless, on that day a global star who for evermore would be dubbed Lynn ‘the leap’, was born.

For context, no Welsh athlete has won an Olympic Gold medal in track and field since, and it wasn’t until Greg Rutherford in 2012 that a British man would repeat the feat in long jump.

Ralph battled the odds for Bronze:

So much so, that they made him qualify twice.

Aged just 19, the Tonypandy man had been Welsh ABA light flyweight champions two years previously, but beating Mickey Abrams in an eliminator fight for a spot in the Games in Munich did not go down well with authorities.

Englishman Abrams had been touted to captain the GB squad and Evans was dubiously ordered to give him a rematch – only to prevail again.

And despite the misgivings of management, Evans proved his worth in Germany with three straight wins before being beaten by Hungarian Gyorgy Gedo in the semi-finals.

Still, his exploits earnt him a Bronze medal – a performance that remained the best finish by a Welsh boxer at the Olympics until 2012, where Fred Evans won a Silver.

His career after Munich? There wasn’t one. Evans retired immediately after the Olympics, leaving many wondering what might have been.

“It was the day his dream was not realised.”

The words of commentator Barry Davies summarised the sadness at one of the greatest athletes Wales has ever produced retiring without the one medal he craved.

By the 2000 Sydney Olympics, Colin Jackson was 33 and you sensed his peak years were behind him. But whether it was hope, belief, or an over reliance on nostalgia, the Welsh public were willing the 110m hurdler to produce a fairy tale.

His career had yielded Gold medals at World Championships, both indoor and outdoor, European Championships, and the Commonwealth Games, plus a world record that would stand for nearly 13 years.

But after a Silver medal in Seoul, he would be injury plagued for the Games that followed in Barcelona and Atlanta, and the Sydney final undoubtedly represented his last shot at Gold.

It wasn’t to be, with Jackson fifth in a race won by Cuba’s Anier Garcia.

His career remains a great one. But it deserved an extra type of Gold to cap it.

Following the Athens Paralympics in 2004, Tanni Grey-Thompson would compete in wheelchair racing for three more years, but never again would she grace the stage she made her own.

She arrived in Greece already with nine Gold, four Silver, and a solitary Bronze to her name, a total amassed since her debut at a Paralympics in Seoul in 1988, and would leave with two more of the former added to the list.

She would later say Athens was the most emotional she’d ever been after races and indeed, there were tears of sadness when she struggled to a disappointing seventh in the 800m but they turned to joy with wins in the 100m and 400m.

Performances at the Paralympics don’t even begin to tell the fully story of her legacy of course. But the fact she’s now known as Baroness Grey-Thompson, DBE, speaks volumes.

As a youngster, Jade Jones was said to have tried swimming, football, rugby, badminton and athletics – before setting her sights on taekwondo.

Fair to say that when she did stumble on the right choice, she did so spectacularly.

She had already won Gold in the 2012 Olympics in her -57kg class when she rocked up in Rio on the brink of history. Sure enough, she duly defended her title with a masterclass in the final to beat Spain’s Eva Calvo 16-7 – becoming a double Olympic champion at the tender age of 23.

And she’s not done yet. The now 28-year-old from Flint is in Tokyo aiming to become the first British women to ever claim three back-to-back gold medals at successive Olympics.

Few would bet against her.