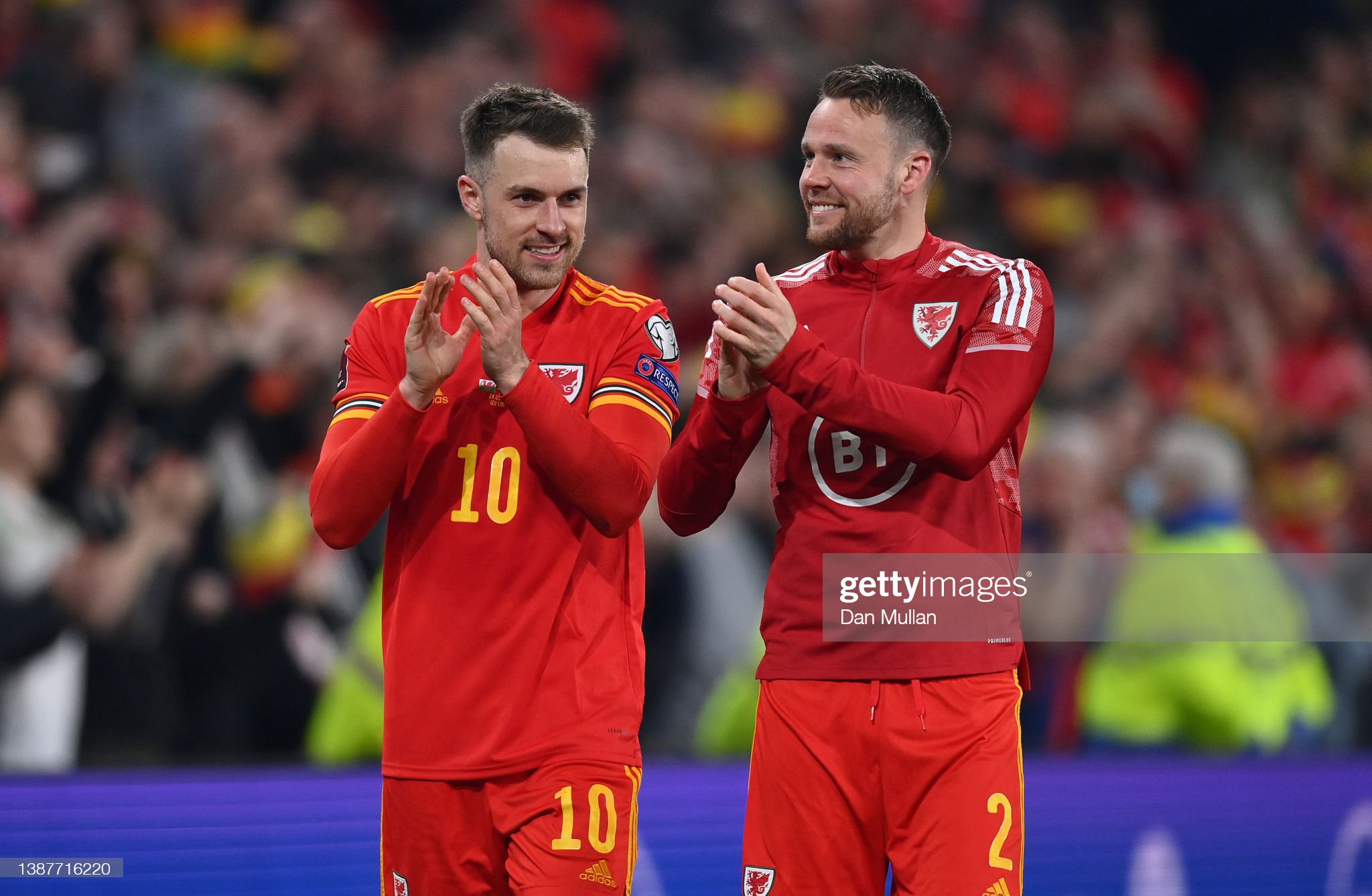 Ramsey, known for his stellar performances in the big games, was unable to help Rangers lift the Europa league when his penalty was saved by Frankfurt’s impressive goalkeeper, Kevin Trapp.

After the disappointment of the final defeat, Ramsey will have to dust himself off quickly. The Rangers will seek redemption against the Hearts in the Scottish Cup final on Saturday, before Ramsey turns his attention to Wales’ crucial World Cup play-off final.

Wales will face the winner from the Scotland Ukraine tie and will have to be ready for a tough challenge in Cardiff on the 5th June. Ramsey is a crucial part of the Welsh set up and Page has made it clear he still has total confidence in the playmakers’ ability.

“It happens to the best in the world. Top players, they put themselves up,” said Page.

“I am so proud of him. He is a world-class footballer. He had the courage and conviction to take a penalty.

Wales manager Rob Page says he has “full faith” in Aaron Ramsey taking a penalty should he need to do so in World Cup play-off final v Scotland or Ukraine.

“Top players recover from that, no problem. I have no doubt whatsoever if it comes to penalties that he will take one.”

Wales’ number 10 is a confident player. He has total authority when on the pitch and it is crucial that he is in the right mindset to take control of the game.

As the players return to camp, Page will have to manage his team and ensure that their bond is as strong as ever as they move towards the crucial World Cup qualifier.

“I nearly messaged him (Aaron Ramsey) on the way down this morning. But then I thought I would give him some space,” said Page.

“I can’t wait to get him in the building and back with his mates. I will have a one-on-one with him.

“Aaron will be fine. Big players step up for big occasions. Wednesday didn’t go his way.

Not sure how Wales should line up for the play off final, for once we have a selection dilemma!

You could make a case for all of Bale, Johnson, D. James, Wilson, Ramsey and Moore to start in the front 4.

There’s two really good right backs: and does Rodon get his place?

“He will recover in a positive way now. As disappointed as he will be for himself and Rangers as well because they showed loyalty in taking him in and giving him games, he will bounce back.

Lately we have seen a trend towards managers who bring on ‘penalty specialists’ minutes before high pressure penalty shootouts. In Ramsey’s case however, this move was unsuccessful against Frankfurt.

The issue with this approach is that it is very difficult for players to get the feel of the game when they’ve not been a big part of it. Ramsey came on for the final three minutes of extra time for Rangers and proved that, even for the best players in the world, if their first touch is a penalty, anything can happen.

“It’s difficult because you have to be up to the pace of the game,” Page explained.

“We see it time after time… It happened recently where the players’ first touch after he comes on is missing a penalty.

“It’s unnecessary pressure for the player. I wouldn’t make the substitution. If it was forced and you have to take a penalty then you have to get on with it.

“But I wouldn’t like to play god with regards to that.

“Personally I wouldn’t bring a goalkeeper on in the last minute because he is better. I think it’s disrespectful to the other keeper.

“They have earned the right to play the game so what happens if there is a penalty in the 90 minutes?”

If Wales are to face Scotland, Ramsey will likely face a fair amount of stick from Scottish fans. But Page is adamant that his number 10 is a tough enough player to deal with anything:

“We can’t influence that. It is what it is. He won’t let that affect him.

“That’s football. We would probably do exactly the same if it was roles were reversed.

“Any little gain you can have you take the advantage of it. He’s big and strong enough to deal with that.”