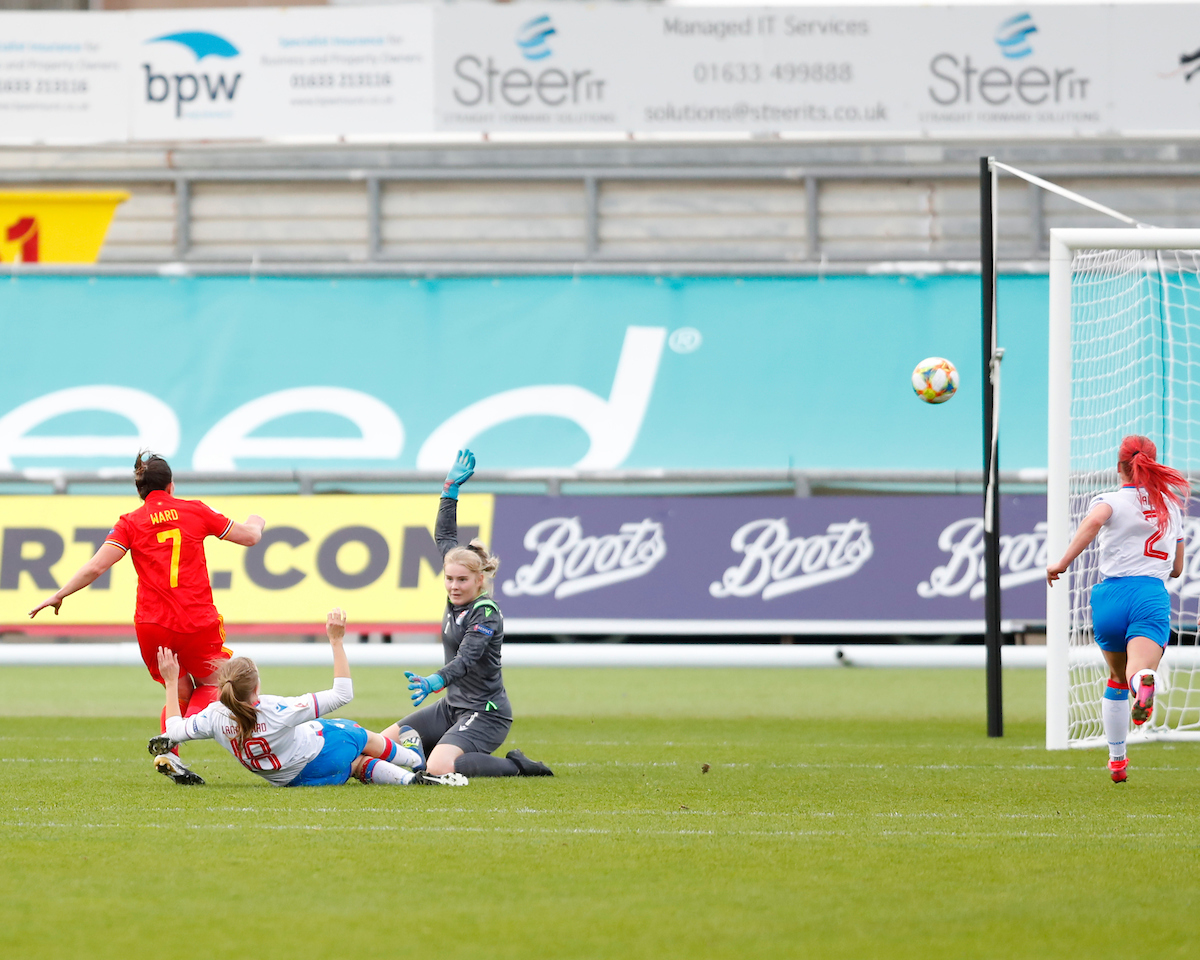 Helen Ward extended her Wales goal scoring record to 43 by firing in the opener against Faroe Islands. Pic: Kunjan Malde/FAW

Wales moved closer to qualifying for their first major finals with a thumping Euro2022 victory over Faroe Islands at Newport’s Rodney Parade.

The win consolidated Jayne Ludlow’s side second spot in Group C, four points behind leaders Norway who they face in Cardiff on Tuesday.

But Wales could still need a point against Norway to keep qualification in their own hands.

Wales had enough chances to have repeated the 6-0 scoreline from the game in the Faroe Islands before half-time.

But they had to wait until the 33rd minute before Ward broke the deadlock, rifling home from 15 yards after Jess Fishock’s threaded pass.

The Watford striker’s effort took her record goal tally for her country to 43 in her 92nd appearance.

Ward (twice), Harding – who grabbed a hat-trick in the previous encounter – and Angharad James all had good chances.

And Kayleigh Green hit the post minutes after Ward’s opener.

Jess Fishlock, maybe with an eye on the crucial game with Norway on Tuesday, was replaced at half-time by Josie Green.

Harding doubled the lead in the 58th minute as she stabbed home a loose ball before adding another goal three minutes later to take her tally for Wales to 18.

Sub Lily Woodham marked her debut with her first goal for Wales with a fine header on 67 minutes: