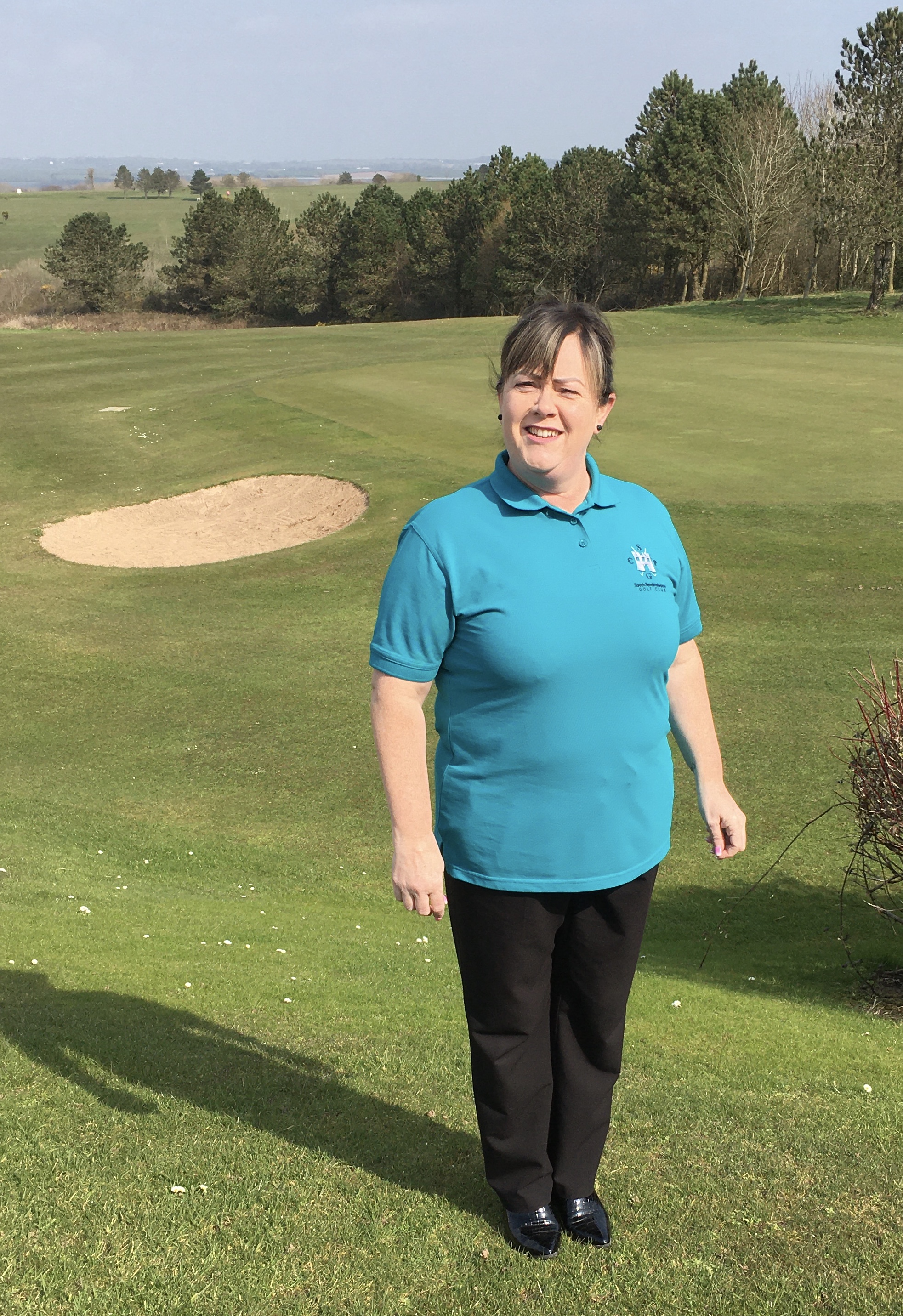 Donna Grimwood is Wales Golf's Volunteer of the Year

Donna Grimwood started helping out at South Pembrokeshire Golf Club to support her club captain husband, a journey which has taken her to the Wales Golf Volunteer of the Year Award.

Amongst other things she initiated and drove a New2Golf scheme which saw 39 adults taking part along with 20 juniors, with many going on to become full members of the club taking part in regular competitions.

Donna has even taken up golf herself for the first time, as part of the scheme she runs along with Haverfordwest PGA golf professional Sam Barton.

Her work has had a hugely positive effect on South Pembs GC, helping to increase membership from 167 to 201, including 21 new golfers, plus another 16 junior members.

There was even an inter-club competition day between New2Golfers at South Pembs and Haverfordwest golf clubs as a culmination of last year’s New2Golf scheme.

Donna was due to collect her award at the Wales Golf Annual Awards Lunch at 2010 Clubhouse of Ryder Cup venue Celtic Manor, but unfortunately the event has been postponed because of the COVID-19 outbreak.

“I am honoured to have won this award and thank you to Wales Golf for recognising my achievements,” she said.

“I am proud to say I am associated with South Pembs and I have enjoyed the challenges over the last few years, seeing all the long hours and hard work come to fruition.

“I got involved because my husband became club Vice Captain in November 2017 and I wanted to support him through his captaincy.

“I was tasked with doing the marketing, sponsorship and HR, we raised more than £10,000 through sponsorship. The main club sponsor, Celtic Foodservices, are a local business who are still involved for a third year.

“I was involved with data protection changes, then running a marketing sub-committee and working with Wales Golf to put together a 12 month marketing plan including New2Golf.

“It has been a really busy year with New2Golf, along with trying to rejuvenate the junior section because we had not really had one for a few years.

“Last year I started learning to play golf myself, so now I know what it’s like to walk in the footsteps of the other New2Golfers.

“It has been a jam-packed agenda with a lot of organisation but the results have been very rewarding.”

Setting up the New2Golf schemes was made harder because South Pembs do not have a club pro, but working with Wales Golf provided the answer of involving Barton in helping to run the scheme.

“During my 10 years as a PGA professional, I haven’t seen someone give up so much time and effort to a golf club as Donna has.”

“It is always a pleasure to recognise the volunteers who make our game tick at clubs all round Wales, but it still takes something exceptional to claim this award.

“Donna has done that in several different areas of the club, from sponsorship to new members and many points in between.