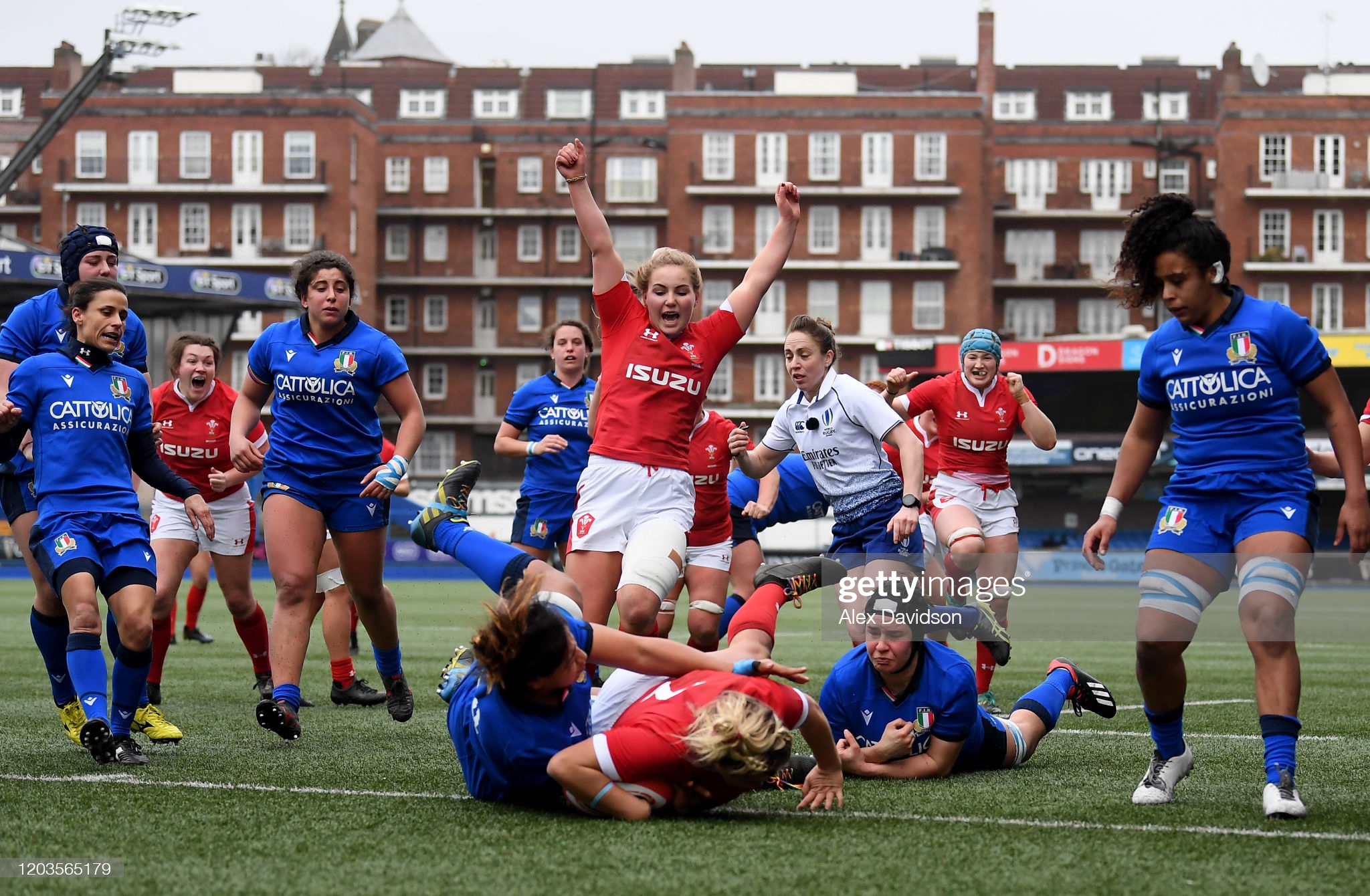 Manon Johnes should have been getting ready to go to the Women’s World Cup later this year, but she is just as happy to be preparing to make her debut in another major sporting occasion, the Women’s Varsity Match at Welford Road.

With a season of Premier XVs rugby behind her with Bristol Bears, as well as another Six Nations campaign with Wales, the 20-year-old Oxford fresher should have nothing to fear about facing Cambridge in Leicester on 4 July.

First capped by Wales as a 17-year against South Africa in 2018, the back row forward with 13 Welsh caps to her name, has grown in stature on the international stage throughout her teenage years and was looking forward to locking horns with New Zealand and Australia at the World Cup. That is until it was postponed until next year.

Now the St Catherine’s sports scholar is setting her sights on following in the footsteps of one of the most famous sporting alumni from her school, Ysgol Glantaf, in playing in the Varsity Match.

Like Johnes, Jamie Roberts was a current Welsh international when he went to Cambridge and played in the 2015 men’s Varsity Match. The Cardiff-based Welsh language school will be hoping their latest protégé fares better than Roberts did on the big day.

“Like Jamie, I learned my rugby at CRCC, the Welsh language club in Cardiff, and then went to the same school. I know all about his career, but there is a big difference between the circumstances surrounding our Oxbridge experiences,” said Johnes.

“He was a postgrad student, while I’m just finishing my first year as an undergrad studying Geography. It’s exam time at the moment and there is a lot of studying to get through.

“It puts pressure on the rugby training programme, but I gave myself a few weeks off when I first arrived just so I could settle in and get over the mental fatigue of what was a difficult Six Nations campaign.

“On the pitch, this year was supposed to be all about playing for Wales in the Six Nations and at the World Cup, but we won’t be going to New Zealand this year now because of the pandemic. It took a bit of getting used to in the first place, but now I’m viewing it as a bit of a bonus for those players who want to overcome injury niggles.

“For me, it will enable me to invest another year of training into my body, although I’m not sure yet how I’m going to sort out the dates and time off if I get selected to go to the World Cup in 2022. This year the timings were perfect, but I might have to have a difficult conversation with my tutors if things go well next year.”

With a name like that, who wouldn’t want Manon Johnes on the team? @OURFCblues will be excited to see what the @WelshRugbyUnion breakthrough star has to offer on 4th July at @LeicesterTigers ! pic.twitter.com/oiuUHPtedH

For now, at least, all her rugby attention is firmly focused on 4 July and ticking off another major rugby venue on her ‘played at’ list. It may not be Twickenham, but that should only be a matter of time before next year’s return to the home of English rugby.

It is also about getting to know her new team mates and integrating herself into a completely new rugby environment. It is something she has loved after finally emerging from her bedroom in Cardiff and physically making it to Oxford.

“I’ve really enjoyed getting to meet up with a new group of players and being able to play for the fun of it. It isn’t as intense of pressurised as playing for Bristol Bears or Wales, but I certainly know what is expected of me if selected on 4 July and how important the game is to the university,” added Johnes.

“It’s not a game for me, or about me, it is about the team. I’ve got to do whatever I can to help those around me to turn in a great performance on the day – that’s what I want to achieve.

“I’ve already met up with our Italian international back row recruit Bianca Coltellini and it has been great to train alongside her as another sports scholar. The specialist strength and conditioning we have both been given by the university has been first-class.

“Iffley Road is a great pitch and we had a session playing against the men’s team the other day. That was great fun and I’ve been able to experiment with a few different skills.

“I was doing some box kicking the other day, which was completely new to me, and I’m not sure where that might lead to. I missed out on playing U18 rugby and playing with my mates because I was playing for Wales at 17.

“Being at Oxford is giving me the chance to make up for that and to enjoy myself. I’ve been able to offer some advice and support to a few of my new team mates and it looks as though things are building nicely towards the big day.”

Both Johnes and Coltellini arrived in Oxford with established reputations, but it has only been recently that Johnes has had to reveal to her friends her nickname – ‘Mad Dog’.

It would have been difficult to keep it under wraps after the Six Nations produced a promotional poster of her as part of a ‘super powers’ theme to boost the women’s tournament.

“I was sent a framed copy of the poster to Oxford and it arrived in my room at St Catherine’s after the tournament. My friends saw it on my desk and now everyone is starting to call me by my nickname,” said Johnes.

“I’m really not sure how or when it started, but it was at school. Now it is starting to stick at Oxford as well.”

The indomitable spirit of the ‘Mad Dog’ character will be needed by all in a dark blue shirt on 4 July given the fact Cambridge have won five of the last six meetings.

It won’t be the World Cup, but Johnes intends to treat it as if the Varsity match is of equal significance.