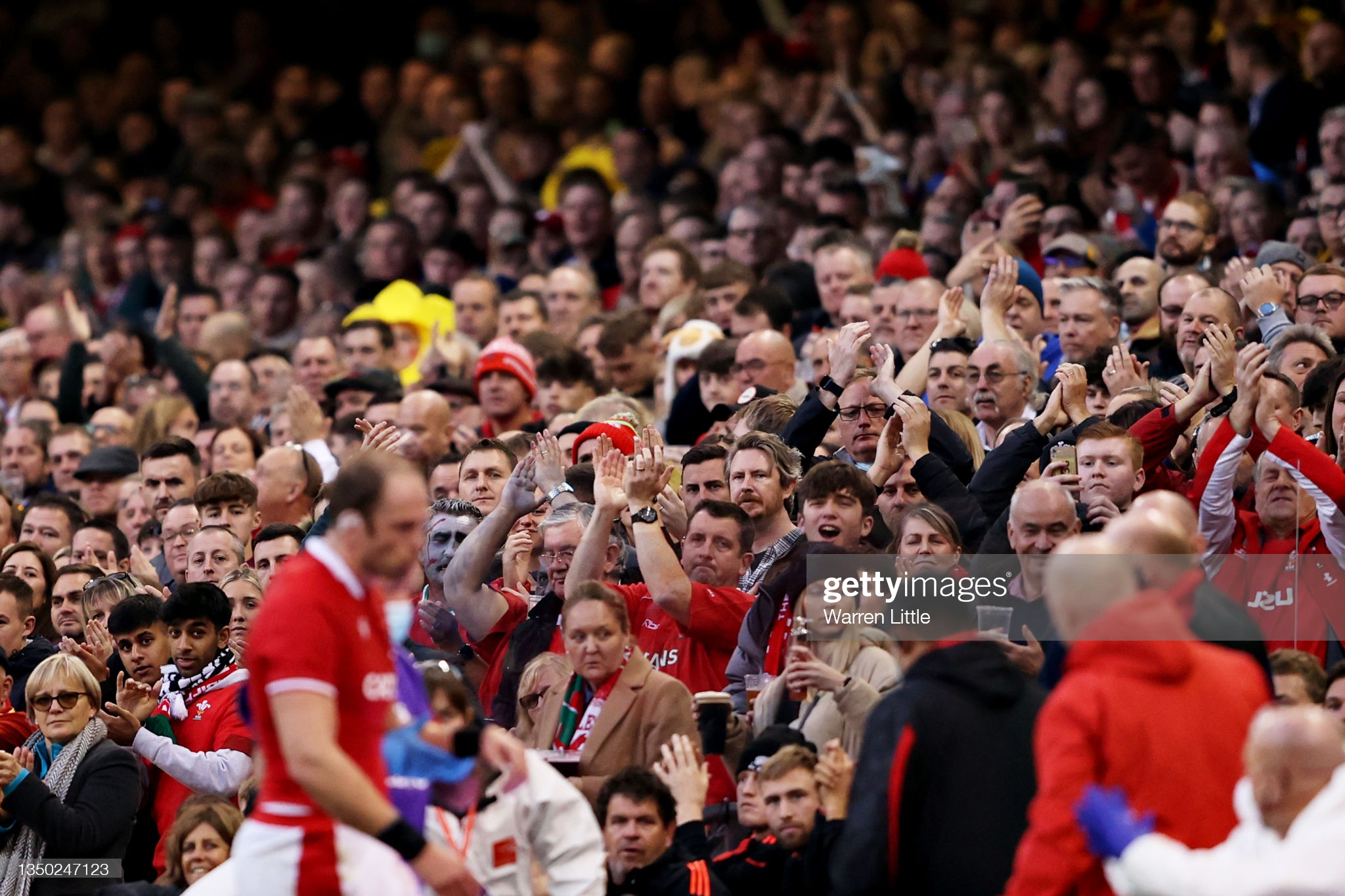 Wales have delivered a positive early assessment of their captain Alun Wyn Jones after he went off injured during the 54-16 hammering against New Zealand in Cardiff.

Jones hurt the same shoulder that threatened to sideline him from this summer’s British and Irish Lions tour of South Africa before he made a startling recovery and started all three Tests.

He went off just 18 minutes into the contest, causing concern ahead of Wales’ remaining Autumn Nations Series appointments with South Africa, Fiji and Australia.

Wales head coach Wayne Pivac said: “Al, talking to him in the changing room, feels pretty good. We will get a scan as a precaution, but he is not in discomfort.

“Obviously at the time, he couldn’t play on, but he is feeling a lot better, so that’s a plus.”

Asked if there were worries if 149 times-capped Jones had suffered a repeat of his Lions injury woes, Pivac added: “That wasn’t the discussion, and our medical team was in South Africa.

“I don’t think they will write Alun Wyn Jones off after what happened in South Africa. We will get it scanned, and then we will know a lot more, come Monday.”

The news does not look so promising for flanker Ross Moriarty, who went off just before half-time nursing a shoulder problem.

New Zealand equalled their record-winning margin against Wales in Cardiff, but it was not until the final quarter that they cut loose, scoring four tries after Wales hauled themselves back to just 12 points adrift.

It extended New Zealand’s relentless winning run against Wales, and they are unbeaten in the fixture since 1953.

Wales battled hard in front of a 70,000-plus Principality Stadium crowd, but they were ultimately outclassed and restricted to a second-half try for centre Johnny Williams, with Gareth Anscombe booting two penalties and Rhys Priestland adding a penalty and conversion.

Pivac said: “Clearly, the last 20 minutes showed a difference in fitness levels. You are talking about a side that has been playing international rugby on the road for a couple of months.

“We’ve got some work to do in that area, and we are going to work as hard as we can over the next seven days before the next opponent.

“We knew about the game for a long time, and we were excited with the squad we had.

“At the end of the day, at 28-16 with 18 minutes to go I was very pleased with the performance to that point, but it is small margins, as I say, and sides punish you.

“The performance today will definitely have helped for us on the road to (World Cup) 2023. I thought Taine Basham was probably our man-of-the-match, and his confidence will go through the roof.

“We are going to look at the positives, and we will build on that performance for next week.

“Someone like Taine I thought stood out, he played very well. At 28-16 we are back in the game to a degree, and we gave away a silly penalty, and it was game over at that point.

“We had two weeks to focus on this match, and we wanted to get as many learnings out of it as we could.”

Wales stars like Dan Biggar and Louis Rees-Zammit will be available to face the Springboks following their club commitments, but it remains to be seen how many of Pivac’s sizeable injured contingent recover in time.

When the world rankings are officially updated on Monday, they will show New Zealand in first place, with South Africa in second.

The All Blacks lost top spot in the rankings following their defeat to the Springboks in the final round of the Rugby Championship, but their win against ninth-placed Wales is enough to edge them back in front of their old rivals.

Wales haven’t dropped in the rankings as a result of their loss, although the gap has been closed between them and 10th-placed Japan, who could overtake them should they beat Ireland next weekend.

All Blacks coach Ian Foster said: “Were we worried when Wales scored their try, well we weren’t worried but we didn’t want them to score a try.

“I thought that first 50-odd minutes they were really competitive, they played with a lot of passion, they held the ball like we expected them to, and ran hard. I thought our defence was outstanding.

“We were really disciplined, we put them under pressure and once we started to pick up a few turnovers and force a few weak kicks I think we started to get the opportunities we were looking for.

“The game was what we expected from Wales, they do squeeze you a lot, but I was delighted with the composure of our guys to play through that.”

The win was the All Blacks 11th of the season, after winning the Rugby Championship title with a record of 5-1, the side is tracking well ahead of their quest to win back the World Cup in 2023.

Foster explained that 2023 is a ‘long way away’ and this year is about building depth from the ‘tour like no other’ as they blood new players into the squad and build experience from big games against Northern Hemisphere opposition.

“It’s a long way away [the World Cup], it’s in the back of our mind I guess from a planning side,” Foster explained.

The All Blacks are great. They really are. Fabulous team.

“This year for us, we’ve called it a tour like no other. We hit the road mid-August, we’re still together, we’re not fighting and scratching at each other. We’ve survived about eight or nine weeks as a group.

“I couldn’t be more proud of the group. I think we are using this as a chance to really build some depth, we’ve had players come in and out, but overall really delighted with this campaign.”