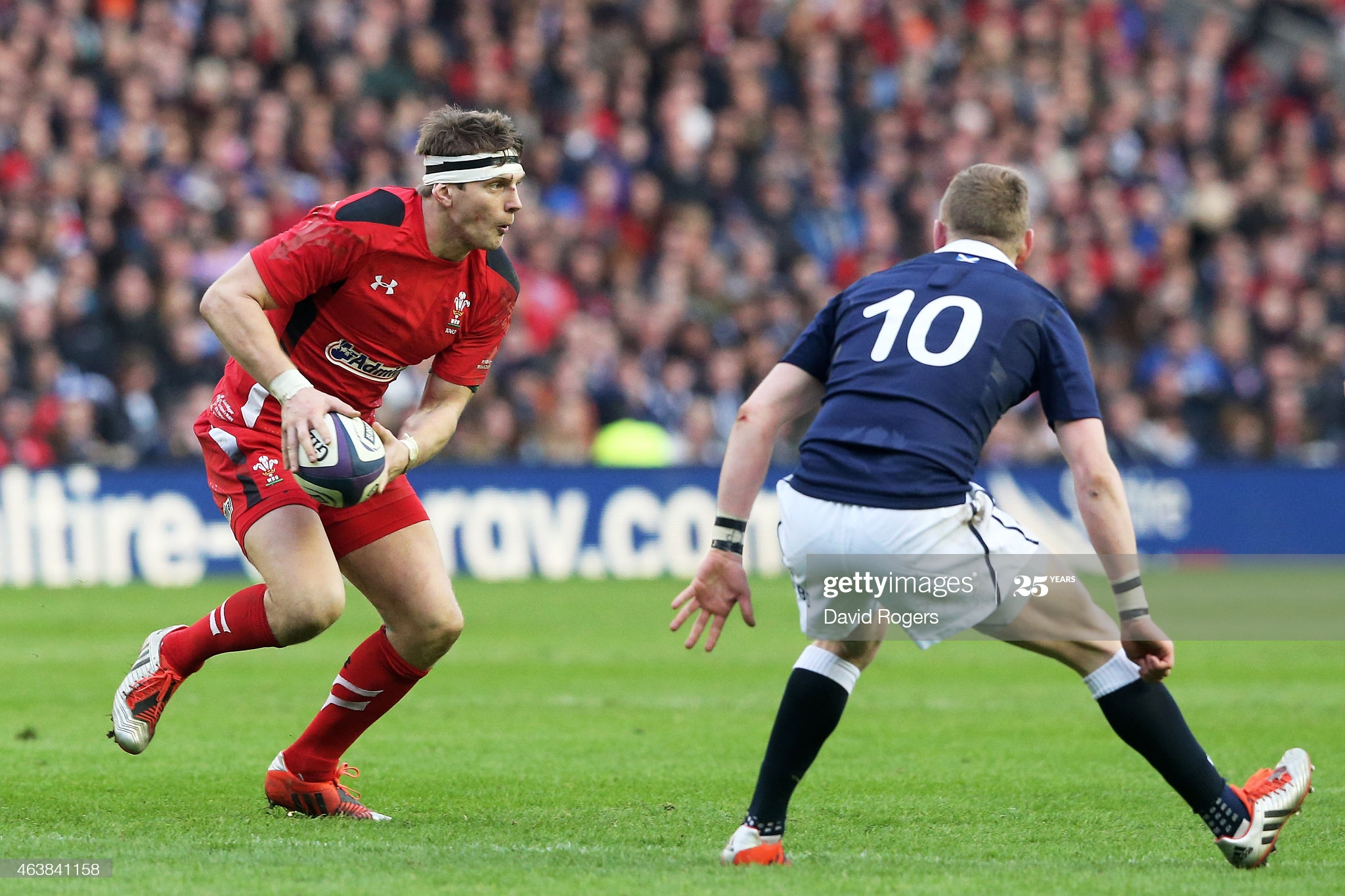 As Wales meet Scotland in their final round of the Six Nations today, it’s a meeting of two Lions candidates at No.10 – Wales’ Dan Biggar and Scotland’s Finn Russell. For Harri Morgan, they are both game-changers, but it all depends on what kind of game you’re playing and what are the costs of winning and losing.

If you were to offer Gérard Houllier the opportunity to click ‘delete history’ on one of his quotes, I’d wager he’d scroll back to the summer of 2002, and that time he chose to compare new Liverpool signing, Bruno Cheyrou to Zinedine Zidane.

If you don’t remember Cheyrou, well, I guess that’s kind of case in point.

For those of you familiar with Houllier’s work, I acknowledge that the Cheyrou shocker just edges out the time he attributed a certain Robbie Fowler goal celebration to a Cameroonian grass-eating tradition that Rigobert Song had brought to the Reds.

Quite what the foundation was for the comparison to Zidane, who knows? Perhaps it was a VHS titled ‘Bruno’s best bits’.

Maybe the manager optimised his aerial positioning so he could catch Sgorio on S4C on a Monday evening. Did they cover Ligue 1?

Whilst the modern fan would no doubt chuckle at Houllier’s comment, most would have to acknowledge an element of hypocrisy in doing so.

I mean, who hasn’t got excited about the fact their club has signed the next wonderkid or season saviour, based purely on Youtube footage?

Plenty of these ‘Youtube legends’ fail when it really counts – a cold rainy night in Stoke.

The problem with using a montage as a proxy for future performance is they are merely a combination of contextless clips, overlaid by what some might term ‘pumping beats’.

Now, this story doesn’t end with the conclusion that Scotland’s stand-off is only of value in abbreviated video format. Stick with me.

When Wales and Scotland pair off this afternoon at Parc-y-Scarlets, the battle between the two number 10s will be fundamental to the outcome. As always.

They are two players who share the characteristic of self-belief – albeit belief in playing styles and skill sets that differ vastly.

The 2020 edition of the Russell montage doesn’t take long to go into business mode. The grubber against Munster gets it from all angles.

Remember the one? Left peg and a nutmeg – cheekier than Nandos. This sets the tone.

The remaining eight minutes is littered with creativity out of hand and off the boot.

The passes go through the eye of the needle, looping over helpless defenders or short with a side of lying eyes that deceive the rush defence.

The kicks are aggressive and defined by purpose – designed to turn defence-attack, or attack, into points.

The chip kick really is an underused option. Too many get caught up in the risk, Russell chases the reward. Calculated confidence.

Chapeau, as they would say in his adopted city of Paris.

Over to Dan. First clip? You guessed it. The nerves of steel penalty that handed Wales victory over the old rival in the 2015 Rugby World Cup.

If we’re going there, how good to see left-footed Lloyd Williams back in the squad today. Now there’s a bloke that understands an attacking kick.

The Biggar tribute does feature a flick pass here and a line break there – but for entertainment in isolation it doesn’t measure up with the man who will be his opposite today.

Does that make him an inferior player?

When it comes to earning the 80-minute accolades, both individual and for the team – the wow factor that induces one to like, comment and subscribe – is far from the be-all and end-all.

Biggar is very much about victory more than going viral. His skill set is primed for executing a game plan.

The Northampton player is a ‘boss the game’ type 10, coordinating his own charges around the paddock and using his kicking game to pressurise the opposition.

Take his use of the up-and-under. It’s a kick that doesn’t have the associated risk (or reward) of the chip kick of which Russell is such an exponent.

Belting the ball into the sky creates a contest for possession – a contest where Biggar has shifted probability into his favour by becoming a master of the process from boot to flight path.

The intelligence, communication, control, consistency and competitiveness that exude from him are tough to capture let alone synchronise with pumping beats.

However, for all the success that Wales have experienced with Biggar at the helm, the lack of game-breaking plays – ‘the viral’ if you like – is often cited as a limitation of Wales’ creativity.

The selection of Gareth Anscombe as first choice fly-half during the 2019 Six Nations likely had foundation in the view that he presented greater threat to the game’s premier defences with ball in hand.

Although this personnel change didn’t necessarily manifest in a try-frenzied campaign.

With so much emphasis in the press this week on the importance of getting ‘front foot’ ball, the role of Biggar the ball-player will be under scrutiny.

Explosive mass is important, hence the introduction of Will Rowlands and Shane Lewis-Hughes, but the fixing of defenders, selection of the runner and timing of the pass are all component parts.

In acknowledging that the ‘Best of Biggar’ compilation doesn’t do what it says on the tin, we are duty bound to address the bigger picture when it comes to the man who makes his return to the Scottish 10 shirt this afternoon.

Take the interception pass in the Champions Cup Final at Ashton Gate two weekends ago.

So the perfect fly half would have:

Russell acknowledges space, and in spite of the territorial position, pursues the opportunity to attack. Jack Nowell reads the play, picks it off, and Exeter score.

It’s a game-changing error that gets left on the cutting room floor for any highlights reel, but it’s imperative to understanding and assessing the player.

If you wanted a rounded view, the clip of the Murrayfield wonder ball in 2018 should be followed up by the intercepted version. They co-exist.

Both passes are indicative of a willingness to risk losing in order to win.

That’s how Russell enjoys playing rugby. Which, even at the professional level, should be something that we value. Shouldn’t it?

Time will tell if it is to the taste of Warren Gatland.

Rest assured, if Russell gets an opportunity to throw a similar pass today and he instinctively adjudicates that the Gilbert is there for spinning, then spun the Gilbert will be.

Biggar’s critics demand for him to play with the creativity of Russell.

Imagine the hybrid – although don’t hybrid’s just end up diluting the high performance aspects of their component parts?