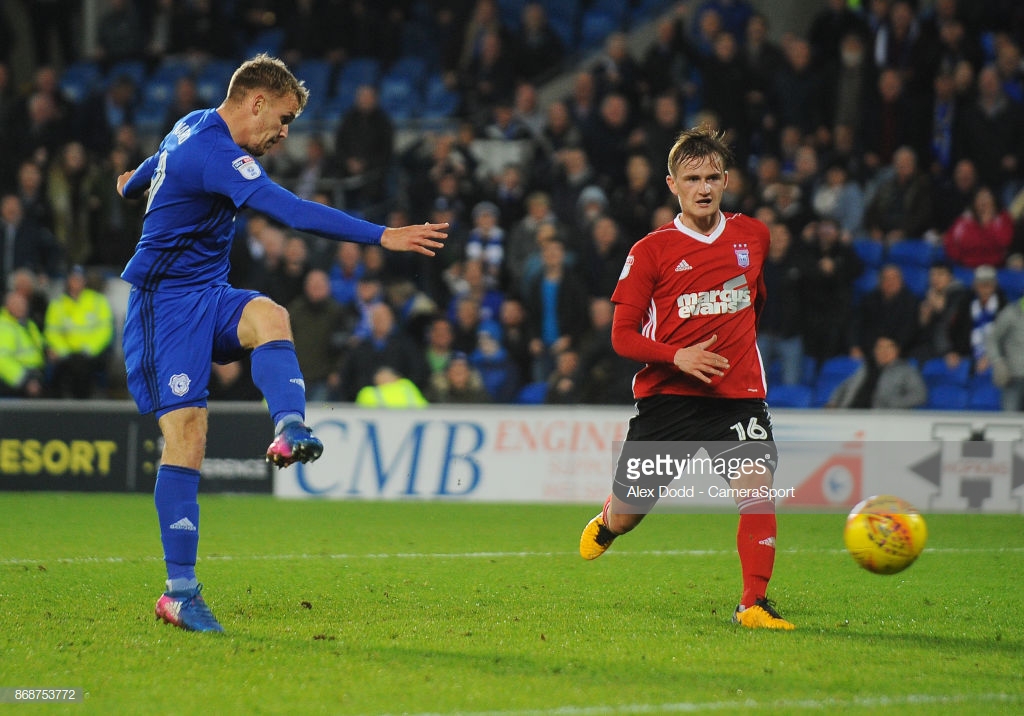 Neil Warnock has to make major selection decisions before Sunday’s South Wales derby against Swansea City at the Liberty Stadium.

Danny Ward or Robert Glatzal? For me Ward is the man, having produced a decent performance during the 2-2 draw at Millwall and scoring the first goal.

Lee Tomlin or Callum Paterson? That one’s easy – Tomlin has the ability to light upon a team. He has to start.

Junior Hoilett or Nathaniel Mendez-Lang? Another easy one – Hoilett suffered a hamstring injury against Millwall and won’t be fit to face the Swans.

Sol Bamba for Sean Morrison or Aden Flint? Simple. Bamba is not ready, but could feature among the substitutes.

Alex Smithies for Neil Etheridge. Personally, I would have stuck with Smithies because he was in good form, but that decision has been made. Philippines international Etheridge will play against the Swans.

The SkyBet Championship scenario is encouraging for Neil Warnock’s Bluebirds. His team have lost once in their last 10 League fixtures – earning 11 points from a possible 30 – while the Swansea have managed only one win of their last eight fixtures in all competitions.

The Swans appear on the slide, while Cardiff are showing signs of growth and an ability to challenge for a play-offs finish.

I can’t see the Bluebirds battling for a top two finish, there are far too many good teams in the Championship for that, but they can push for top six.

When I went to London this week – one of almost 1,000 travelling supporters for the Millwall clash – the majority viewpoint was that City are top 10, not top six.

I disagree. Cardiff are clawing out results and will improve. They are a team with genuine potential.

Warnock was far from happy after the 2-2 draw against Millwall at the New Den, saying: “It’s probably the most frustrated I’ve been this season,” he said. “And I’ve had one or two moments.

“It’s scandalous, really, I don’t know what to say.

“We were so charitable in the two goals. Unbelievable, really.

“It’s as good an away performance as you’re going to get. Not many teams are going to dominate as much as us.

“The first chance they had they scored, after 45 minutes. The second one, dear me. It’s come from Josh Murphy’s free-kick. Scandalous.”

Captain Sean Morrison was the main offender when Millwall scored their second, while Flint did not escape criticism because he failed to offer adequate cover to his central defensive partner.

“Gavin Whyte was taken out when he ran through on goal with 12 minutes to go. He doesn’t make any attempt to play the ball. I felt let down by that decision, but I can’t blame the referee, really. I thought he had a good game.

“We have lost just one in 10 in the league and that’s not bad.

“We aren’t defending well enough at times though, and we’re getting punished for it.”

Junior Hoilett went off with a hamstring injury and looks certain to miss the Swansea match.

The Bluebirds went ahead twice. Their first goal was netted after 12 minutes when Ward netting his fourth goal of the season. Hoilett delivered an outstanding cross and Ward headed past goalkeeper Bartosz Białkowski, giving the Bluebirds an early lead.

Tom Bradshaw equalised just before half-time to make it 1-1.

Tomlin played a major part in City’s second goal with a delightful backheel to release Hoilett. He linked with Ward and curled an inch-perfect shot into the far corner to put Cardiff 2-1 ahead.

The Bluebirds really should have won the match from there, but they had another defensive mishap and allowed Millwall to snatch a point.

Bradshaw scored after 77 minutes to complete the 2-2 scoreline.