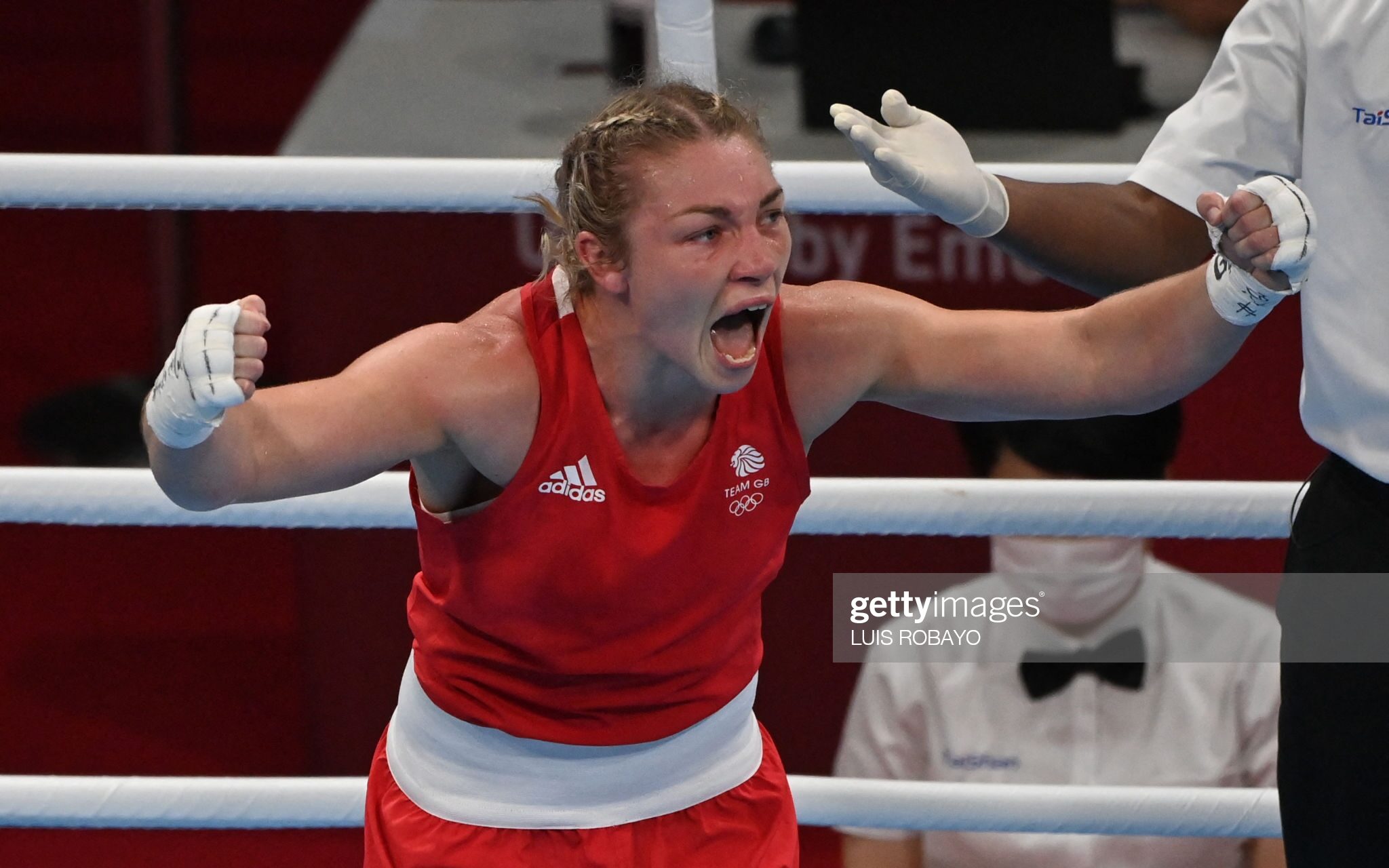 Welsh boxing history maker Lauren Price is now only one win away from being the first ever Welsh boxer to win an Olympic gold medal.

Price, who is also the first ever Welsh female boxer at an Olympics, shrugged off a one-point deduction to edge past her great rival Nouchka Fontijn and reach the Olympic women’s middleweight final via the narrowest of split decisions.

“I am into the final now and it is a dream come true. I am not stopping now – my aim is to win that gold. I am going to give it my all,” said a delighted but focused Price.

The 27-year-old won the bout on just one of the five judges’ cards, but two scored the fight a draw and subsequently picked Price as their preferred winner, meaning she did just enough to book a gold medal bout against China’s Li Qian.

🌎 @LLPrice94 and Nouchka Fontijn have been the world’s best middleweights for some time.

As well matched as they are, Price has pulled off wins when they really mattered in the European, World Championships and Olympics.

Always rising to the occasion in the medal stages. pic.twitter.com/leZ3u3t6Fn

It proved all the more impressive that Price should beat her rival, whom she denied in the 2019 World Championship final after a controversial appeal, despite a second round deduction for excessive holding.

“Getting a point off, I’ve been there a number of times in our fights so it was nothing new to me,” said Price, who had lost four of the pair’s previous six meetings.

“With our styles, she’s tall and I’m short, so it is always a bit of a scrap. I didn’t panic much about that. I trusted my corner, and I knew I had to give my all in the last round. I got into my rhythm and I thought I won it quite comfortably.”

Fontijn had got the better of Price in the 2018 World Championship – which her final opponent Li incidentally won – but the pair remained on friendly terms until their 2019 final clash, with Fontijn refusing to step on the podium to receive her silver medal.

Fontijn confirmed her decision to retire after the bout, and Price said: “I had to stop looking at my phone because of the tweets reminding me of the number of times we have faced each other.

“I respect her a lot, she’s a world-class fighter and we know each other inside-out. It was always going to be that close. She just told me she has decided to retire and I wish her a happy retirement.”

The Caerphilly boxer, looked a little unfortunate to drop the first round on three cards as she quickly found her range and settled in on the back-foot, successfully evading the majority of the much taller Fontijn’s hooks.

Price was undeterred despite her second round warning, but walked into a big left hook, leaving one of women’s boxing’s most storied rivalries to go into the third and final round to determine a place in the Olympic final.

It was Price who rose to the occasion, celebrating the verdict in her favour with a roar of delight, though she must now re-focus on going all the way against Li, who beat Zenfira Magomedalieva of the Russian Olympic Committee in the second semi-final, and whom she has never faced.

“It has been a dream of mine to get to the Olympic games, to become an Olympian, and to get a medal, I can’t quite believe it.”