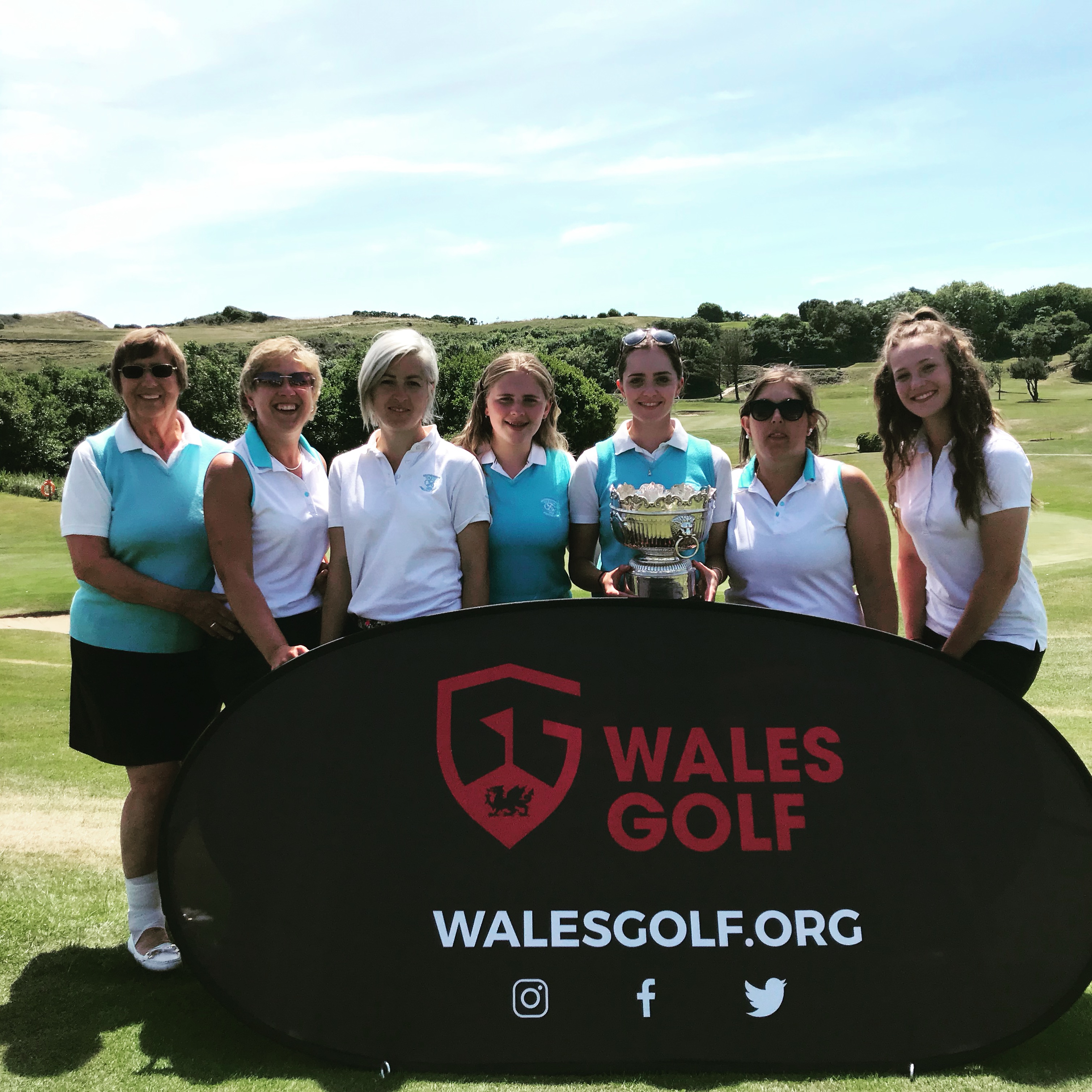 Wales international Georgia Lewis steered Southerndown to the Welsh Ladies Team Championships title on her last day before starting the journey to be a PGA professional.

They beat Ashburnham 4-1 in the final of the event held over four days at Langland Bay near Swansea, but perhaps the key victory came in round two with a 3-2 victory over Newport who had won the title for the last three years and were going for an historic quadruple.

It was a sweet win for Southerndown ladies, who had themselves won the title three times in a row only for Newport to end that run. They also lost to the Gwent club in last year’s final.

The key match turned out to be Helen Calvert winning the final contest against Newport’s Jessica Gabriel, Calvert’s last contribution before being replaced by teacher Amy Rees for the weekend matches.

There were also strong performances throughout by 17-year-old’s Grace Connelly and Emilie Lewis, while Alaitz Zubikarai has long been a key player for Southerndown, but there is no question lead player Georgia Lewis was key.

She was unbeaten at the top of the order, including victory over former Welsh Ladies Amateur champion Lauren Hillier of Newport. The day after the event she turned professional at The Vale Resort, starting her PGA qualifications with the aim of becoming a teaching pro.

“We had a lot of difficult matches, they were tougher than some of the scores suggest, but it did feel as though our real final came in the second round when we faced Newport,” admitted Southerndown captain Norma Barber.

“It was certainly a match that was worthy of a final, but all our matches were very tense, against Ashburnham in the final, Royal St David’s in the semis and our other opponents.

“We knew from the start we would have to get through that second round, Newport were ready to win it again and we disappointed them.

“Amy Rees is a teacher, so Helen Calvert came in as a sub for the first two days and when she sank the putt on the 16th to win her match it was absolutely marvellous.

“We won the event three years running and then lost to Newport in the semi-finals, they were threatening to win the quadruple, so it was nice to win instead.”

Royal St David’s and Wrexham were the other semi-finalists, with Bryn Meadows, Rhuddlan, Radyr and Aberdovery reaching the quarter-finals.

Georgia Lewis came through a narrow one hole victory over Welsh Seniors Open champion Ann Lewis of Royal St David’s in the semi-final, and halved her opening match against Mary Woollard of Monmouth, but otherwise was in control of all her games.

“Georgia is turning professional, she waited to play in this for the last time, so she was a big help, but we will have to do without her next year,” said Barber.

“Grace Connelly and Emilie Lewis are both 17 and did well, while Amy Rees is another who came through the junior ranks at Southerndown. Grace was superb beating Newport’s Jordan Ryan in the second round.

“Alaitz has been a key player for us for a while, the team spirit was tremendous with great camaraderie, so this really was a super win for the team.”

Pyle and Kenfig beat Haverfordwest in the final of the Plate competition, Builth Wells and Creigau were the losing semi-finalists.

Wales Golf championships manager David Wilson added, “It was a tremendous championship with a high standard of competition throughout.

“The second round battle between the champions of the previous six years was obviously a highlight, but there was still plenty of exciting action over the weekend as well.

“In perfect weather there are few nicer places to be to play and watch golf than Langland Bay, the course lived up to expectations, was in great condition and provided a real test for all the players.

“Also we wish Georgia Lewis a successful career on turning professional. She has been a Wales international, but also helped Wales Golf inspire the next generation of girl golfers. This was a fitting end to her amateur career.”