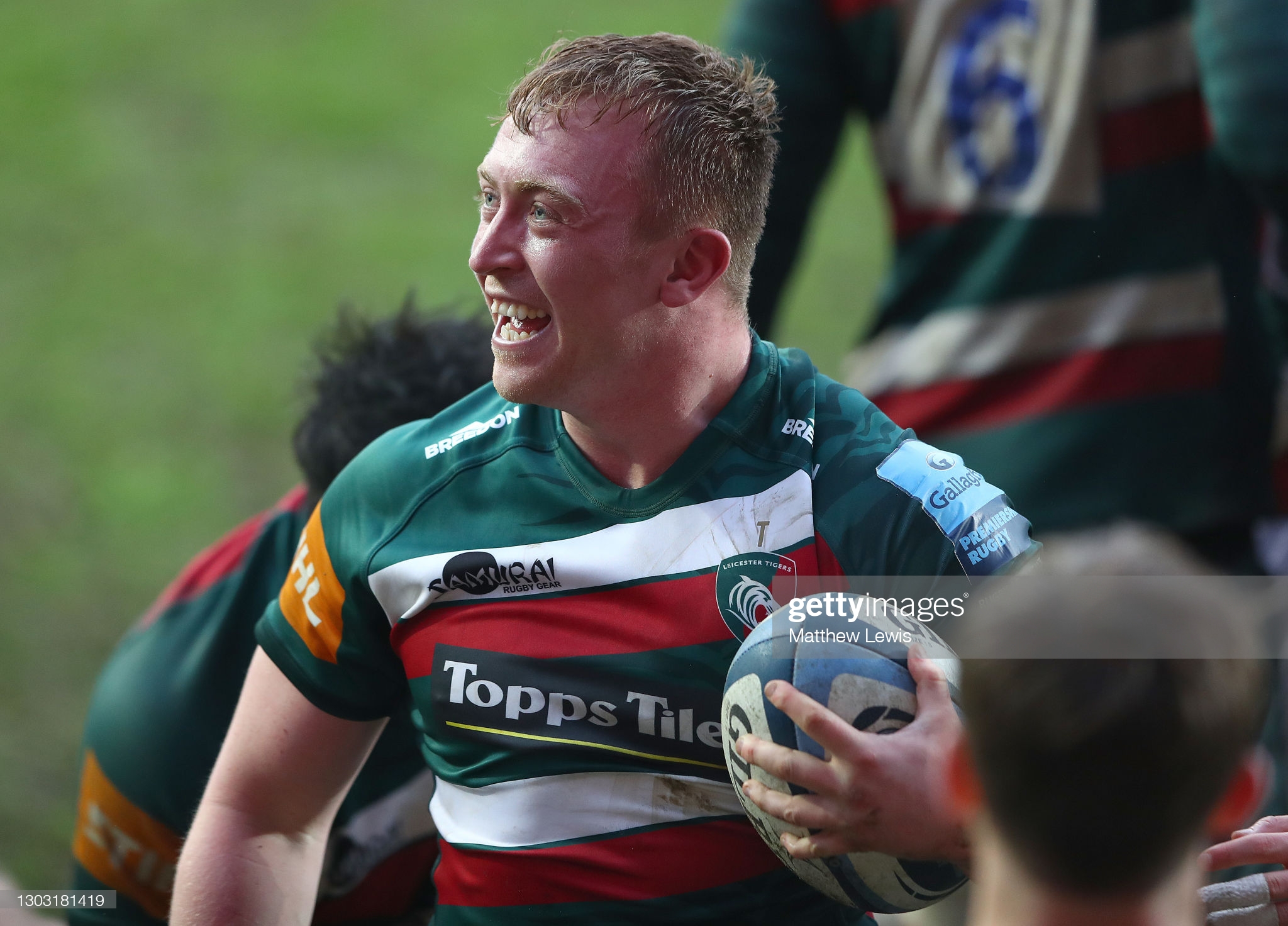 On Friday night, the former Wales U18 and U20 captain Tommy Reffell hopes to help Leicester Tigers win the European Challenge Cup at Twickenham, while two days later the 2019 Grand Slam centre Hadleigh Parkes will aim to become the first Welsh player to win the Top League title in Japan.

The 22-year-old Reffell has featured in three of the Tigers games in Europe this season and was a starter in the back row last weekend in the Premiership when they overcame Harlequins at Welford Road.

His goal will be to become the 46th Welsh player to pick up a Challenge Cup winners’ medal when Leicester take on 2016 champions Montpellier.

Reffell played in Wales U20 sides that beat New Zealand and Australia, packing down in the back row with regional players such as the Dragons duo Lennon Greggains and Taine Basham, Ospreys-bound Jac Morgan and Scarlets openside Dan Davis.

Meanwhile, Parkes will have his sights set on adding to his Six Nations and PRO12 winners’ medals on Sunday when the Panasonic Wild Knights take on Suntory Sungoliath in Tokyo.

The old Scarlets centre was in peak form as he helped his team to beat Steve Hansen’s Toyota Verblitz 48-21 to reach the final.

It means he will now go head-to-head with his former Hurricanes team mate Beauden Barrett, who coaxed Suntory into Japanese rugby’s biggest game with 21 points as they downed Kubota Spears 26-9 in Osaka.

The two teams will meet at the Prince Chichibu Memorial Ground in Tokyo with Parkes’ side hoping to regain the title they last won in 2016. Suntory were last champion in 2017 and 2018.

Back in the UK on Friday evening, Reffell will be part of a Tigers squad most bookmakers have made favourites to lift the Challenge Cup, even though their European glory days are now in the dim and distant past.

It is 19 years since Leicester last won the Heineken Champions Cup and 12 years since they reached the final.

The last time they were champions of England was eight years ago.

In fact, Leicester head coach Steve Borthwick insists they are ‘massive underdogs’ to lift the European Challenge Cup against the French club.

Montpellier arrive at Twickenham in formidable form having won all eight of their Top 14 and European clashes before resting the majority of their international stars in their defeat to Stade Francais at the weekend.

“I think we go into Friday night as huge underdogs,” said the Tigers boss.

“We’re going up against a team that is on this incredible run in the Top 14, granted they had an indifferent result with their second team, but their second team looked pretty good didn’t it. It had some good players in it.

“They are on this incredible run in the Top 14, they’re packed full of internationals throughout the team, so we go in as massive underdogs. ”

Despite Borthwick’s comments, leading bookmakers such as SkyBet and Paddy Power have priced Tigers as favourites to lift their first European trophy in 19 years.

While hopeful he can deliver silverware in his first full season a Welford Road, Borthwick underlined what his side is up against in the final.

“What we need to do going into Friday night is to be clear in our plan, do the basics unbelievably well, work exceptionally hard and hopefully that puts us in a position to compete,” he said.

“We know we’re against a very good, very star-studded, very expensive team, I think, we will do our best.”

Across their victories over Bayonne, Brive, Newcastle, Connacht and Ulster, Tigers have used 41 players in the Challenge Cup with many positions in the forwards and backs proving to be hard to call ahead of the teams being announced on Thursday.

Tommy Reffell’s decision making at ruck time is pretty exceptional. I mean, playing for Leicester seems to have aged him terribly but he is absolutely nails #LEIvHAR

“What we want is competition throughout our squad,” said Borthwick.

“We want to build in every single position, people competing for the shirt. There’s 23 players, I want the best 80 minutes in each position. So it’s not necessarily who starts and who finishes, it’s the combined 80 minutes.

“I’ve been very open in saying that. It’s not simply selection for the final. Every day is a selection day.”