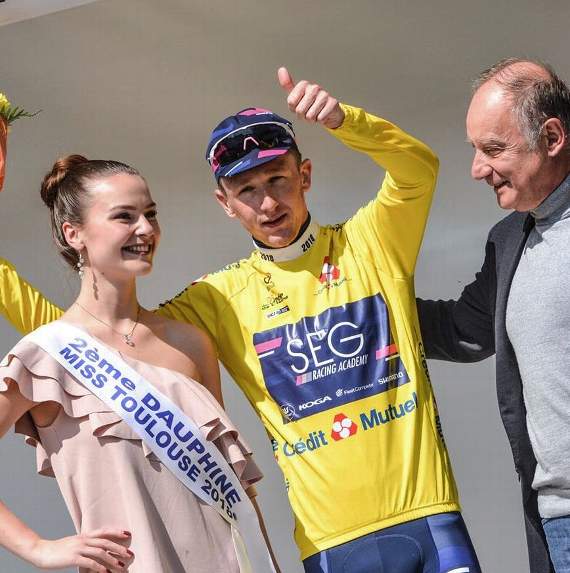 Stevie Williams will make his eagerly-awaited Bahrain Merida debut in two Italian races as he takes the next step towards competing in a Grand Tour.

The 22-year-old will line-up at the Giro della Toscana – Memorial Alfredo Martini on Wednesday (September 19) before racing at the Coppa Sabatini – Gran Premio Città di Peccioli the following day.

Williams joined the World Tour outfit as a stagiaire – or trainee – in July for the rest of this year before becoming a full-pro in 2019.

The Aberystwyth-born rider was snapped up by Bahrain Merida after showing impressive form this year including finishing fifth at the Under23 Giro d’Italia.

In his last outing, Williams – a former rider with the SEG Racing academy – finished 37th overall at the eight-day Tour of Britain racing alongside Tour de France champ Geraint Thomas.

Williams, regarded as a potential top climber, had admitted his dream is to compete in a  Grand Tour and he could be the next Welshman to do so.

How Dai Sport reported the news Williams was joining Bahrain Merida in July.

Bahrain Merida’s Sports Director Alberto Volpi said of Williams’ debut: “He will have strong motivations as well. He is a young talented climber and we are looking forward to seeing him in action with our team”.

“We want to do well in both races, as always and our lineups are both very competitive.

The time has finally come for @stevierhys_96 to race where he belongs, with the pros! Our Welshman will feature @bahrain_merida's lineup in Giro della Toscana & Coppa Sabatini🇮🇹