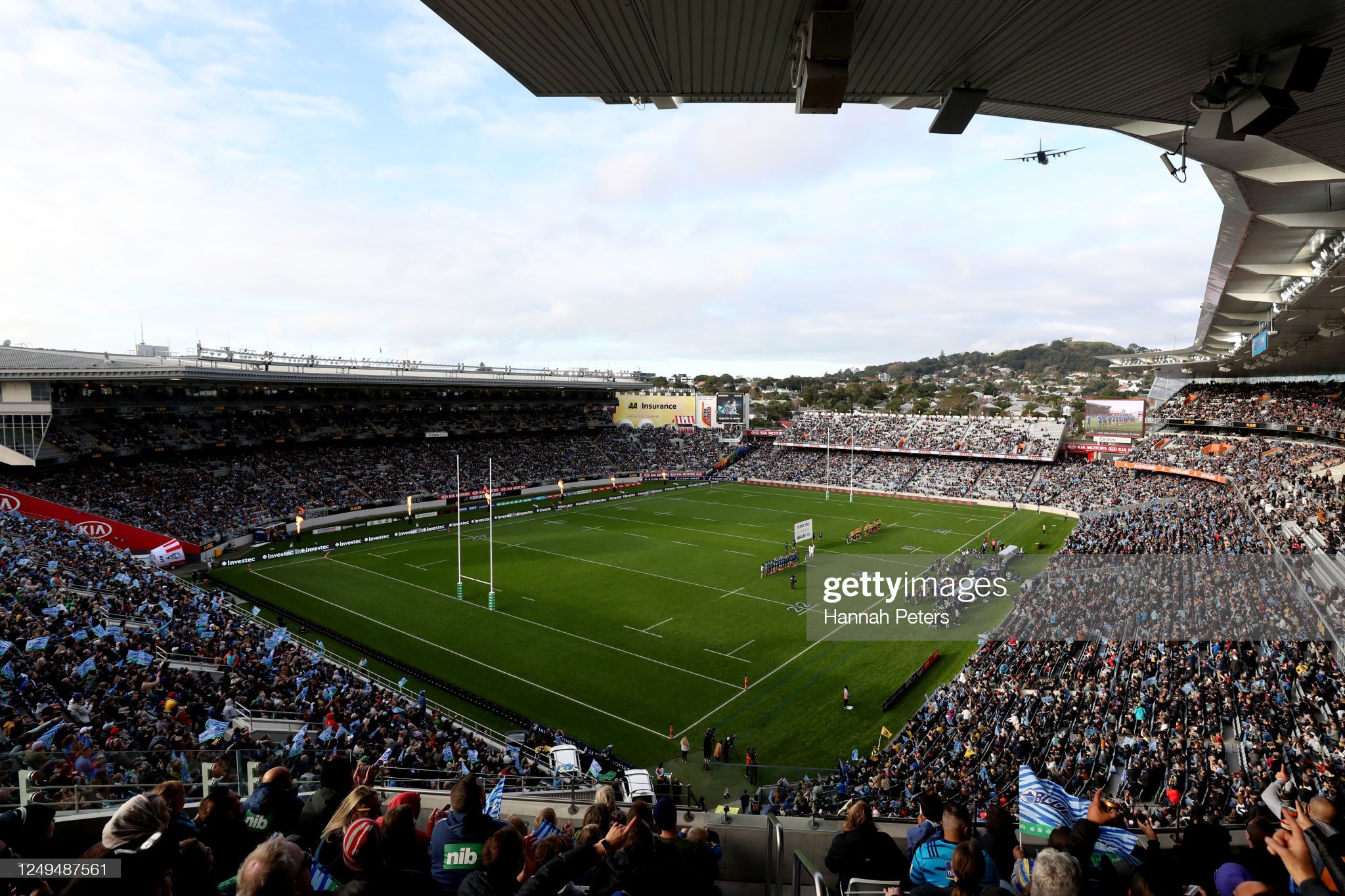 While Welsh rugby struggles to stay afloat playing in front of empty stadia, New Zealand will face Australia this weekend with a crowd of 47,000 expected at Eden Park.

The WRU this week predicted it could potentially lose £35m of income should if all autumn and Six Nations matches were played behind closed doors.

It was hoped they could play some of their Autumn Nations Cup test match in London at either Twickenham or the London Stadium but Westminster’s decision to delay the return of crowds put an end to that idea.

This is a far cry from rugby in the southern hemisphere which has slowly allowed supporters back into their stadiums.

Images of 31,000 fans without masks cheering on the three-time world champions in the first Test in Wellington last weekend attracted plenty of attention.

The bumper crowds are possible because of New Zealand’s relative success in combating COVID-19, having appeared to have stamped out community transmission of coronavirus earlier this year following a tough nationwide lockdown.

A renewed outbreak in Auckland in August was also brought under control with fresh lockdown measures and NZR said on Tuesday that 40,000 tickets for Sunday’s match in the city had already been snapped up.

“It was fantastic to see so many fans come together in Wellington for our first Test in more than a year, and after such an enthralling contest interest has gone to another level,” NZR’s Chris Lendrum said in a statement.

“We are now looking forward to bringing Test rugby to New Zealand’s largest city and with more than 40,000 tickets sold, it’s shaping as a special occasion.”

Last Sunday’s enthralling 16-16 draw was the first rugby union Test after a seven-month hiatus caused by the pandemic but Antipodean fans have plenty more to look forward to over the next couple of months.

Given the current climate surely it would make sense to move the Six Nations to the summer and postpone the Lions tour?https://t.co/cszZfmmBxB

The Rugby Championship, which involves the trans-Tasman Sea rivals as well as world champions South Africa and Argentina, will be hosted in Australia, starting with the third Bledisloe Cup match at Sydney’s Olympic Stadium on October 31.

The government of the state of New South Wales, where community transmission has been reduced to a handful of cases each day, loosened restrictions on big stadiums from October 1 to allow them to be filled to 50 per cent of capacity.

That means the three Tests played at the Olympic Stadium could be played in front of crowds of 40,000, while the Western Sydney Stadium will be able to welcome 15,000 fans to the four matches it stages.