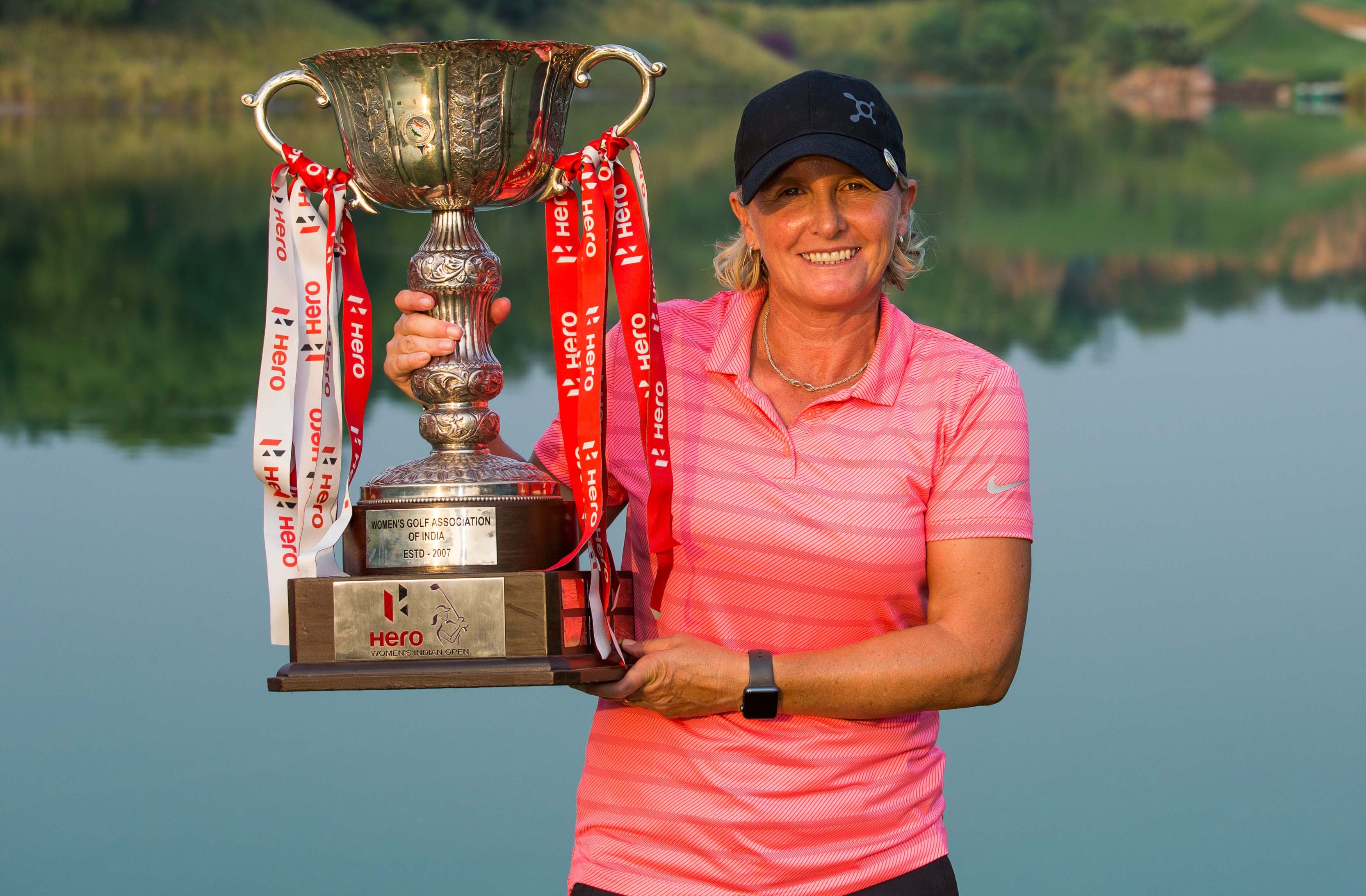 Becky Morgan with the Hero Women's Indian Open she won in 2018.

Becky Morgan became the latest leading Welsh women’s golfer to taste success as she ended 18 years of waiting for her first professional victory with a two shot triumph at the Hero Women’s Indian Open in Gurugram.

Hot on the heels of Amy Boulden finishing joint first at the Q2 Series in Florida to earn her place in the final qualifying round to shoot for an American Tour Card, the 44-year-old Morgan finally cracked her tournament duck as she held her nerve on the final day to win £65,000.

After rounds of 72, 72 and 68 she went into the final round tied in the lead with Ellie Givens and Nicole Broch Larsen. A birdie on the third hole gave her the advantage and she built up a two-shot cushion at the next hole with another.

A third birdie at the ninth gave her a one shot lead at the turn, but she bogeyed the 11th after missing the green. It was a lucky 13th, where her fourth birdie allowed her to regain a share of the lead. Halfway leader Christine Wolf saw her title hopes go up in smoke with a double bogey seven on the final hole and the 44-year-old Morgan’s last round score of 69 saw her finish with a 69 and a final total of 281.

“It’s taken me 18 years and it’s a mixture of excitement and relief that finally I have done it. I didn’t look at the scoreboard until the 18th green because I knew anything could happen,” said the Abergavenny-born Morgan.

“I knew I was doing fairly well, because I was playing well, but I kept to myself and let it happen. I decided today I would just play my game and not worry about what anyone else was doing.

“I had the chance to win here three years ago, but got too caught up in what was going on, so I needed to keep my head down.”

Morgan’s previous best finish was the runners-up spot at the 2001 French Open and in India in 2015. They were among her 22 top 10 finishes on the Ladies European Tour, but it took her 119 tournaments before she finally savoured victory.

“I have always loved everything about India. And that’s why I have kept coming back and I did come close to winning a couple of times and finally I got the job done this time,” she said.

One of the very few players to have played every edition of the Hero Women’s Indian Open since it joined the Ladies European Tour schedule in 2010, she has a great track record at the event.

In nine starts dating back to 2010, she has never missed the cut and finished in the top-10 four times, including the win this year in 2018.

2 thoughts on “After 18 Years And 119 Tournaments, Becky Morgan Finally Cracks It At Indian Open”