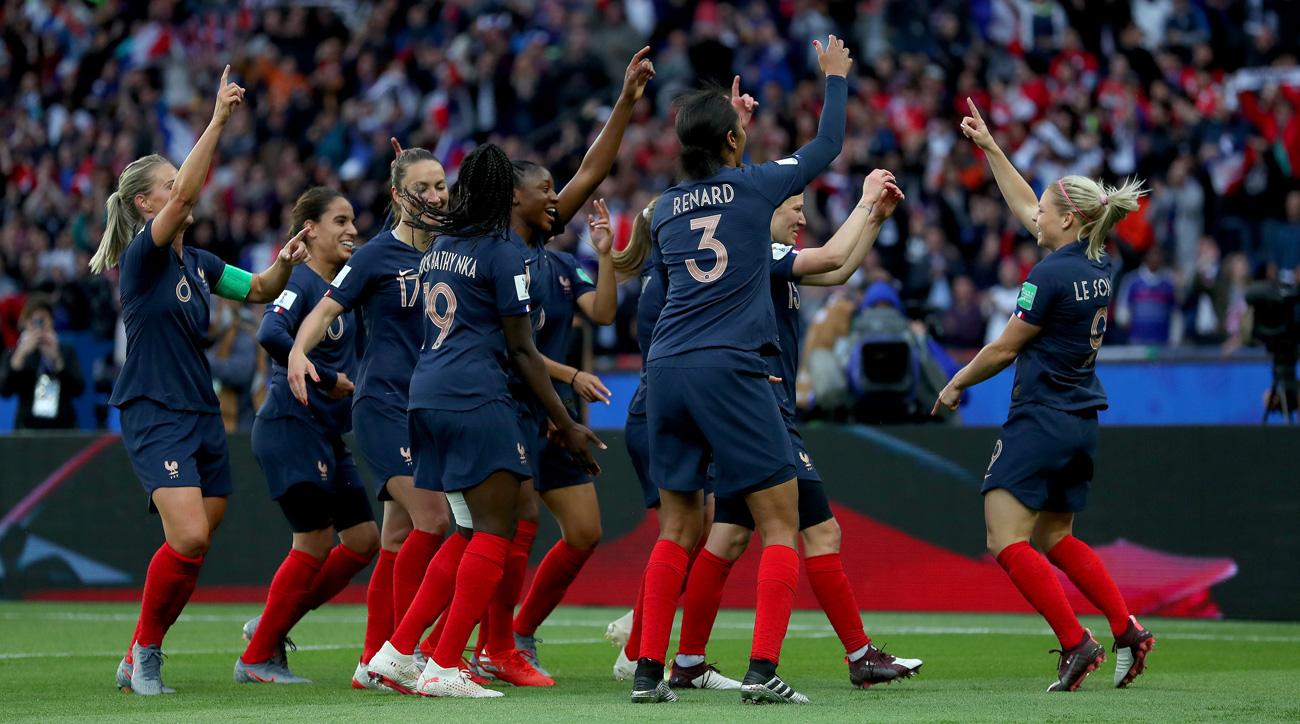 The Women’s World Cup has kicked off in France and today England – who edged out Wales in qualification – begin their campaign against Scotland in Nice. The tournament promises to create more noise than any before and, as Graham Thomas notes, is part of an increasing volume around the world, with Wales playing their part.

Odd, rather than even number years in the calendar – such as 2019 – are supposed to be the quiet ones.

But the impact being made across the board by women in Welsh sport, and the rising commercial interest, suggests this year could be of landmark significance.

Traditionally, the even years are meant to be when sport makes most noise. These are when football hosts its (men’s) World Cup and European Championship finals – 2018 and 2016 being the most recent. The Olympics happen in even years – 2012, 2016 and the next in 2020, while the Commonwealth Games follow the same pattern.

The (men’s) Rugby World Cup is held in odd years, such as this one, but generally the two-year cycle of even year dominance prevails.

But 2019 could be different. And it’s because women’s sport is poised to be louder than ever before as it strides, lung-full with purpose, towards centre stage.

This weekend, football’s Women’s World Cup kicked off in spectacular fashion in Paris in a season when interest in the game has surged. A month from now, the Netball World Cup is being hosted in Liverpool, still the biggest participation sport for women in the UK and also enjoying rising focus on its elite levels.

Sadly, Wales missed out on qualification for both tournaments – but the evidence clearly shows neither sport is missing out on the boom threatening to explode old assumptions.

The Celtic Dragons – Wales’ only representative in the Vitality Superleague and the vehicle to produce a strong national team – enjoyed their best season for years under captain Nia Jones and played in front of packed houses at the National Sports Centre in Cardiff.

Jayne Ludlow’s Wales football team seized the nation’s attention during their World Cup qualification campaign, particularly in their clashes against England, and although they narrowly missed out on the finals, they perhaps created something more important.

They have moved the nation’s barometer from collective indifference, through curiosity, to committed support. In 2019, people now respect Ludlow’s team  . . . and they care.

Individual players now have profiles that rival some in the men’s game. Jess Fishlock, Wales’ greatest ever player, suitably plays for Europe’s best team, Lyon in France and 2019 delivered something special.

Having beaten Chelsea in the semi-final – who included Wales captain Sophie Ingle – Fishlock’s team triumphed with their fourth successive European title after a Champions League final victory against Barcelona.

The same change is occurring in women’s rugby in Wales. The measure of progress can be gauged not just by the performance of the team in the Six Nations, but by the growing recognition given to star performers.

When Jasmine Joyce scored a breathtaking individual try against Italy – only to be cruelly ruled out by the TMO for an earlier forward pass – social media was ablaze with references to a female version of Shane Williams.

By the time Joyce scored another four brilliant tries for the Barbarians in April – which this time all stood – the questions were more about whether Shane had ever matched the shimmering brilliance of ‘Jazz’.

The same success and superlatives are in evidence elsewhere in 2019 in other sports.

Jade Jones has been the woman to beat for everyone in the world of Taekwondo since winning the first of her two Olympic titles in 2012 and in May in Manchester she won the crown that has eluded her so far – world champion. Wales’ Lauren Williams, two-time junior world champion and still only 20, might have made a similar impact, had it not been for a leg injury.

Commonwealth champion Alys Thomas will go to swimming’s world championships in South Korea in July ranked number three in the world in the 200m butterfly. Fellow Commonwealth gold medalist Georgia Davies will be alongside her and compete in the 50m backstroke.

Tesni Evans is another Welsh woman ranked in the top 10 in her sport in the world in 2019. Currently, squash’s world number nine, she reached the quarter-finals of the world championships in the USA in February.

Runners Melissa Courtney and Charlotte Arter are set for the World Athletics Championships in Doha in September, while boxer Lauren Price and sailor Hannah Mills aims to stay among their sport’s elite as they target more medals at next year’s Olympics.

Yet a glance through much of the mainstream media in Wales shows that a great deal of this effort, talent and star quality flies well under the radar.

In a bid to change that, many of those involved in women’s sport in Wales created the “Watch Her Go” campaign earlier this year – an overt attempt to grab the volume button and turn it up upwards.

Leading broadcaster Clare Balding, who spoke at the launch, believes this year is when that sound finally breaks through the walls of indifference.

“When the history of women’s sport comes to be written, they will say that 2019 was the year that things changed, when it all came together for women’s sport in the UK,” she says.

“It will be the year when we gained more regularity of coverage, gained more respect, and earned higher reward for women competing in sport. You see, the exciting thing about putting on women’s sport is you’re appealing to an audience that hasn’t ever before been given what it wants.

“I think this is important because it changes the way we think about everything and changes what women are able to do with their lives.”