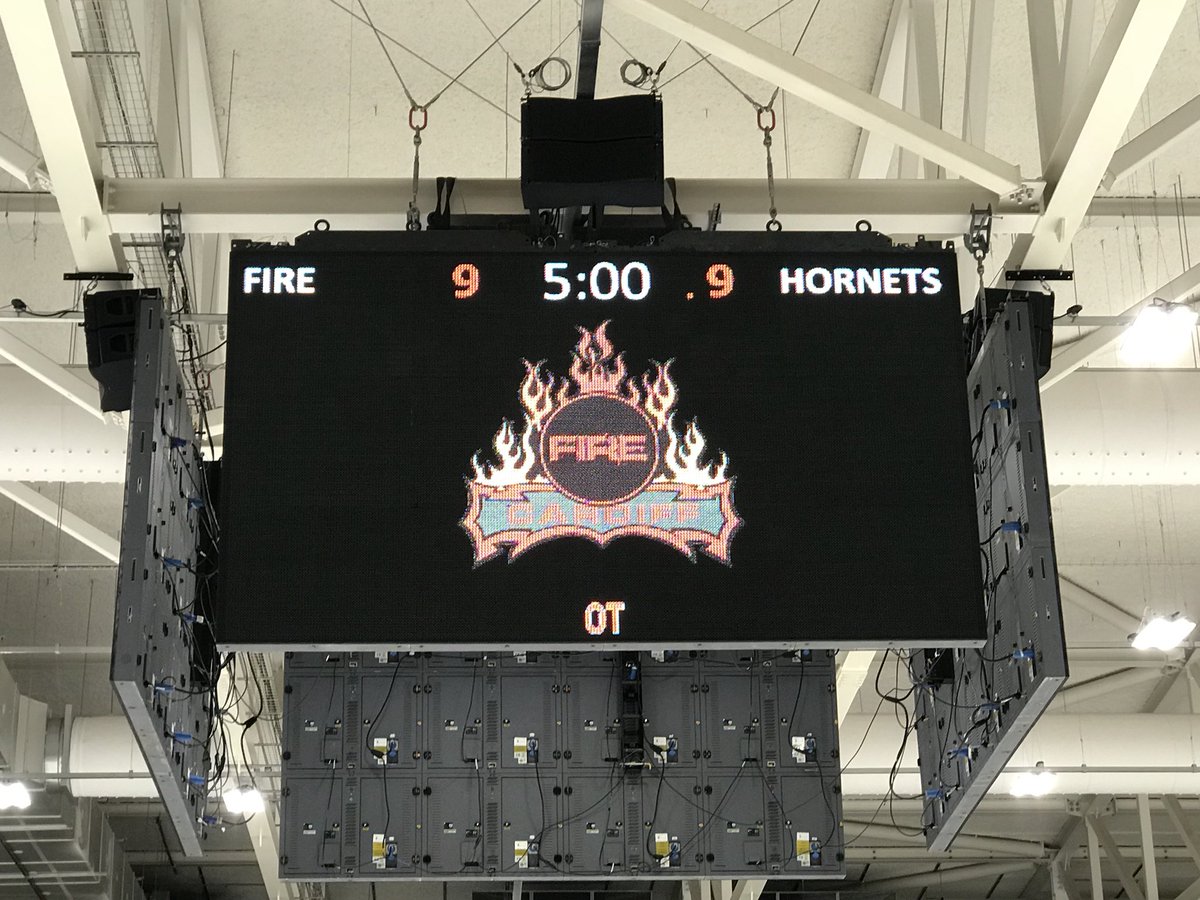 The Ice Arena Wales scoreboard at the end of 60 minutes - Fire 9, Hornets 9. Cardiff emerged winners 10-9 thanks to an overtime winner by Tamas Elias.

The ice in Cardiff Bay caught Fire and left the Hornets burned out and hurting. Or did I dream it all as Fire staged a huge recovery to win 10-9 in overtime?

This explosive, incredible, remarkably entertaining National League match had almost everything anybody could want in an ice hockey match at any level.

Spectators at Ice Arena Wales were treated to the spectacle of two teams – Cardiff Fire and Bracknell Hornets – going toe-to-toe, slugging it out and refusing to give an inch.

After two periods fans of both teams were already gasping after 13 goals and two fights.

Captain Alan Armour and his Cardiff band of brothers were down, time and again. They were, surely, finished when they were trailing 9-6 heading into the last five minutes of the match.

The men in Armour’s Army refused to go along with that view and, in a sensational finish, they scored four three goals in five minutes and two seconds to tie things up and then fired an overtime winner.

Swindon-born Price, also 22, finished with four goals including their first two, both on the powerplay.

In a fiercely contested match Ross Wilkinson and Sam Bryant were involved in fights. A big centre ice hit by Wilkinson upset the visitors and Conor Sheehan took exception, but the Fire man clearly came out on top during the opening period.

Bryant and Hornets’ man Adam Bicknell were next to drop the gloves in a fairly even contest.

This was a second successive win for Cardiff Fire following their victory at Invicta the previous evening and they look ahead with great confidence after this weekend.

Player-coach Chris Douglas, who was on the bench rather than the ice against Hornets, now prepares his team for consecutive away fixtures, against Bristol Pitbulls next Saturday (5pm) and then Slough Jets (Saturday, October 27; 5.45pm).