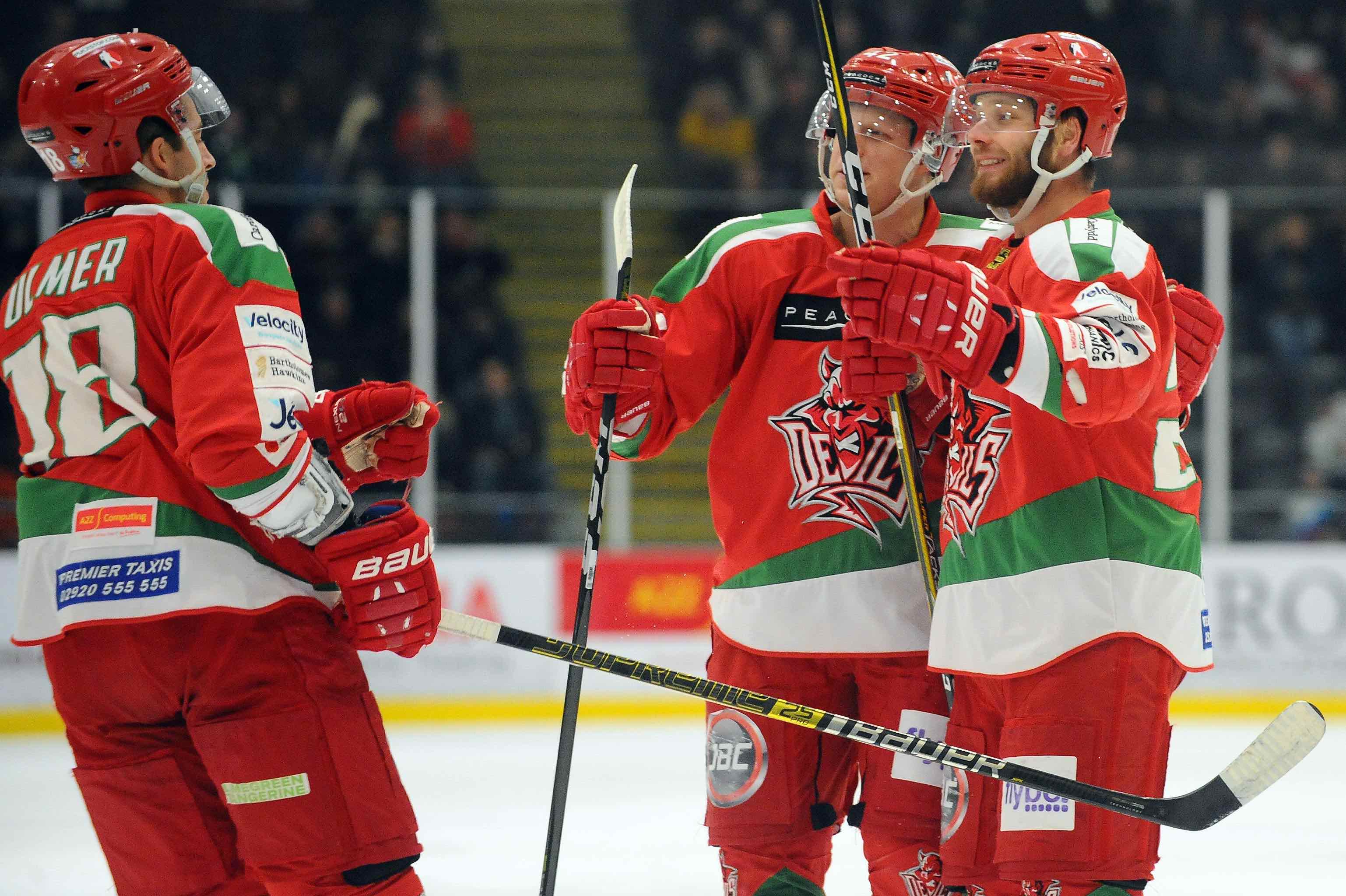 Tom Barrasso, the Sheffield Steelers coach who brings his team to Cardiff Bay on Sunday, says Cardiff Devils are ‘the best team in Elite League’.

American Barrasso says: Devils are an extremely good team. In my opinion, they are the best in Elite League, in my opinion,” said the team boss.

“Put them in a seven-game series, they beat everybody in the League.”

Steelers play at the Viola Arena on Sunday, almost 24 hours after Devils take on Coventry Blaze at their Skydome Arena.

Head coach Andrew Lord and his Cardiff players are locked level on points with Belfast Giants in a chase for the League title heading into the final month of the 2018-19 regular season.

Steelers can have a big say in who wins the League championship. Barrasso’s boys face Belfast at home on Saturday before coming to South Wales.

They also play both Devils and Giants again later in March.

Sheffield’s Robert Dowd says: “Cardiff have won the League in the last couple of years and are a strong team, but we embrace battles like that and look forward to them.

“It is a great weekend for us. We look forward to dates like that.”

“We played a really good 30 minutes last time down in Cardiff,” says Barrasso. “We skated with them, competed with them, put pucks deep and did all the hard things required to beat a highly skilled team. Then we ran out of gas.

“On Sunday we have to stay focused on the idea that we have to be fresh, ready and be committed to doing the good things we do which is defend hard with five men, put pucks behind their defence, be a little bit physical to get the puck back and spend as much time in the offensive zone as possible.”

Before that Devils test at the Viola, Steelers entertain Belfast Giants at home, who they defeated 4-2 in their last meeting at Sheffield Arena.

It’s fitting that 53-year-old Barrasso brings his team to the Viola Arena on NHL Appreciation Day.

On Sunday we are celebrating our love for the @NHL & you could win a trip to New York City and tickets to a @NewYorkRangers_ game 😱 #DevilsNHLNight
👇👇https://t.co/mPgGE1znpF

Devils managing director Todd Kelman says: “We know you love Devils, but this Sunday we want to encourage everybody to wear their favourite NHL team shirt – for one game only.

“We are celebrating our love of the best league in the world with a special NHL DAY at the Viola Arena when the Sheffield Steelers come to town on Sunday.”