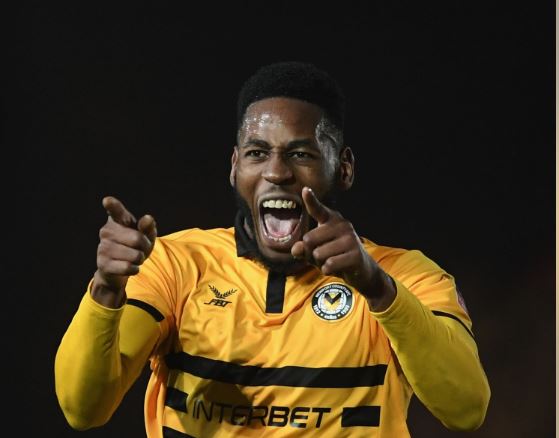 Newport County have clawed their way into the League Two top six and now have a run of four home fixtures in their next five matches.

Their 2-0 win against Swindon away, courtesy of goals from Mark O’Brien and Jamille Matt, was a massive result for the Exiles, who now face Carlisle United at home on Saturday.

That is followed by a Football League Trophy tie against Exeter City at Rodney Parade on Tuesday, October 8. County then face Cheltenham Town (away), Scunthorpe (home) and Crawley (home) in League Two.

Irishman Mark O’Brien, who scored Newport’s first goal at Swindon, said: “It was a statement performance. We’ve been doing that and showing it non-stop this season.

“We’ve shown we can compete with the so-called best teams in the league and have to keep this momentum going.

“The back five, our midfield plus Tristan (Abrahams) and Jamma (Jamille Matt) all put in great performances.

“It was a full team performance. We know we got players to create chances and play football. Our basis is making ourselves a hard team to beat and knowing that we’re going to work hard for each other. We’ve shown all that here.

“Newport supporters have been brilliant from when they travel away with us to the home support. When we get the support turning out at home it’s a fortress for us and not many teams enjoy coming there.

“If we can encourage fans out in numbers again we’ll put on another performance.”

County manager Michael Flynn was delighted with the team performance, saying:  “It was an outstanding performance.

“The game plan worked to a tee and we scored from a corner we worked on in training. The players kept to our game plan, they knew where Swindon’s weaknesses were and thankfully, we scored a goal from that.

“The shape, discipline, work ethic, desire – I can’t fault them.”

Flynn made two changes from the draw against Exeter, implementing a 3-5-2 system at The County Ground. Tristan Abrahams and Danny McNamara were called up in place of Padraig Amond and Corey Whitely.

Newport went ahead when Robbie Willmott picked out O’Brien at the back post from a corner and the defender powered a header down and past goalkeeper Luke McCormick.

Matt scored his second goal of the season after 82 minutes. Padraig Amond crossed with accurate precision for Matt to fire into the roof of the net.

County have already played a lot of the leading teams and Flynn will be delighted with their sixth-placed position after 11 fixtures.