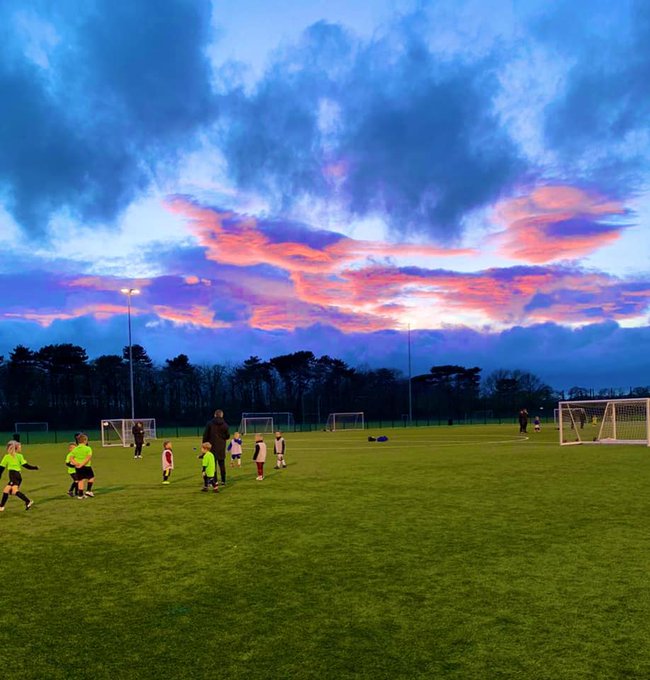 They may not carry quite the recognition factor of Cardiff City, Swansea City or Wrexham, but Brickfield Rangers FC just might be Wales’ biggest football club. They run 27 teams and have over 500 players, but it’s only by tapping into public funds have they been able to survive the current shutdown as Graham Thomas reports.

Robbie Savage cut his teeth – but not his hair – playing for Brickfield Rangers and now, thanks to emergency funding, others may continue to follow in his footsteps.

The former Wales midfielder, now a regular TV and radio pundit, played for the Wrexham-based club as a young kid back in the 1980s.

Brickfield have produced plenty of other talents, such as the Whitley brothers, Jim and Jeff, who both played for Manchester City and Wrexham – and more recently Aeron Edwards, who caused a major stir in the Cymru Premier League by moving from The New Saints to new Welsh champions, Connah’s Quay Nomads.

But that impressive production line has been under severe threat in recent weeks with the sporting shutdown casting a huge shadow over Brickfield’s future.

Relying on members’ subscriptions and bar takings to help pay the bills, no matches or training throughout the coronavirus pandemic has meant virtually no income.

For a club like Brickfield to go under would have been a massive blow to the local community. Not only have they a rich history in finding young gems, but more crucially they run an astonishing 27 teams to cater for all ages and abilities.

Those teams supply football for over 500 members through 30 qualified coaches in a club that has charitable status.

Was very cool to catch up and see my footy girls earlier to do their presentation evening on Zoom. Such a shame our season got cut short but glad to know they’re all safe and raring to go when we are allowed to get back to it @BrickyGirlsFC @BrickfieldRFC ⚽️

The teams range from four-year-olds to veterans, disability teams, boys and girls at all ages, futsal and walking football.

They also run two netball teams side-by-side with the football.

Such a wide variety of team provision have meant Brickfield have often been recognised with awards – both locally and nationally – including those held for community recognition by the Football Association of Wales.

Thankfully, an application to Sport Wales for money from the Emergency Relief Fund proved successful and the club known locally as “Bricky” are still alive and kicking.

“I’m not saying that without it, the club would have disappeared, but it’s meant we have been able to pay the bills and keep going.

“Without it, we would have been forced to shut everything down and then there could have been potential problems with vandals and the like.

“We have been able to pay some utility bills and put some towards our ground maintenance programme, which is crucial at this time of the year.

“We also have affiliation fees coming up which need paying, so without this grant then we could have been facing massive problems.”

With four pitches and a clubhouse to take care of and maintain, the utility bills soon add up for a club that use their members’ subcriptions to literally keep the lights on.

Most players pay an average of only £3.50-a-week for both training and match fees, while many sessions for the younger players are free.

Without an £800 grant, the club would have been forced to raid other funds – which themselves had been dwindling – just to keep going.

That would have been a big blow for a club with ambitions to expand further and provide a youth club service as well as football.

Unlike local authority facilities, the onus has fallen on Brickfield to maintain what they have. The welcome cash has enabled some basic maintenance on the fields, along with keeping the clubhouse ticking over.

“Without the grant, the club would have been closed down in effect during this period and that would have then made it difficult to open quickly again when the restrictions are lifted,” adds Paul.

Big thanks to the Fat Boar for sponsoring our league champions. pic.twitter.com/VnrRajEci8

“That would have thrown a big doubt over our ability to bounce back quickly and provide all the football that we have been doing.

“The worry is that once you lock the doors and switch everything off, the grass starts to grow, things fall into disrepair, will those clubs be able to come back? It’s going to be tough.”

By keeping the wheels turning, Brickfield hope they can recover quickly when grass roots football is given the green light to resume.

“This is what emergency funding is all about,” says Paul. “I would encourage other clubs that need help to seek it out as football is such a valuable part of our communities in Wales that we can’t afford to lose any of them.”