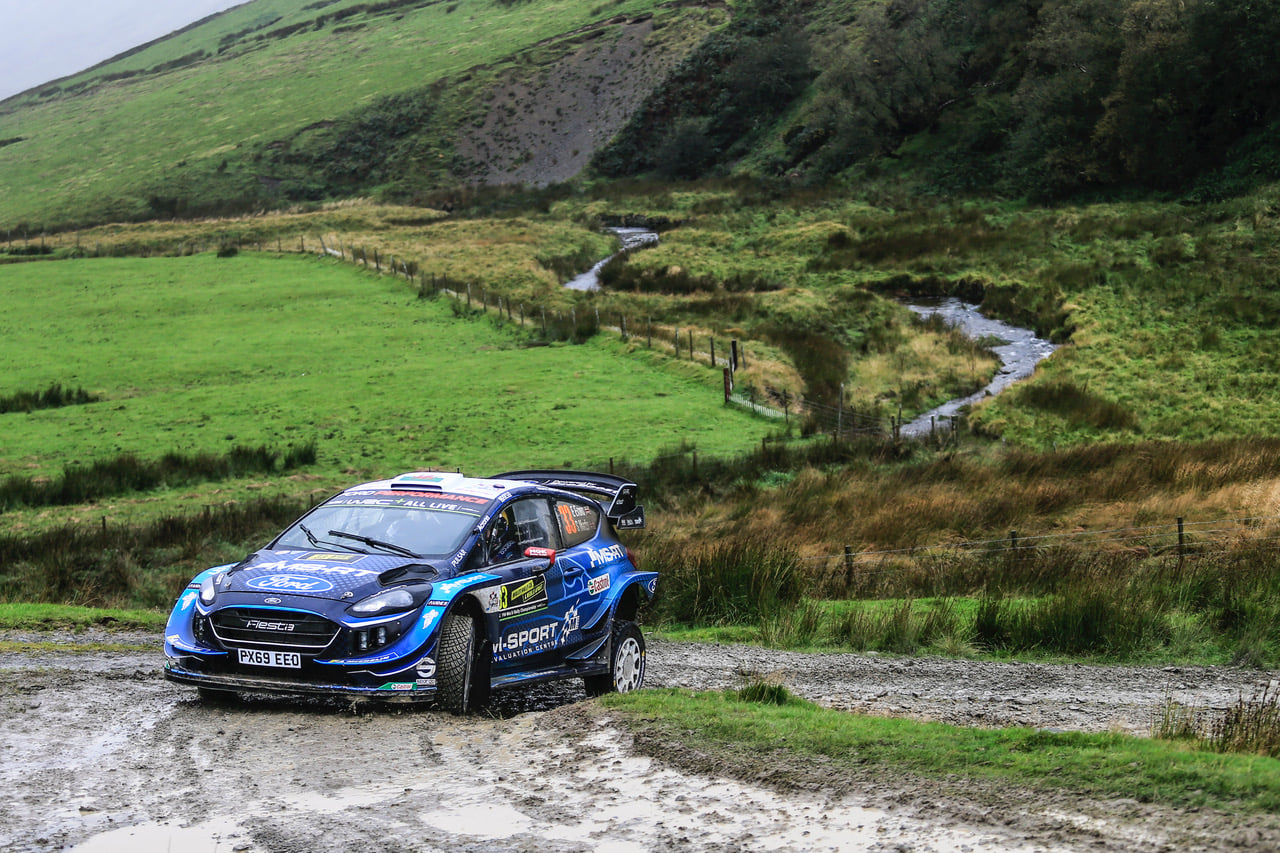 Elfyn Evans would have relished being back at this year's Wales Rally GB. Pic: Getty Images.

Wales Rally GB bit the dust this week as the latest sporting event to be shelved due the coronavirus pandemic. Infection rates may be falling, but until sport more generally is able to adapt to the realities imposed by social distancing, then the disappointment for fans will continue, as Paul Evans considers.

There is nothing like a global pandemic to make you appreciate what you have – or had.

Visiting loved ones, caring what day it is, driving for more than five miles just for the hell of it – simple pleasures that we took for granted.

The Welsh forest stages are some of the best in the entire FIA World Rally Championship.

Some say Myherin, situated in stunning scenery between Llangurig and Devil’s Bridge, is the best stage in the world.

Rally GB moved to Wales in 2000, and it has been supported by the Welsh Assembly Government since 2003.

For any title sponsor, that is an extraordinary length of time.

Mind you, for an event that annually brings between £8-9 million pounds in to the local economy, and during off-peak season too, it’s clearly seen as a very good deal.

It’s unusual for a title sponsor to influence the cancellation of its own, very successful, event – but that is what has just happened, highlighting Wales’ no-compromising and cautious coronavirus policy.

When Mark Drakeford, Wales’ First Minister, said that sporting events were “right at the very end of the spectrum” and “a long way off”, he wasn’t joking.

Any last hopes that Wales Rally GB could run on scheduled between 29 October – 1 November were dashed when the Welsh Government-supported Cardiff Half Marathon (planned for 4 October) was cancelled.

With no idea when travel restrictions will be lifted, when hotels and guest houses will re-open or when anything vaguely approaching a legal mass gathering will be permitted, there was little point in Wales Rally GB delaying the inevitable announcement.

As the next sporting event on the calendar, the coronavirus axe had fallen.

Which is a great shame, because the event organisers had planned a spectacular route that would have seen the return of a full length Myherin stage (not used in full since 2016), an extended Dyfnant stage and an even longer and challenging Sweet Lamb – Hafren stage.

These mega stages would have truly tested the very best drivers in the very best cars – and with each stage run twice, it would have returned endurance and adventure to what has to some become a nine-to-five flat-out spirit sport.

I might be cynical, we lose Wales Rally GB, then within a week there might be a full programme of events. Wonder if pressure came from fia or elsewhere, rather than welsh govt. With 4 months still to go, seemed early to write it off.

Unable to drive around Wales to survey this exciting new route, Wales Rally GB had created a back up “Covid-19 route” – a tried and tested format that could be 80% organised via Zoom meetings.

While Premiership football and Formula 1 gets ready to restart, it’s tempting to consider that an event like Wales Rally GB could take place later in the year.

And, as if we needed another “what if” – Elfyn Evans has made his best ever start to a world championship campaign.

The Dolgellau ace is currently second in the drivers’ standings, having become the first British driver to win Rally Sweden – along with finishing third in Monte Carlo (having led) and fourth in a shortened Rally Mexico.

If the fight for the world title had continued in the same vein, Evans would have been hot favourite to win his home event – which, as the penultimate round, might have been the deciding result!

But uncertainty remains about what we will and won’t be able to do come the autumn, regardless of a second wave or a miracle vaccine.

So, this week, Wales Rally GB had little option but to take the decision to cancel this year’s event – and you cannot blame anyone for it.

Sad about inevitable cancellation of @WalesRallyGB. My son was tiny the 1st time he went. How lucky to get to #RallySweden in Feb…. our inaugural overseas event! Maybe some would say we’ve had our annual @OfficialWRC fix, but, like anything good you always want more. pic.twitter.com/zof4MEHO4k

And the outpouring of disappointment from around the world, with fans saying how much they’ll miss coming to Wales to watch the best drivers in the best cars on the world’s best rally stages, has been overwhelming.

The weather can be miserable and the traffic a nightmare – but people really do love Wales Rally GB!

And with this warm glow of affection comes some good news for Wales.

Talks between the Rally GB organisers and Tourism Northern Ireland have come to a halt without agreement.

Which means we will see those mega stages run through Myherin, Dyfnant and Sweet Lamb – Hafren after all.