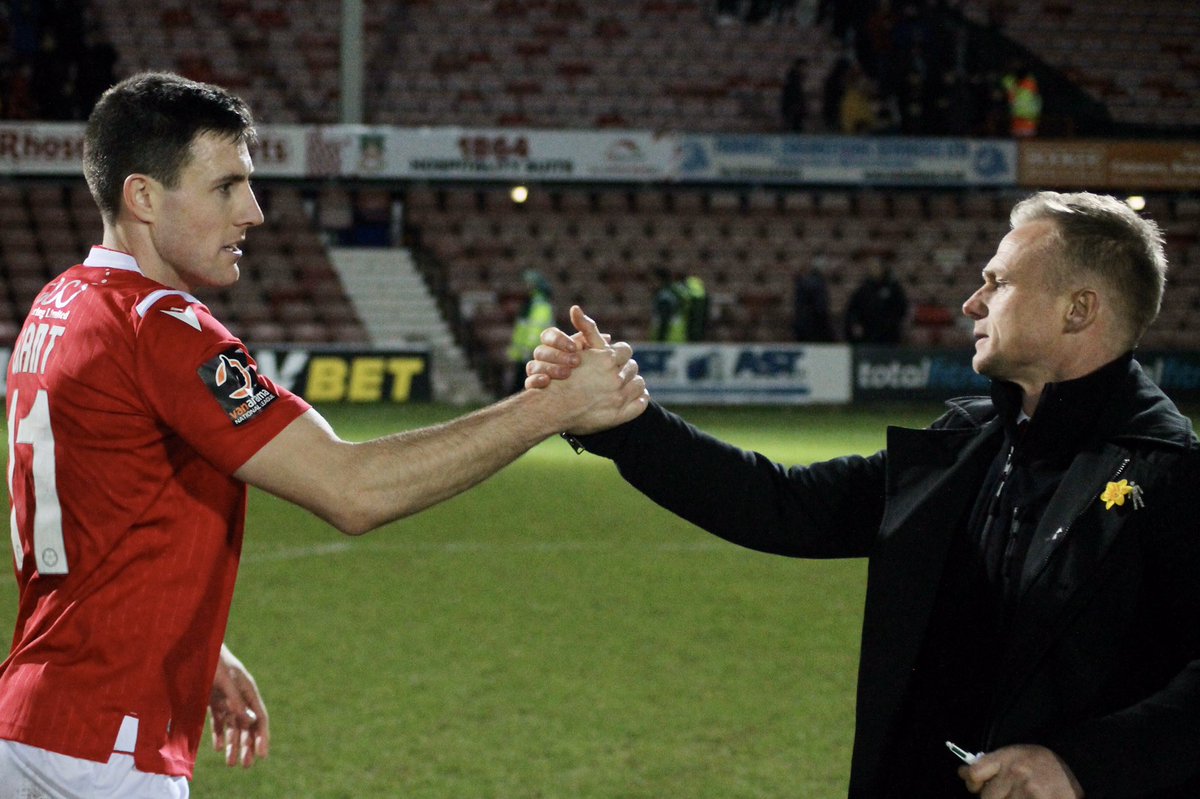 James Jennings has family connections at Wrexham FC – and he’s intent on helping the Dragons leave their Vanarama National League relegation. Issues behind them.

Manchester-born Jennings, signed from, signed from Cheltenham Town, is the younger brother of Connor Jennings, a former Wrexham striker who now plays for League One Tranmere Rovers.

James already knew the Racecourse ground well before he signed for the Reds two years ago because he used ago watch his brother play for the club. Whenever the opportunity came up.

Former Manchester City trainee James, now aged 32, scored for Wrexham in their two-goal win against Moors, a result which lifted them out of the bottom four.

Their next League match is against Sutton United, a team, who are level on points with the North Walians. That fixture is on Saturday, December 21.

“We knew the match against Solihull was massive,” said James. “We had a well deserved win at Eastleigh on Tuesday and had to back it up on our own turf.

“Solihull throw everything at you. They have big lads, win knockdowns and second balls. It was crucial that we started well.

“We had 2-0 at half-time and had to make sure we came out for the second half and the scoreline stayed the same. Minimum.

“It was a perfectly weighted pass by Paul Rutherford which gave me the chance to score. The ball sat up nicely and I thought I would have a go.

“There were times when we could have been more composed on the ball, while it’s great to earn a clean sheet as well.

“We felt we had Solihull rattled and they were complaining at referee. The gaffer said the harder you work the luckier you get and we’ve had back-to-back wins and back-to-back clean sheets.”

Promotion-chasing Moors were gunned down at the Racecourse thanks to first half goals from Omari Patrick, his third goal in two games, and Jennings.

Wrexham are in 20th place, while Solihull dropped to fifth in the table.

“What a difference a week makes,” said manager Dean Keates. “Two wins on the bounce and it’s positive going forward. A building block.

“For me it’s the best result since I came back top the club. We knew what we’d be up against. Solihull are strong, physical and put you under immense pressure.

“When you are down there, you are not going to score five or six goals. That’s the time to be resilient and set your stall out. Defensively we’ve looked real.

“We will get ourselves ready for Halifax in the FA Trophy next week and make sure we are ready then to go down to Sutton United because that is a massive game for us, a massive, massive game for the football club.

“We have to go there and make sure we get something.”

Keates stuck with the same starting line-up who won at Eastleigh, although Jazzi Barnum-Bobb replaced Devonte Redmond among the substitutes.

Rutherford played in a more advanced role as part of a front three as Keates tweaked the team system.

There were 11 players booked during the second half in an often bad tempered match, six of those from Wrexham. Mark Harris, a striker who is with the Dragons on loan from Cardiff City, was an unused substitute cautioned as he was warming up.