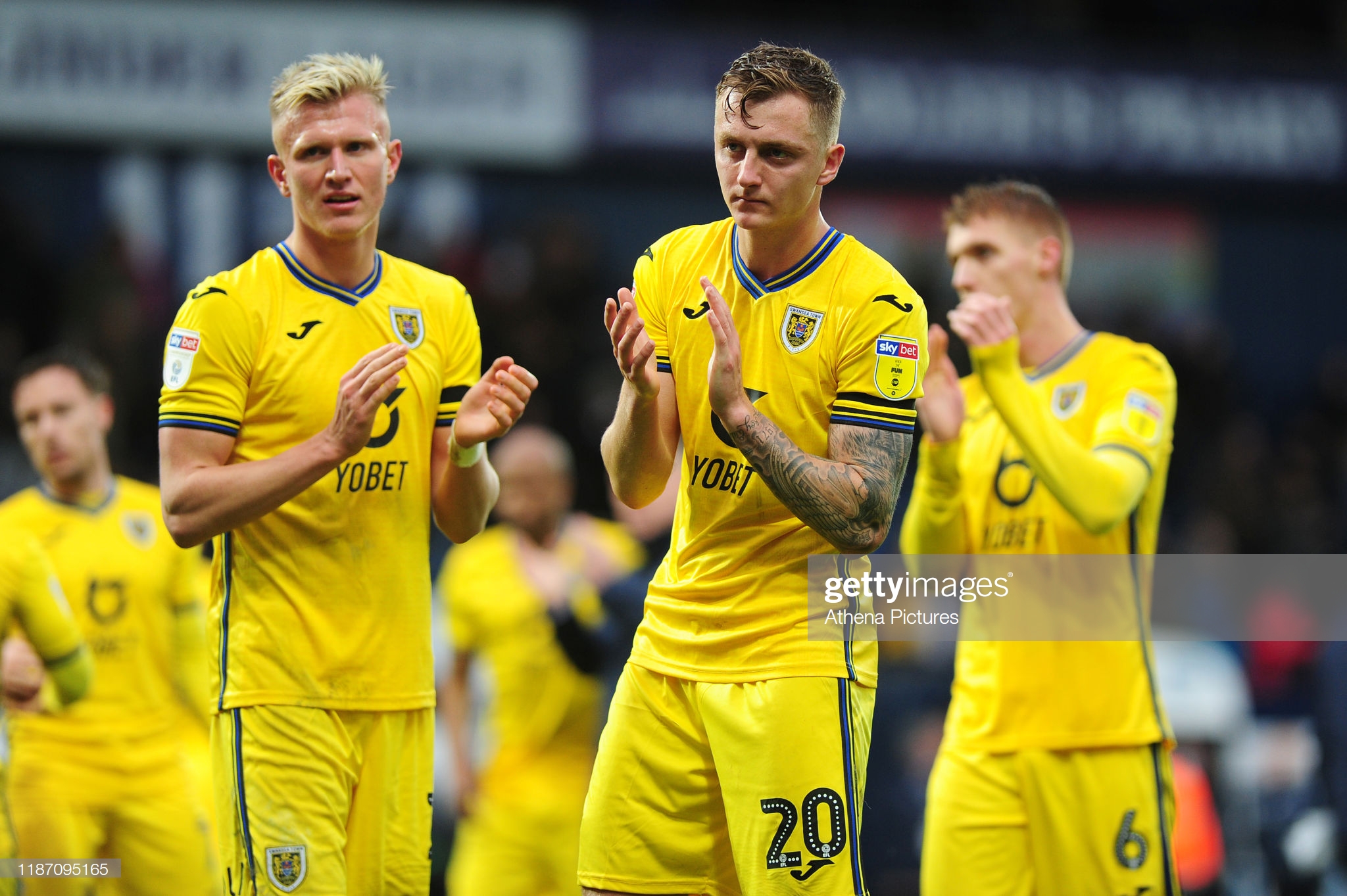 BIRMINGHAM, ENGLAND - DECEMBER 08: Ben Wilmot of Swansea City applauds the fans at the final whistle during the Sky Bet Championship match between West Bromwich Albion and Swansea City at The Hawthorns on December 08, 2019 in Cardiff, Wales. (Photo by Athena Pictures/Getty Images)

Steve Cooper accused his Swansea City players of self-inflicted wounds after they were thrashed 5-1 at West Bromwich Albion.

The Swans manager has also demanded an immediate reaction from his players after their unbeaten away record was torn up into tiny pieces by the rampant Championship leaders.

After rattling through August without a care in the world and topping the table themselves, Cooper’s team are now falling down the league ladder at an alarming rate.

This defeat dropped them to 11th and although they are only two points off the play-off places, they have won just three times in their last 15 matches.

That is relegation form and Cooper confessed: “The scoreline says it all. It was a difficult day.

“If you’re going to be as naive as we were with the goals, you’re asking for trouble.”

Swansea now host Blackburn Rovers on Wednesday and Cooper added: “What we need to do is respond in the right way.

“I’ve said to the players we’ve got one option and that’s to put it right on Wednesday night.

“A lot has rightly been said about not winning enough games at home, and we will not shy away from that.

“We look forward to playing there, and the only way to get over the challenge is by facing it head on. The frustrating thing is the culture and training ethic is a good one.

“I have no problems with the attitude or effort of the players, what we are questioning today is the decision-making and some of the naivety.

“I don’t feel any players are not with us, we are very together. We need to handle the criticism we will get from this game, because it will come, and make sure we get over it for Wednesday.”

Goals from Semi Ajayi, Matheus Pereira, Hal Robson-Kanu, Matt Phillips and Kyle Edwards gave Albion their biggest win of the season, put them back above Leeds and extended the gap to third-placed Fulham to 10 points.

Sam Surridge had pulled one back to make it 2-1 but the outcome was never in doubt.

“Without other teams making a miracle, and without us dropping down, how many games do you need to close a gap of 10 points? Ten games,” said West Brom manager Slaven Bilic.

Pereira had a hand in all five goals and Bilic compared him to some of the great talents he has managed.

“Everybody likes to play with young players who are good on the ball,” he said. “Is it Modric when he was a kid in Croatia? Is it Lanzini? Is it Payet? But it’s not enough. There’s always room for good players if they work hard.

The defeat was the worst of Cooper’s tenure at the Liberty Stadium and he added:“We picked the worst day possible to give such opportunities away. That naivety cost us. The first goal we should have dealt with the long ball before the corner better.

“For the second goal we were in comfortable enough possession up the pitch.We then get back in the game, we are in the ascendancy, and then we give away the third goal the way we did – from our own throw-in in a comfortable part of the pitch – sums up our naivety.

“Unfortunately that continued with the fourth and fifth goals. We got what we deserved.”