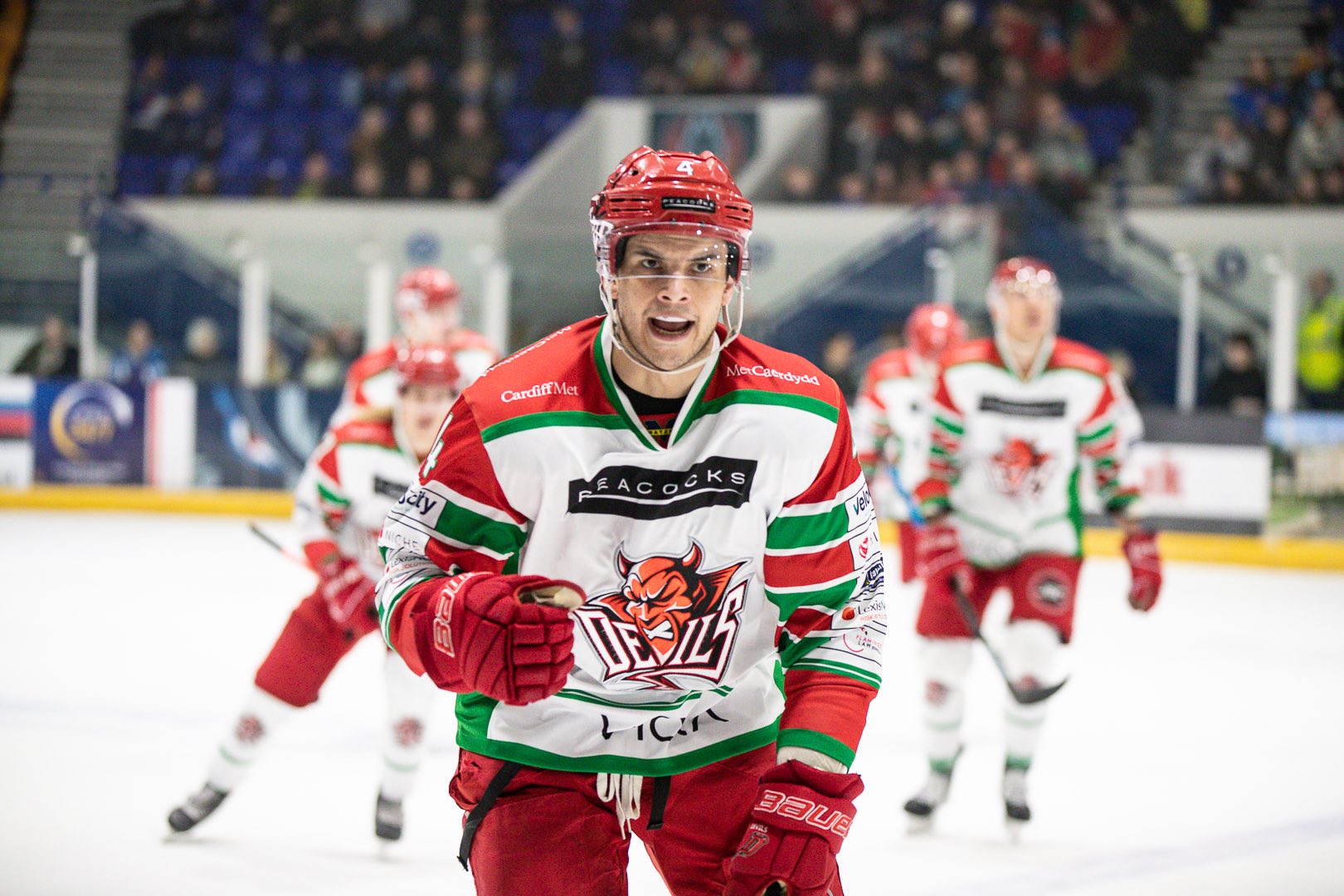 Coach Andrew Lord and his Devils have won 11 of their last 12 league and cup matches – five of those by a single goal – and even in the lone defeat, 3-2 against Nottingham Panthers, Cardiff earned a point because the teams were level after 60 minutes.

Devils have scored 50 goals in that run, which started at the end of November, and conceded 27.

Mark Louis, Charles Linglet, Bryce Reddick and McNamee were the scorers in a hard fought success.

“A big win, a tough win,” said Devils coach Lord. “Blaze are a good team and a fast team. Our start was not ideal, but I liked our second much better.

“In the third we generated a couple of good goals by getting to the net and then handed it back. Thankfully, we found a way to win by scoring to make it 4-3 and shutting things down at the end.”

Cardiff were 3-1 ahead with just over 15 minutes left before Coventry hit back to level the scores at 3-3. Then McNamee came up with the winner after 48-01.

“We played a good 60-minutes,” said Coventry coach Danny Stewart. “There were a couple of mistakes and when that happens Cardiff will make you pay.

“There was an unlucky bounce for the third goal, while we hit the bar when we had the extra attacker. Such fine margins between winning and losing.”

Devils and Blaze meet again on New Year’s Day with the puck dropping 4pm at the Viola Arena in Cardiff.

While Devils were winning in Coventry, Cardiff forward Blair Riley played his part in the Team Canada group who won the Spengler Cup in Davos, Switzerland.

Canada won the Spengler Cup for the fourth time in five years.

It was a record 16th Spengler title for Canada, breaking a tie with host HC Davos for most in tournament history.

Riley is on his way back to Wales and will be available for their matches next weekend.

TICKETS: There are just a few single seats left so it’s looking like we’ll start the new decade with another #HellOut. Keep an eye on our social media as tickets may become available on the day. Click HERE to purchase single seats or call 0800 0842 666.