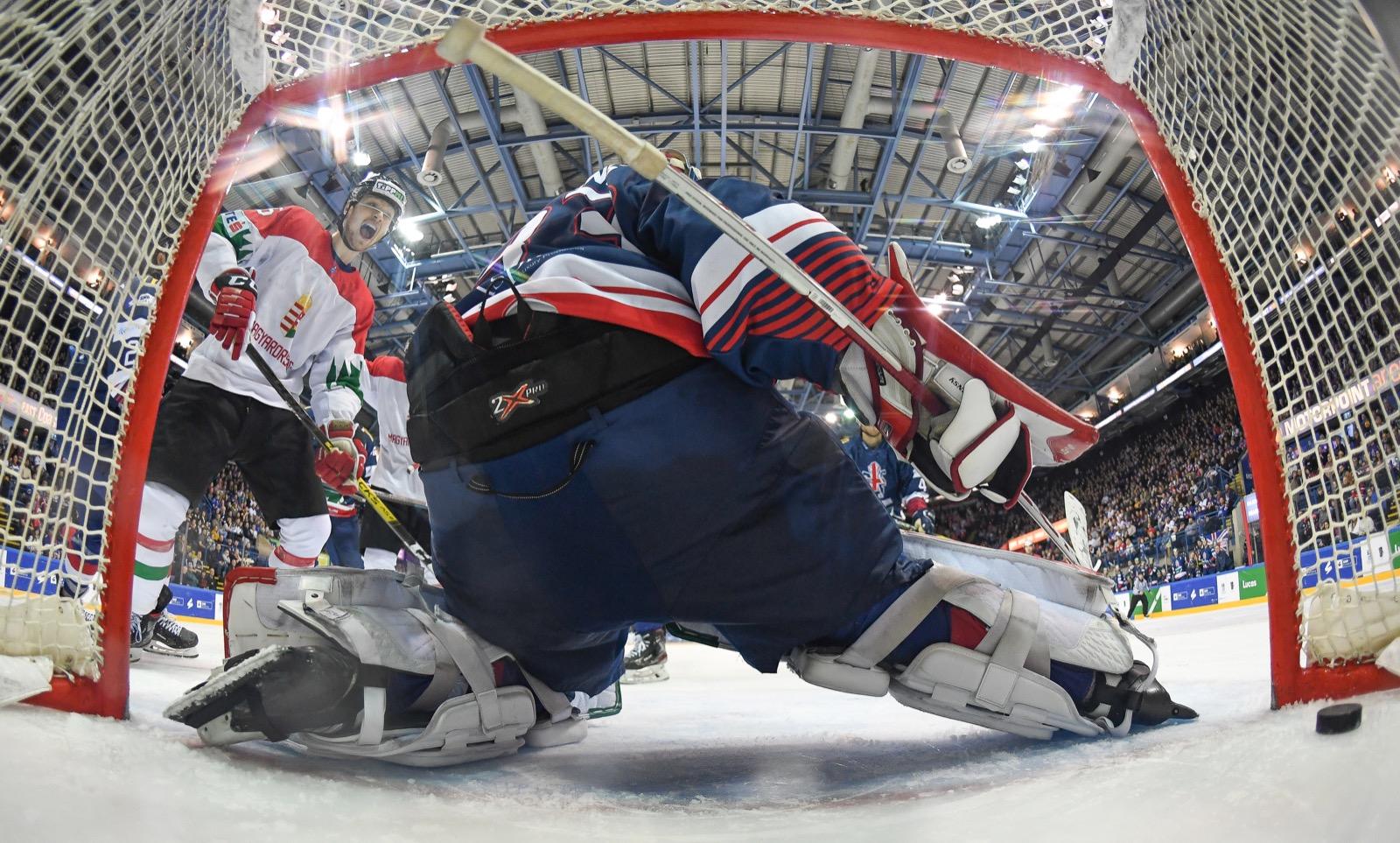 Great Britain’s Olympic dream ended when they slipped up 4-1 in their qualifying clash with Hungary at the Motorpoint Arena in Nottingham.

Cardiff Devils forward Matthew Myers scored for GB, but they finished second in the qualifying group Hungary take the lone spot in the next stage.

Hungary now go to Latvia – one of three final-stage groups – as GB finished second with two wins from their three matches.

Head coach Pete Russell said: “We gave it everything and dominated at times.

“But credit to Hungary. They played a great game and were excellent defensively.

“We have a lot to be proud of and I have to make a special mention for our supporters.

“We had some fantastic support, the backing these past few days has been unbelievable.

“The fans deserved to see us go through, but it wasn’t to be and we now turn our attentions to the World Championship.”

The first period was goalless, but GB were on top. Myers had a chance short-handed and Jonathan Phillips was denied by a neat pad save from goalie Miklos Rajna, who then made a terrific stop from Mike Hammond’s one-timer.

Brendan Connolly saw his close-range shot saved, while at the other end, Ben Bowns made two great pad saves at the midway point of the period.

Hungary went ahead 32 seconds into the second session through Bence Stipsicz’s shot from the slot (20-32).

Scott Conway hit the bar on an odd-man rush on the powerplay before Hungary grabbed their second with a one-timer from Csanad Erdely from close range (31-17).

Matthew Myers scored his 19th international goal as he reacted first to pounce on a rebound on the powerplay 57 seconds into the third period (40-57), but Janos Hari’s clever wrap-around made it 3-1 at 45-11.

GB pressed to get back into the game and Davey Phillips’ shot was cleared off the line before Hungary broke the other way and Istvan Sofron pulled a nice move for Hungary’s fourth (52-00).

GB had set up the winner-takes-all qualifying showdown against Hungary by beating Estonia 7-1.

After a scoreless first session, GB netted four times in the second period to take a stranglehold on the game.

Brett Perlini tipped in Davey Phillips’ shot (23-30) and Betteridge’s fantastic one-timer from just inside the blueline made it 2-0 at 28-26.

Conway scored through the five-hole 52 seconds later (29-18), Perlini grabbed his second with a one-timer from the top of the circle on the powerplay (32-43), before Aleksei Sibirtsev got Estonia on the board (38-56).

Luke Ferrara’s perfect pass found Conway who jumped into the play to fire in his second (54-47).

Elite League teams have been on a break during the Olympic qualifying tournament. The next fixture for Cardiff Devils is against Coventry Blaze on Saturday, February 15.