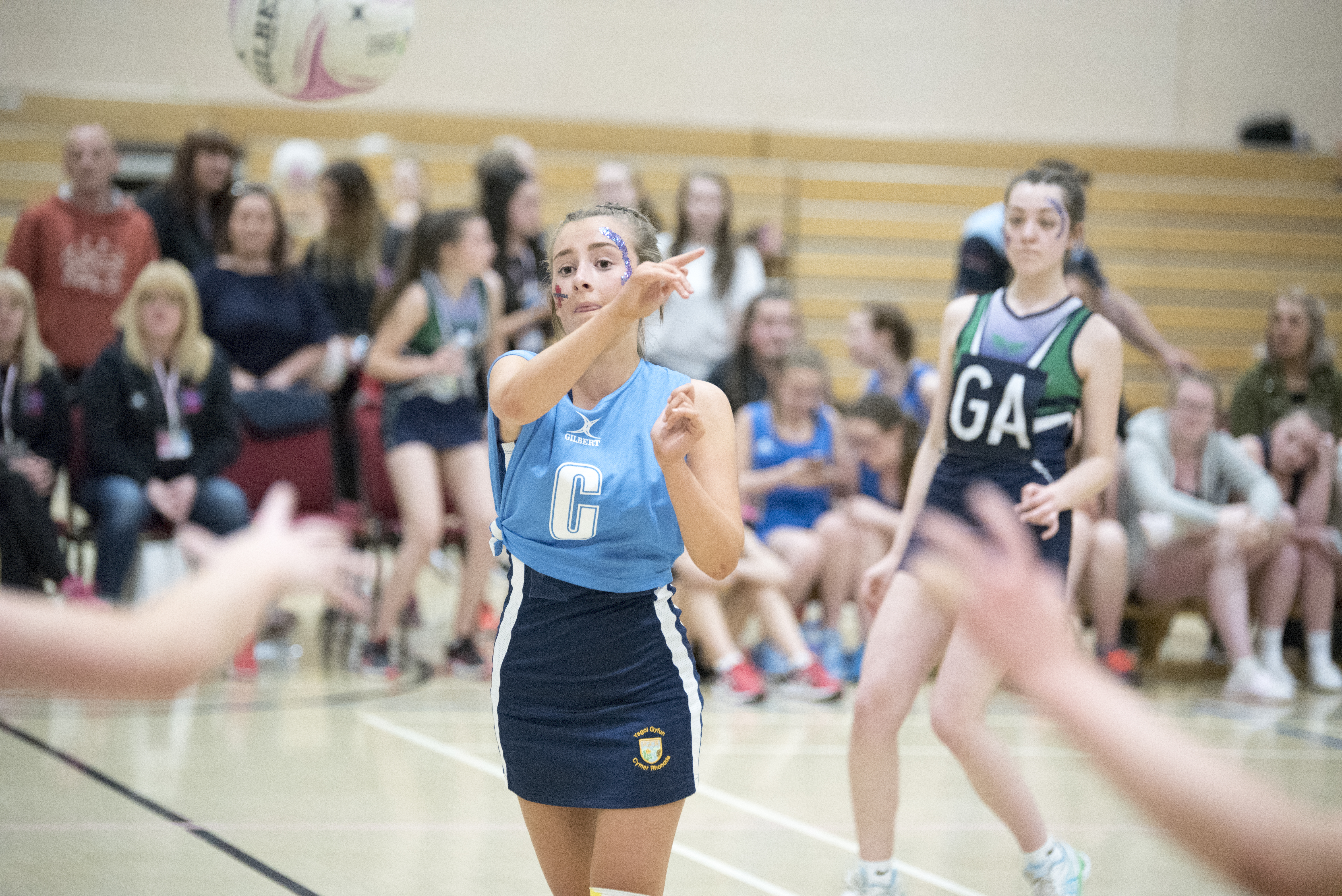 Wales international Sara Bell says her Bryn Celynnog Comprehensive School team are keen to test themselves against the best the Valleys has to offer at the Rhondda Cynon Taff Schools Netball Championship.

The former Celtic Dragons Superleague player – now playing in the Premier League with Bath Toucans – coaches the schools teams at Bryn Celynnog, who are competing in the Rhondda tournament for the first time on Thursday, February 13.

Defending champions Ysgol Nantgwyn have already pinpointed Bryn Celynnog as serious rivals for their crown at the 13-team tournament and Sara reckons her Beddau newcomers are poised to offer a big challenge as the leading netball schools across the RCT area battle it out.

“We are really looking forward to it and it’s great that we have the opportunity to participate,” says Sara.

“Rhondda Netball do so much for young girls through sport. The fact that we have been invited along to this tournament, along with other schools from our area, is fantastic. The participation levels throughout the area are growing and that’s really encouraging for the sport.

“We don’t have that many tournaments throughout the year, so this is one that we’re really excited about.”

“Rhondda Netball as an organization have achieved a big profile and I’m hoping it will now give other areas in Wales a boost and show what can be done.”

Bryn Celynnog have previously been involved in the Rhondda leagues, but this is the first time they have entered the knockout tournament.

But they will travel with a strong squad that includes current Wales U17s squad member Esme Cornelius as well as her two teammates from the Celtic Dragons U17s squad in Ella Shields and Josie Bennett.

They were recently runners-up to Ysgol Gyfun Garth Olwg – another challenger who be among the 13 schools at the Cardiff House of Sport – in the regional final of the Ann Smart tournament and they also went well at the Urdd netball tournament.

Sara adds: “Ysgol Gyfun Garth Olwg are strong. They beat us last week, although it was a narrow loss, with only three goals in it.

“They have come through together from year 7, they’re strong and they are probably our biggest rivals, locally.

“Ourselves, Ysgol Gyfun Garth Olwg and Ysgol Gyfun Llanhari were the top three of the tournament we attended last week, so they will all be strong. We don’t too much about the Rhondda schools, but that’s what makes it exciting.”

“But we are expecting the Rhondda to be very good and Nantgwyn won it last time.”

As far as coaching and preparation for the event goes, then Bryn Celynnog could not be in better hands.

Sara has been teaching at the school for five years, combining those duties with a top level playing career that earned her a seven-year spell in the Wales national squad.

This season, she has stepped away from the international squad but will playing at Premier League level in England – one step down from Superleague – at a club that have also recruited her former Wales teammate and Welsh netball legend, Suzy Drane.

“I have more times on my hands, which is nice, but I do miss it,” she says.

“There is lots of change going on within the Wales set-up at the moment, but I still think they will do well this season.

“They have a number of youngsters coming through and they have done well in their recent practice matches. It’s an exciting time when we are building for the World Cup and Commonwealth Games.”

Those types of tournaments are the pinnacle of the sport and what many of the girls playing at Rhondda Cynon Taff Schools Netball Championship aspire to.

What an amazing night at our first senior and youth games of the year!! Here are some of our highlights! Enjoy! ☺️ @RhonddaNetball pic.twitter.com/kUNFYrNFw5

But Sara says her players have the opportunities to let their talents follow her footsteps.

“The girls often ask me how I managed to get to the level I’ve played at, but they are doing the same things I did at 16 and 17 and they can see a clear pathway.

“I was Llanelli-based then, playing in local leagues. Then I moved to Cardiff Met, started playing in the Cardiff league and moved on to the Celtic Dragons.

“There is lots of young talent coming through and I love to see their enthusiasm and motivation.”

If Bryn Celynnog Comprehensive School do win the RCT Schools Netball Championship, then Sara says it will be thanks to a combined effort of more than just a handful of players.

“We haven’t had that many games this year because at year 11 there are lots of pressure with studies and I don’t want to push them too much.

“With some players away with Wales and the Celtic Dragons, it can sometimes be difficult to find the numbers, but we now have a good group of year 10s who are coming to training on a weekly basis.

“From that, I’m able to field two strong teams, So, the years 10s are fitting in very well and it’s a real team effort.”