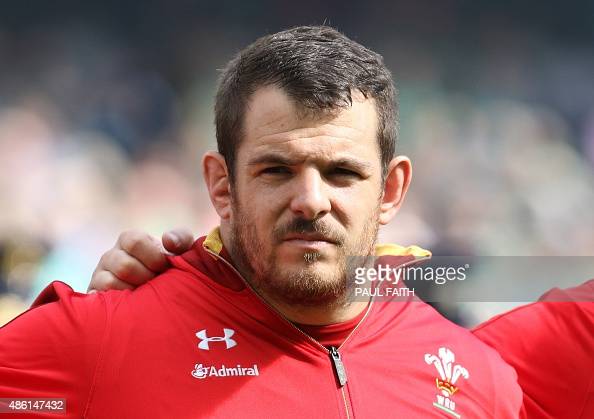 Full back Aaron Jarvis ahead of the 2015 Rugby World Cup warm up match between Ireland and Wales at the Aviva Stadium in Dublin, Ireland. Pic: Getty Images

Aaron Jarvis joined his family on a plane to the USA on 28 December to head off for the next adventure in his rugby career.

The 18-times capped Wales prop decided to hang up his boots at the Dragons before Christmas to take up a coaching opportunity with the Dallas Jackals in the Major League in America. His job begins next week when pre-season starts.

“It just felt right for me to call an end to my career now and move on to the next opportunity. I always said I wanted to get to 36 and I’m 35 now, so I’m pretty close,” said Jarvis.

“It was always my intention to go into coaching when my playing career ended, so to be given this amazing opportunity is incredible. It was something I couldn’t turn down.

“To be going to Dallas when MLR is growing is a huge opportunity for me both personally and professionally. The MLR is still in its infancy, but it has grown year on year.

“It is a great opportunity for me to escape the bubble of Welsh rugby and get stuck into coaching straight away. We’ve got a short pre-season and there is a lot to do in very little time.”

Former England and Ireland coach Brian Ashton is the coaching consultant for the team and ex-Waratahs and Australia Sevens cap Michael Hodge is the head coach. The backroom team also includes Darren Lewis, the Cardiff Met graduate who became heads of performance analysis at Gloucester Rugby.

Born in Exeter, Jarvis graduated into professional rugby via the Bath academy and won junior honours for England at U16 and U19 levels. He made 50 appearances for Bath before joining the Ospreys.

A Merthyr Tydfil-born grandmother allowed him to pursue his dream of playing for Wales and he won the first of his 18 caps against Argentina in Cardiff in 2012. Two weeks later he suffered major knee ligament damage in a defeat to the All Blacks and was out of action for 11 months.

He made six starts for Wales, featured in three games at the 2015 World Cup and made his final international appearance against the All Blacks in Dunedin in 2016.

“It was a massive honour to pull on the red shirt, play for Wales and be a part of the squad for four or five years. We won a couple of things along the way as well and so I look back on that with a lot of pride,” added Jarvis.

“I’ve met some amazing people along the way in my career and I’ve got friends for life. I’ve enjoyed every environment in which I’ve played.

“Moving to France was difficult, especially when I couldn’t speak the language, to begin with. Once I got past that barrier I had an amazing time and my family loved it. When we came back they loved in at the Dragons.

“It was tough, to begin with, because I got injury back-to-back three times. That’s not what you want when you arrive at a new club.

“Once I got over them it was great. It is a nice environment at the Dragons and we all enjoy each other’s company, which is important, and we all like learning together.”

Jarvis left the Ospreys, who he helped to win the PRO12 in 2012, to join Top14 club ASM Clermont Auvergne in 2016. During his two seasons in France, he came off the bench in the final of the Heineken Champions Cup when Clermont was beaten in Edinburgh by Saracens in 2017.

He returned to Wales in 2018 when he joined the Dragons. As well as playing, he cut his teeth in coaching at academy level and is currently studying at the University of South Wales for a degree in Rugby Coaching and Performance.

“I learned so much about myself and coaching being involved with the age-grade teams – how I coach and how I explain things,” he said.

“A lot of the things I know make perfect sense to me in my head, but when I tried to put them across to a bunch of 16-18-year-olds they often had no idea about what I was talking about.

“There are some unbelievably talented players coming through the Dragons academy system and one of the 16-year-olds was training with the first team in the summer even though he was still at school.”

The Dallas squad he will be working with includes a handful of international players in former England and Worcester Warriors full-back Chris Pennell, US Eagles centre Chad London and Canadian prop Liam Murray. Back row man Conrado Roura is a sevens cap for Argentina.

English hooker Todd Gleave played once for the Ospreys this year, while former England U20 prop Ryan Bower has experience playing at Leicester Tigers and Worcester Warriors.

The Dallas Jackals are a professional rugby team of Major League Rugby (MLR), the highest level of rugby competition in North America. The Jackals were named as an expansion team in 2020 and will play their inaugural season in 2022. The team’s central mission is to develop domestic talent to a world-class level of play and professionalism while strengthening the high-performance pathway in DFW by supporting the local clubs.

Major League Rugby is a professional sports league entering its fifth season and represents the highest level of rugby competition in North America. The League evolved from seven teams in 2018 to 13 teams in 2022, featuring 12 from the United States and one from Canada. Matches are televised on CBS Sports Network, Fox Sports 2, and ESPN+, among other national and local market platforms. All matches are available on Facebook Live for international fans. MLR prides itself in fostering intense and high-stakes competition, while bringing together a passionate community built on the values of Respect, Inclusivity, and Tradition.