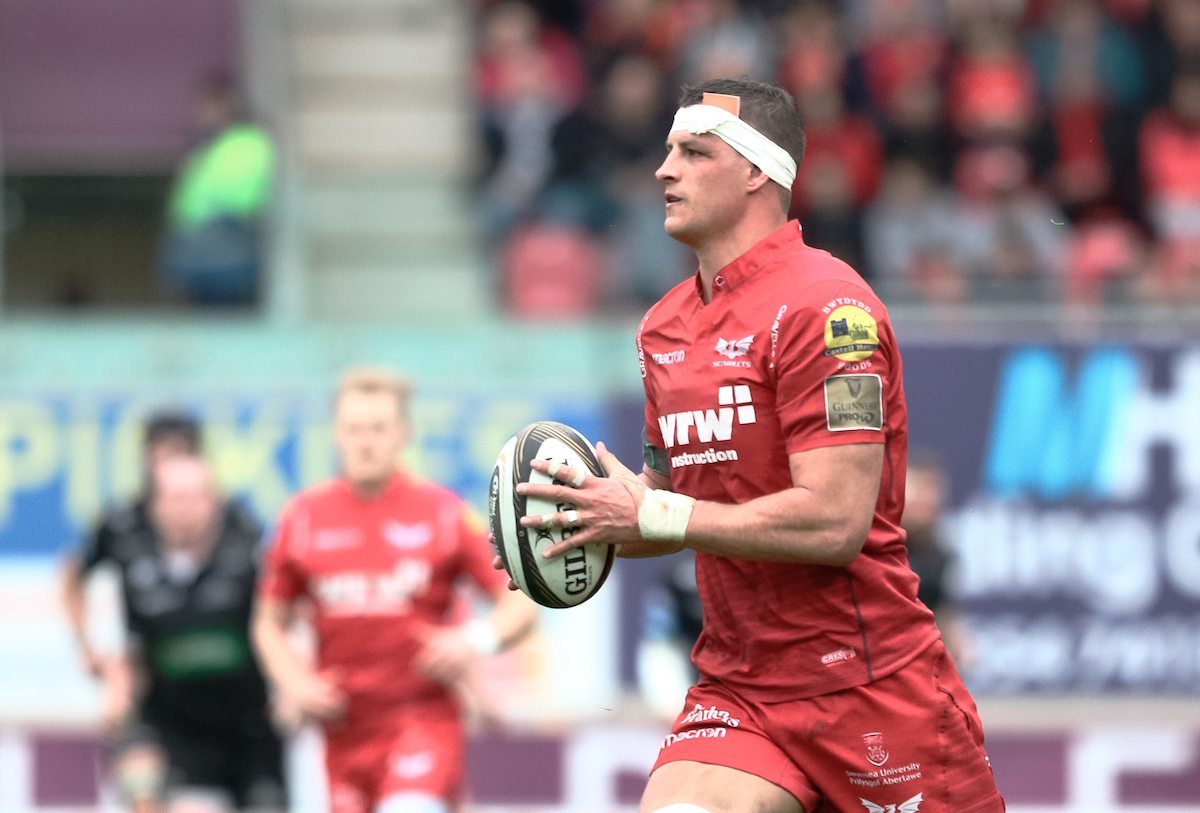 Aaron Shingler could be pressed into emergency second row duty from the bench in Wales’ World Cup opener against Georgia in 10 days’ time as Adam Beard and Cory Hill are both in danger of missing out.

Beard is set to join Wales’ World Cup squad in Japan early next week after having his appendix removed.

And Beard’s squad colleague Hill is continuing to recover from a stress fracture in his leg, with the second pool fixture against Australia on September 29 having been his stated initial target.

Wales hope that 23-year-old Beard could be available to face Georgia after being assessed on his arrival in Japan, it is understood.

Skipper Alun Wyn Jones and Jake Ball, though, are seemingly in pole position to start against Georgia.

If Beard and Hill are absent, it could mean Scarlets flanker Shingler providing second-row bench cover.

Ospreys lock Beard, who has won 16 caps, was admitted to hospital in Wales ahead of the squad’s departure for Japan on Wednesday.

A Welsh Rugby Union spokesperson said: “Adam Beard was admitted to hospital in Wales with suspected appendicitis by Wales team medics ahead of the squad’s departure last Wednesday.

“He had his appendix removed uneventfully later that day and is recovering well.

“He will rejoin the rest of the squad in Japan early next week.”

Wales head to the southern city of Kitakyushu on Saturday, where they will continue preparations to meet Georgia.