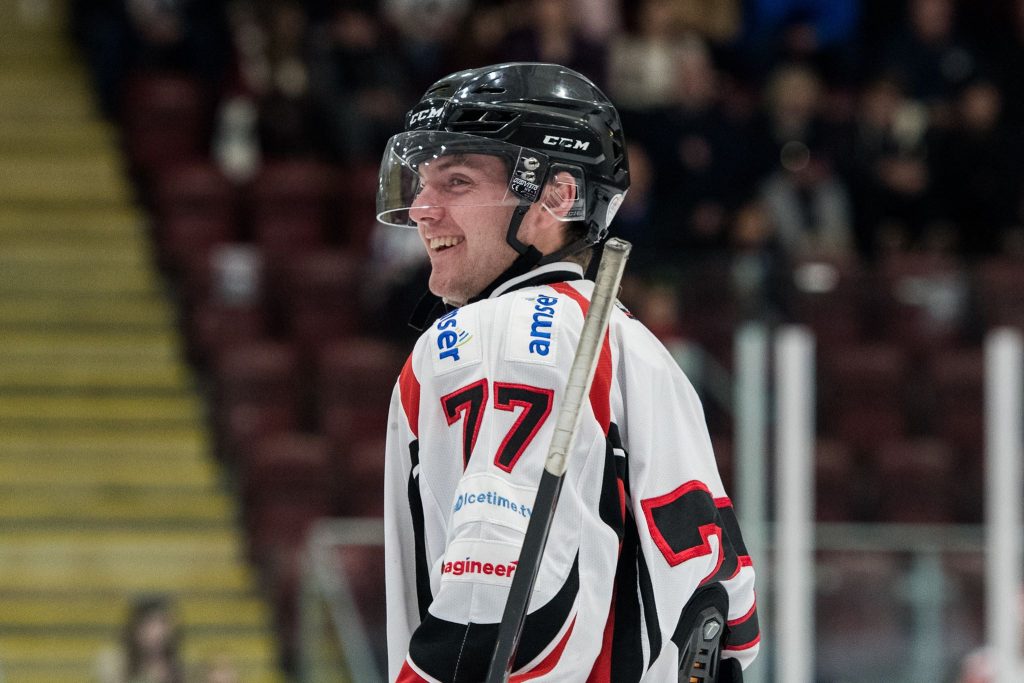 There is a solid Latvian influence for ice hockey in South Wales after Cardiff Fire signed Kristians Kasjavanos for 2019-20.

The teenager has committed to Fire, who play their first National League South One fixture of the season at Romford Raiders on Saturday.

Personally, I don’t remember many Latvian players coming to Cardiff, although Devils did bring in defenceman defenceman Martins Gipters during 2013-14.

Brent Pope was the Devils coach who signed former Latvian under-20 Gipters international , who only played 15 matches before heading home. That was in the days before Steve King and the Calgary ownership consortium took charge.

Riga-born Gipters, now aged 30 and competing for HK Kurbads in his home country, was playing for Beibarys Atyrau in Kazakhstan when he agreed to join Devils.

Fire have signed a player of genuine potential in Kasjavanos, who arrived in Cardiff earlier this summer to join Cardiff’s under-18 team and was invited to practice with the both Fire teams.

After impressing during those session Kristians has been offered a spot with Cardiff Fire.

Also, returning to the Fire line-up is London-born Chris Fox, who first joined Cardiff Fire last season and impressed with his workrate.

Fox, aged 27, has more than 10 years National League experience playing for playing for Slough, Harringey and Lee Valley with an English Premier League game for Slough Jets as a teenager.

Chris splits his time in Cardiff between hockey and working as a doctor.

“Kristians has been a real surprise,” said Fire coach Mark Cuddihy. “I was informed by Cardiff’s under-18 coach Andy Lloyd that he would be arriving and we asked him to skate with us.

“He has looked really good in practice and you can see he has a great hockey brain for such a young player. He was selected in the Fire two team last weekend for their 5-4 win against Bristol Pitbulls and impressed.

“I am excited to see him develop with Fire and the under-18’s.

“With Foxy we know we get 100 per cent workrate. Fire have a young team this season having someone in the room with Foxy’s experience with be incredible valuable.

“He work incredibly hard every shift and is someone we can really rely on every time he steps in the ice.”

🏒 SEPTEMEBER FIXTURES 🏒
No home games this weekend as the 🔥 take to the road for the first away games of the season!

Catch us back on home ice next weekend for back-to-back games against the Devils 😈 pic.twitter.com/AZBevFPu6D