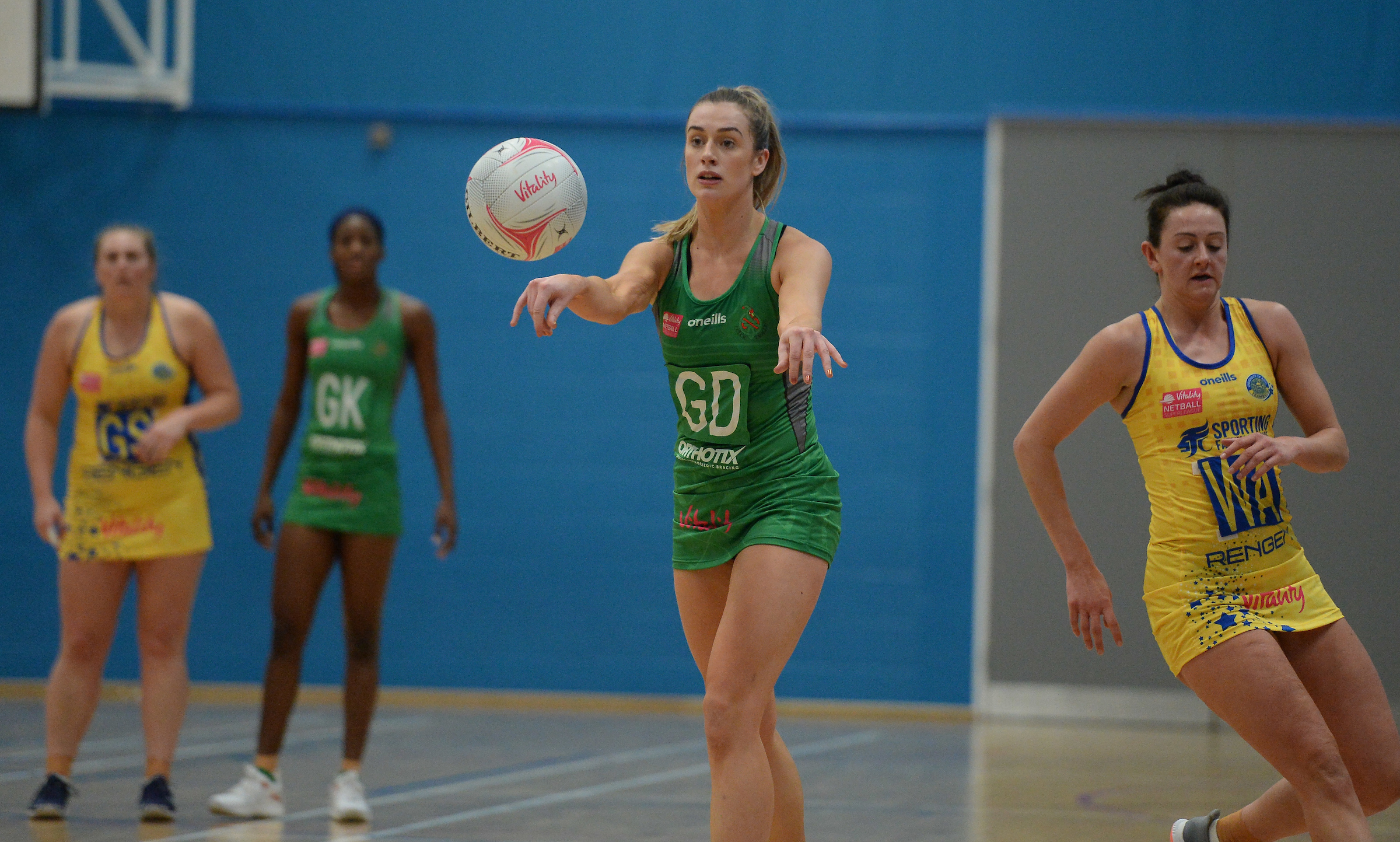 Abby Tyrrell is back for a third season with Celtic Dragons. Pic: Ian Cook/SportingWales

Abby Tyrrell has signed for Celtic Dragons for a third season in the Vitality Netball Superleague.

The Manchester-born defender has become an established starter for the Dragons since joining the club.

“I decided to sign with Dragons again because I love the environment within the team,” said the former England U21 player.

“They have always been a very supportive club from the very first year I joined.”

“I think that [the Superleague] will be different this year, with Leeds [Rhinos] coming in and maybe some movement from players which will be interesting and exciting to see.

“I’m really looking forward to getting back out there with the girls on court and I’m excited to hopefully see our fans again soon.”

Tyrrell’s hard work to break into the starting seven under Tania Hoffman was rewarded when she was named Dragons Most Improved Player at the end of 2019.

She was also prominent in the club’s run to the semi-finals of the British Fast5 All-Stars tournament, as well as starting in Dragons’ three 2020 Superleague encounters before the league was suspended due to COVID-19.

Captain Sophie Morgan, Laura Rudland, Shona O’Dwyer and Clare Jones have already been announced by the Dragons for the 2021 season.

Director of Netball Hoffman said: “Abby was a fantastic find for us in 2018, having been through the Manchester Thunder set-up and playing with a strong English Under 21 team.

“She quickly developed into a solid defender and I am excited about her potential as she continues her development with us.”

“It was a massive shame for the whole franchise, but Abby and our younger players in particular, when the pandemic caused the cancellation of the 2020 season.

“Abby had made three good appearances in some tough games and was set to take on a leading role in our 2020 campaign. I know that she is hungry for 2021 and ready to hit the ground running early next year.”