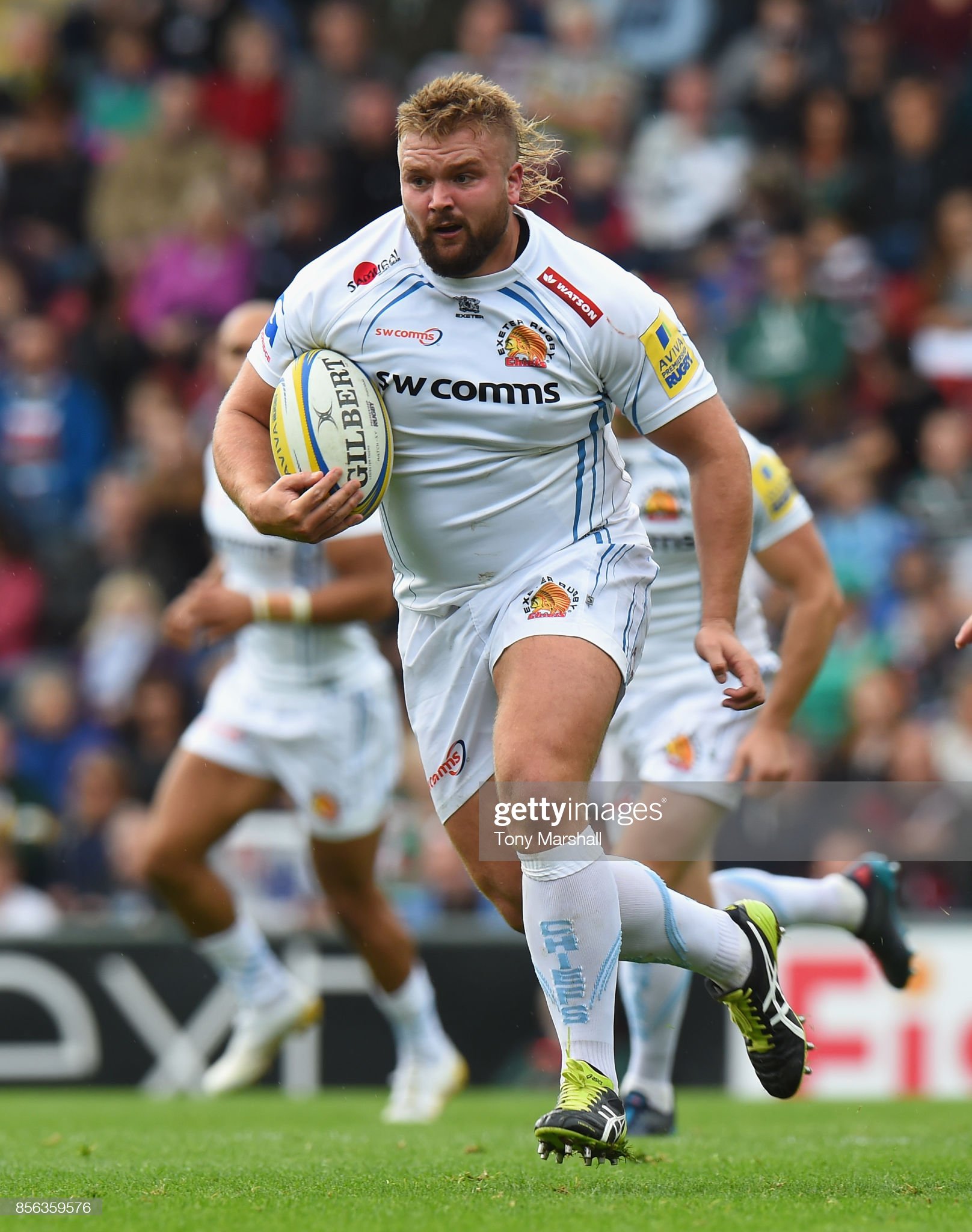 Tomas Francis will hope to become the 12th  Welshman to lift the Heineken Champions Cup as Exeter Chiefs stand on the brink of European glory.

Victory at Ashton Gate against a star studded Racing 92 side will cap a remarkable rise from the amateur depth of English club rugby to European champions in a decade.

Wales tight-head prop Francis, who was this week named in Wayne Pivac’s squad for the Autumn Nations Cup, will start on the bench and his strong scrummaging will likely be crucial in the final quarter of the game.

No Welsh side has conquered Europe yet with Cardiff coming the closest losing to Toulouse in the inaugural final in 1996.

Exeter saw off four-time winners Toulouse 28-18 in the semi-finals and England centre Ollie Devoto is confident they have the squad to triumph tomorrow.

“We’ve got a special group of players here,” said the 27-year-old utility back. “A win would be very, very special for this group.”

“There are coaches here who will look at the opposition.

“They’ve got quite a few [dangerous players]; they’re quite blessed in that department.”

📢 – TEAM NEWS: Here is your @ExeterChiefs side to face @racing92 in tomorrow’s @ChampionsCup Final at Ashton Gate (4:45pm) ⬇️https://t.co/nYr4dtrLZQ pic.twitter.com/45MV6xYtV5

“If you overcomplicate stuff, it leads to trouble, where we’ve done well in the past is when we’ve kept it simple.”

Devoto maintained that Exeter’s mentality will be tough enough to deal with two huge games in such close proximity and explained some of the players’ methods for coping with the pressure.

“I think it’s worked well that the European is before the [Premiership] championship,” he said. “We’ll be attacking this 100%.

“Downtime is key. The current economic climate helps with that – you get a lot of free time to relax.

“We’ve got a small group that goes down to Exmouth on our days off. Obviously, we get Sunday to recover. Then we’re in Monday for a big week.”

If Francis wants to get his hands on the Champions Cup Exeter will have to overcome a dangerous Racing 92 side who saw off reigning champions Saracens in the last four.