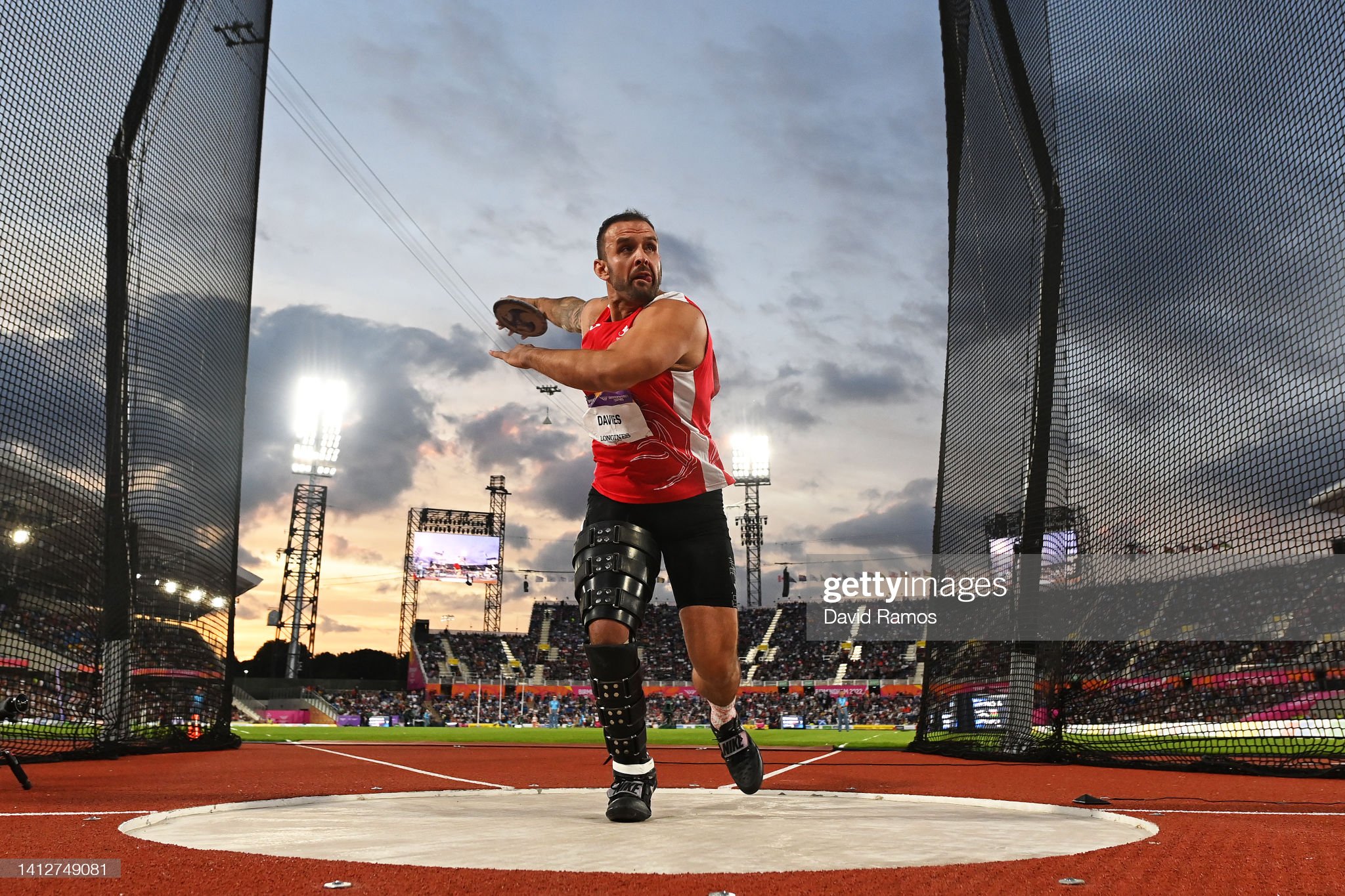 It has been an incredibly successful Commonwealth Games for Team Wales. Pic: Getty Images.

Wales’ greatest male track and field para athlete, Aled Sion Davies, has labelled the Birmingham 2022 Commonwealth Games a fantastic success for integrating para and able bodied sport together as the Games draws to a close tonight with the closing ceremony.

Davies, who won yet another gold in the t41-41/T61-64 discus event, says the Game has been a massive success and a step forward in integrating para sport into whole of the Commonwealth Games.

Wales have had a successful Games winning gold medals in the swimming pool, the velodrome, at the lawn bowls, the athletics track and the boxing ring. Medals have come across several sports, with new records being set.

Davies believes that the integration of para sport has been a positive, but believes there is still a lot of work to be done.

“By drip feeding and giving these opportunities to showcase the sport at this level in front of new audiences it provides an amazing opportunity,” says Davies.

“I love it. I see everything is an opportunity.

Last night was so special. I will cherish this moment forever. 🏴󠁧󠁢󠁷󠁬󠁳󠁿🏴󠁧󠁢󠁷󠁬󠁳󠁿

“The crowd have really embraced it. I’ve been getting messages from people that have never seen me before, or the sports, and seeing how some countries can’t afford the equipment, it just opens everybody’s minds a little bit. I think it is very powerful.

“It shows that yes we are doing para athletics, but we are still trying to do athletics at the elite level and we want to deliver the best on the biggest stage.”

For Davies it was an honour to be part of an integrated able bodied and para team, representing Wales. The 31-year-old is hopeful this is the beginning of another revolution in para sport.

“It is not always the case around the world, so we can show everyone what we are like and it is a very special thing.

“I think we need to start with individual sports like the European Athletics Championships and Worlds. That is where you start and see if it works, but the Paralympics is still a unique and special and unique event.

“For us it is about changing perceptions and increasing the strength in depth. In Britain we do it quite well and we have some of the best para athletes in the world.

Not all countries have the same opportunities and funding that some para athletes have in the UK and the US, which has been clear to see in this year’s Games, with the variation in equipment.

“Unfortunately, we are the only country that has built on those foundations and I think we are still riding the wave rather than building anything on top.

“We are still well ahead. But the only way I believe that will change is in Miami 2028 because America has the possibility to change everything.

“I compete a lot in the States, the top para athletes over there are competing against able bodied athletes. If it is to change, America is the country to do so. “

Other achievements – Team Wales have flown the flag and the Welsh athletes have given their all in inspiring the next generation.

History has been made in squash, with Joel Makin becoming Wales’ first ever finalist in winning a silver medal. The women’s table tennis team also made their best ever team finish in fourth, Charlotte Carey and Anna Hursey won bronze in the women’s doubles competition and Josh Stacey won gold in the men’s singles classes 8-10.

Welsh Boxing has also made impressive strides since the last games. Colin Jones’ team have secured six medals – including golds for Rosie Eccles and Ioan Croft – equalling their best ever medal tally since the 1958 event held in Cardiff.

Welsh Cycling has also had an impressive games with James Ball and pilot Mattew Rotherham leading the charge winning one gold and one silver, with teenager from Carmarthen Emma Finucane also winning two medals in her first games.

Highlights of the day’s events at the 2022 Commonwealth Games in Birmingham.