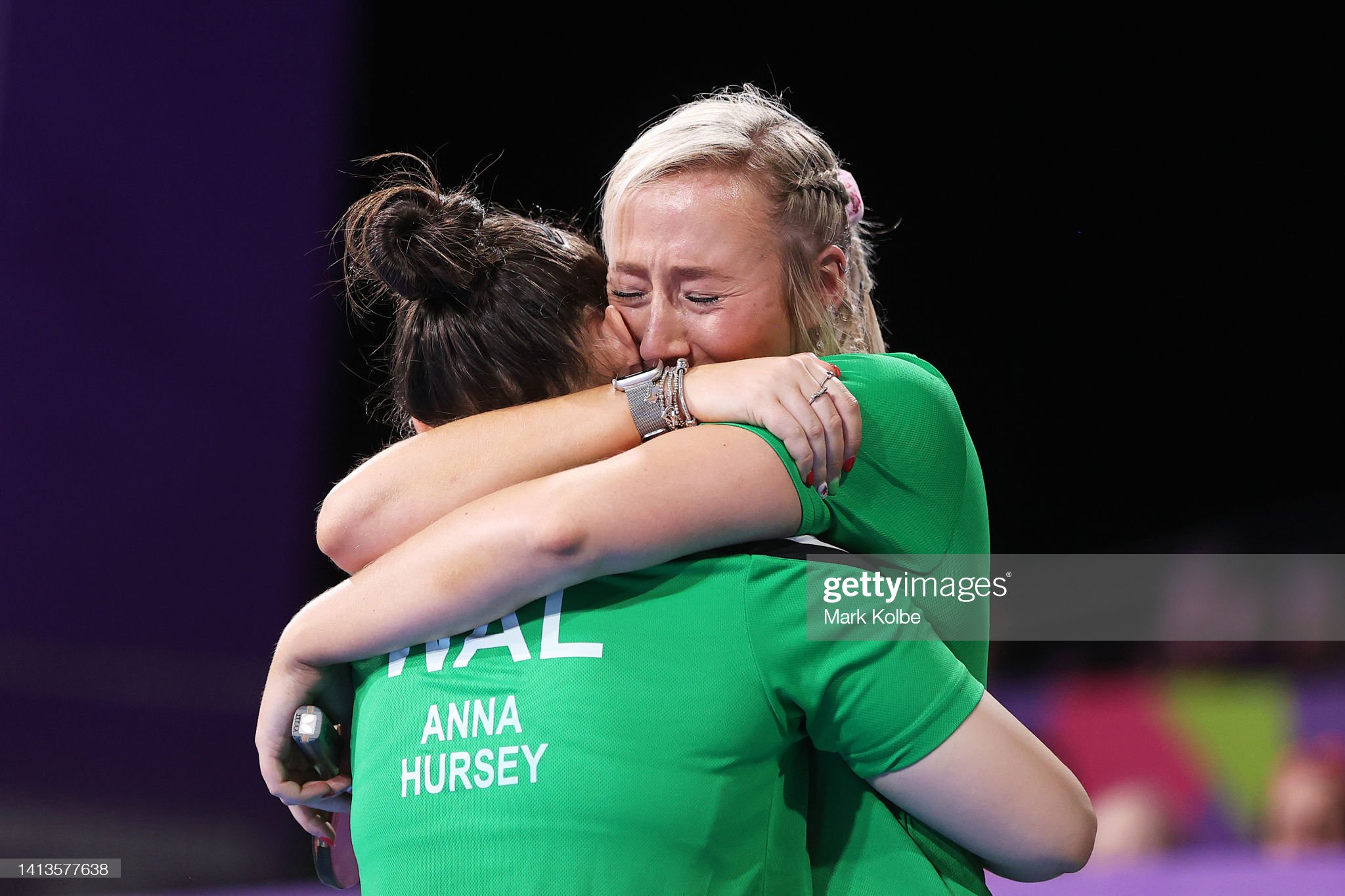 BIRMINGHAM – Comments from Charlotte CAREY (WAL) and Anna HURSEY (WAL) after they beat WONG Xin Ru (SGP) and ZHOU Jingyi (SGP) in the women’s doubles bronze medal match at The NEC on Monday.

On winning a medal:

“I’m in tears, I’m so happy. After the team event we were gutted [they lost the bronze medal match]. I was so nervous as we wanted this so much, and Anna [HURSEY] was amazing.

“We have had to do a lot of work psychologically to pick ourselves up and get ourselves back to where we want to be, putting ourselves in a prime position for a medal.

“I feel so proud, and it’s nice to have the family here watching as well.”

On the emotions of picking up bronze:

“I need two months’ lie-down. This whole competition has been so emotional. We wanted a medal so much in the team event and this is the silver lining of the whole event.

“The medal means everything. It has given us such a boost [to know] that we can definitely do it.

“Next time we’ll be there, hopefully in that situation again, and come back with some more medals.

“You know what? I was ready for a few days off, but I think I’m going to go to the gym tomorrow, ready for the next one.”

On her family in attendance:

“I told them to wear green and bring all of the superstitions out, to do everything right. They are so happy. I’ve seen my mum crying.”

On receiving her medal, standing on the podium and seeing the Welsh flag raised:

“It’s indescribable. We saw Josh’s [STACEY (WAL) – men’s singles classes 8-10] flag go up yesterday and we wanted a piece of it as well.”

“We trained for it and we deserved to win that medal.