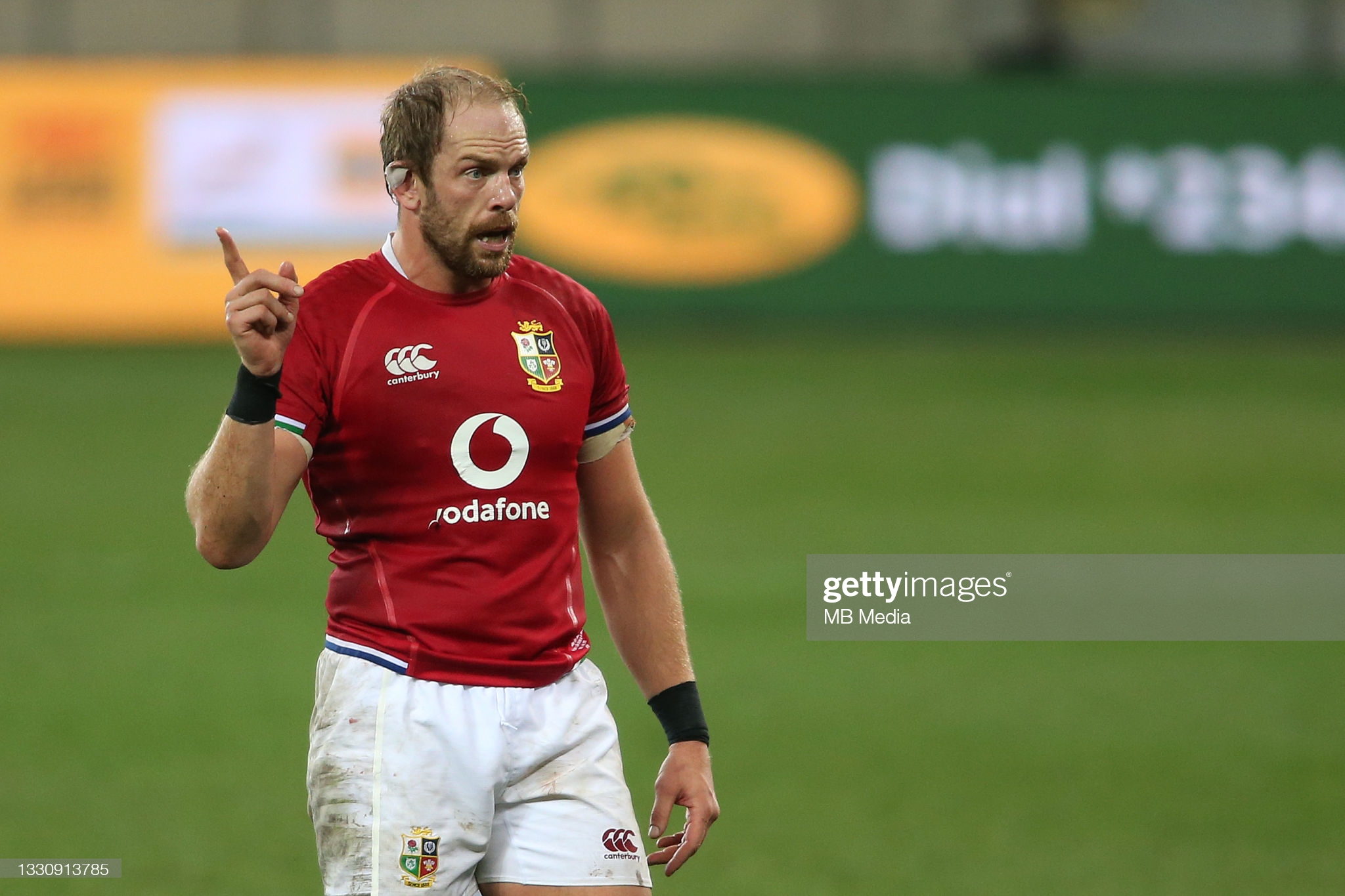 Alun Wyn Jones has refused to get drawn on Rassie Erasmus’ criticism of the refereeing in the first Test and warned the Springboks there is more to come from the Lions.

The Lions captain was responding after Rassie Erasmus, the South Africa director of rugby, released an unorthodox 62-minute video on social media in which he criticised the officials following the Springboks’ 22-17 loss in the first Test in Cape Town last Saturday.

Erasmus claimed Springboks captain Siya Kolisi did not receive the respect from officials afforded to the Lions skipper and said he was willing to walk away from the remainder of the series if he was out of line.

Jones, who could lead the Lions to a series victory on Saturday, said he had not seen the video and did not feel that the officials favoured the Lions: “In the heat of the moment, it didn’t really feel like we had any advantage.

“I’ve heard a little bit about it but I haven’t seen anything. As I’m sure you’re aware, I’ve got a bit more to focus on between the white lines and that’s been my focus.”

Despite wearing a Springbok cap and training shirt, Erasmus claimed his lengthy monologue, full of examples of decisions he believes wrongly went against the host nation, was made in a personal capacity.

He also appears to be anticipating an unimpressed reaction from the game’s ruling body.

“If this causes that I’m not allowed to be water carrier that’s fine, I’ll step away,” said Erasmus.

The Lions staged a second-half fightback to edge the world champions 22-17 in a tense first Test and the rivals clash again at Cape Town Stadium on Saturday.

After the much publicised sideshow to the main event, the whistle for the kick-off from Kiwi referee Ben O’Keefe can’t come soon enough.

Former Wales forwards coach Robin McBryde summed up the feelings in the Lions camp, where he is part of Warren Gatland’s coaching team, perfectly by saying that “traditionally rugby has been able to pride itself on rising above that”.

“Hopefully, it will be a good spectacle and we can forget about what’s happened this week,” he added.

On offer for Gatland’s team in the second Test is the chance to emulate Martin Johnson’s team of 1997 in winning the three-Test series with a game in hand after their 22-17 victory in the opening game.

For the skipper, Wales’ warrior-leader Jones, it will be an incredible 11th successive Test appearance for the Lions, making him the first player since the Pontypool prop Graham Price to do that. Price played in all four Tests on the tours to New Zealand in 1977 and 1983 and South Africa in 1980.

Leading his side to a series win in South Africa would rank Jones alongside Johnson (1997), McBride (1974), Johnny Hammond (1896) and Bill McLagan (1891) as the only captains to beat the Springboks on their home patch in 14 attempts.

“A lot has been said about how South Africa are going to improve on the loss in the first Test. We are expecting the intensity to go up a notch across the board,” said Jones.

“We’ve looked at the first half last weekend and seen how we put ourselves under pressure and where we can improve our game. Not just from that first half, but for the full 80.

“We feel we’ve got a few gears to go up and that’s been a large part of our focus this week. We didn’t execute as well as we’d have liked in the first half last week and we were disappointed with the way we started at scrum time.

“I felt we were under pressure, but our set-piece came through and our management improved drastically in the second half. We did well to turn the scoreboard around and we just want to make sure that we don’t give ourselves too much of a deficit in that early part of the game.

A #LionsRugby Test is the ultimate 🦁

It’s where dreams are lived and legends are formed 💪

But being a winning Lion is the pinnacle 🏔

“It’s going to be more of the same in the second Test. They’ve got a six-two split on the bench, which is more of what they’re used to in the way they select their squad, and I’m sure there will be an increased emphasis on the set-piece from them.

Dan Biggar will start again at No 10 and Ken Owens and the recalled Taulupe Faletau will be ready to come off the bench to beef up the forward effort later in the game. History beckons for the Lions, Jones and the expectant army of Lions fans.