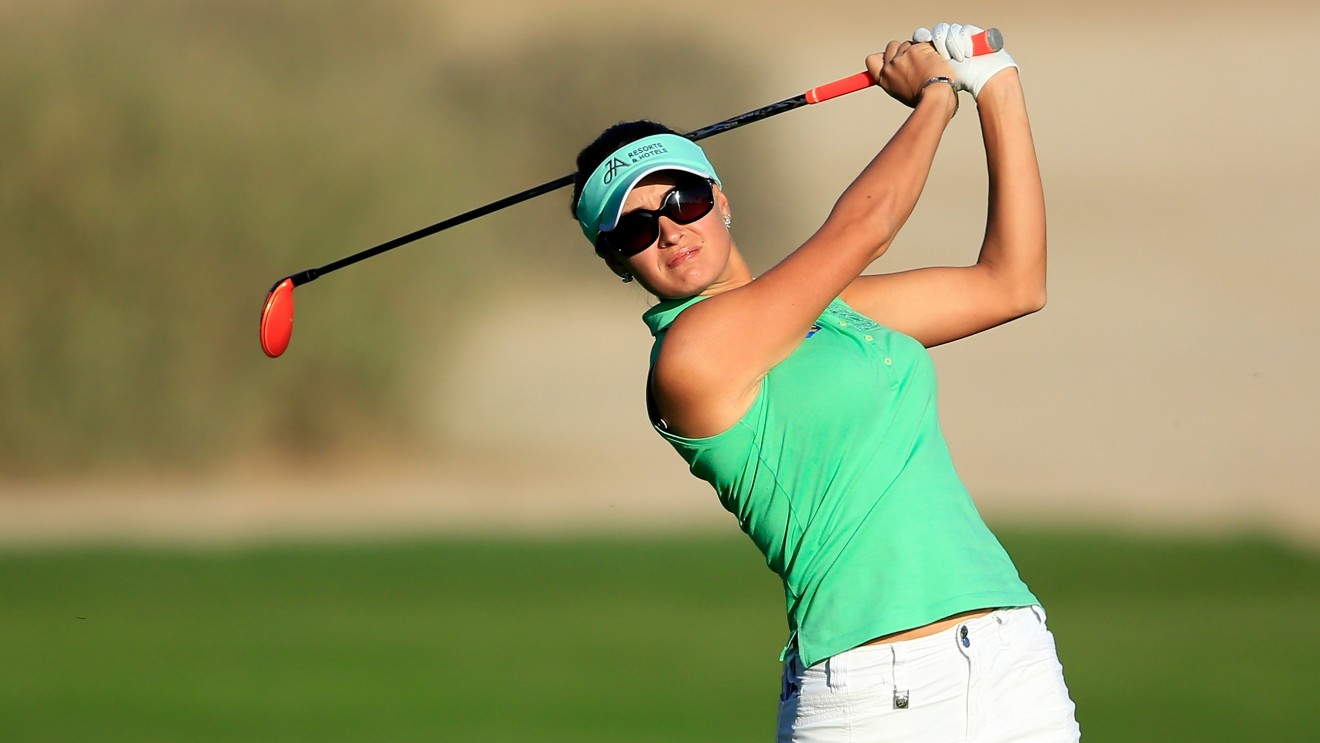 Amy Boulden, seen here competing in Florida, is back in action on Thursday. Pic: Getty Images.

Amy Boulden has revealed the secret behind her breakthrough maiden Ladies European Tour title – a podcast.

The 27-year-old said she had mentally prepared for her final round at the VP Bank Swiss Open by listening to a podcast.

Boulden then went out to produce a flawless final round of 64 (-8) to win by three shots from Australia’s Stephanie Kyriacou.

Finishing on -17, the St Asaph star pocketed a winner’s cheque of 30,000 Euros as she fulfilled the promise shown when turning professional in 2014.

“I listened to a podcast before I went out for the third round. I had a few nerves and that really helped take a few things away from me,” said Boulden.

“My goal was to get to 15-under-par and when I got there I thought don’t stop here,” she added.

“There were a few shots that I didn’t like the look of, bad memories of being under pressure, but I got over it and pushed through the mental barrier.”

Amy Boulden with winners trophy at Swiss OpenTipped for the top when she joined the professional ranks, she became the LET Rookie of the Year in 2014 after she made 12 cuts in 16 tournaments.

She finished runner-up at Lacoste Ladies Open de France, was third at the Sberbank Golf Masters and tied for fourth in the Ladies German Open.

Boulden captured her first professional win at the Association Suisse de Golf Ladies Open on the LET Access Series in May 2014.

A year later she rose to 101st on the Women’s World Golf Rankings and finished 10th on the LET Order of Merit after she tied for ninth in the 2015 Women’s British Open.

Even so, she had to go back to qualifying school this year to regain her tour card.

🏆 WINNING IN STYLE 🏆@amy_boulden fires the low round of the week 6⃣4⃣ to win the VP Bank Swiss Ladies Open on -17 & her first LET title.

Her breakthrough victory over the Golfpark Holzhäusern course, at Rotkreuz on Lake Zug, was her first in 87 attempts on the LET. It also saw her rise 68 places to fifth on the Race to Costa Del Sol Rankings.

“It’ll take some time to sink in. I’m thrilled and really excited to get that first LET win,” admitted Boulden.

“I’m obviously overwhelmed. I was looking forward to getting out there today and I haven’t been in this position for quite a while, so I just tried to enjoy it.

“My goals this year were to put myself into contention. I’m really happy with how I handled the pressure and how I put my foot down on the gas when I needed to.

Having shot two under par on the opening day, she had a stunning 65 (-7) in the second round and went one better in the third and final round.

She took charge from the beginning and immediately took a share of the lead with a birdie at the par four 1st hole. Flagging her irons and holing putts from the start, the 2020 Q-School winner held a two-shot lead heading into the back-nine after a flawless 31 (-4) on the front.

It wasn’t all plain sailing, though, as LET rookie Steph Kyriacou made a charge of her own, turning in 31 (-4). Morroco’s Haddioui was also pushing hard as she turned in 33 (-2).

But birdies at holes 10, 11, 13 and 14 took Boulden out to a four shot lead and set her on the path to a glorious victory. She held her nerve, made par on the final four holes and finished with a career best round of 64.

Her final round flourish meant she had kept her card bogey free for 37 holes. Boulden’s blistering finish earned her heaps of praise from rising Aussie star Kyriacou.

“Amy played really well, so I am happy for her. My aim was to come top 10 and I am pleased to achieve that,” she said.

Next up for Boulden, as well as fellow Welsh professionals Becky Morgan and Lydia Hall, is the Lacoste Ladies Open De France at Golf Du Medoc, which starts on Thursday.