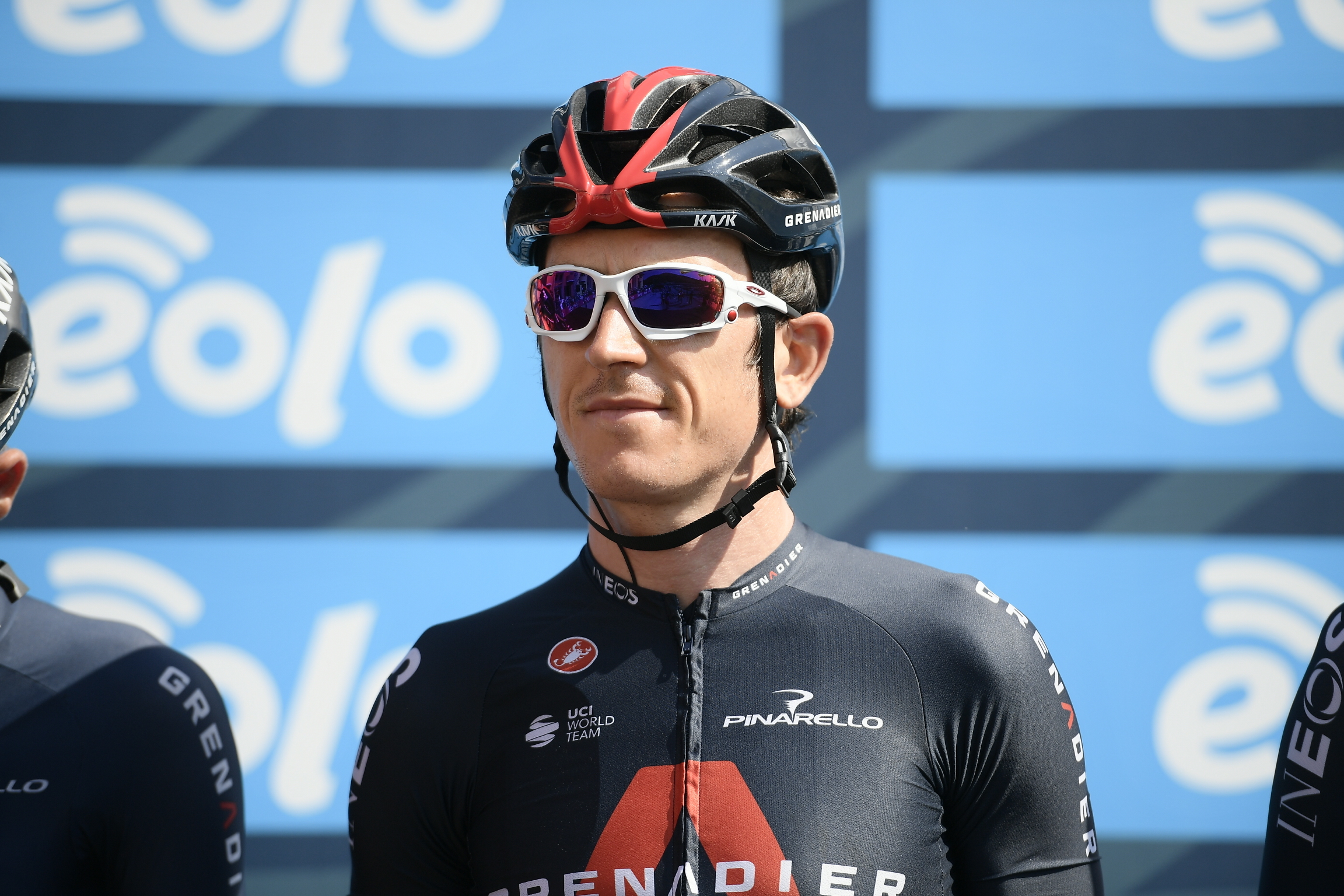 Eyes on the prize: Geraint Thomas would have preferred hillier route for TT in Imola

Geraint Thomas’ bid for victory at Tirreno Adriatico will go down to a final stage time trial shoot out.

The 34-year-old heads into the 10.1km coastal race against the clock on Monday in third spot – 39 secs down on race leader Simon Yates.

Thomas lies third overall 23 secs adrift of Rafa Majka after the trio all crossed the line in the same time on Sunday’s penultimate stage.

“It was almost like a Junior race today, attacks everywhere from the start. It took a long time for the break to go, and then attacks where flying in the final again,” said the Ineos Grenadiers rider of the lumpy 181km stage from Pieve Torino to Loreto.

“But it was hard to make a difference on the laps, but I stayed in a good position in the front, so it all looks good heading into the TT.”

Thomas – returning to form as his successor as Tour de France champ Egan Bernal was seeing his hold on the Yellow Jersey slip from his grasp on Sunday – finished eighth on the stage.

Given Bernal’s problems, Thomas can only wonder what might have been if he had been given the nod for Le Tour by team chief Dave Brailsford.

Thomas will instead bid for the Giro d’Italia title next month.

The Cardiff-born rider was part of a peloton that grew gradually smaller on the undulating course, being assisted by Chris Froome, Tao Geoghegan Hart and Salvatore Puccio