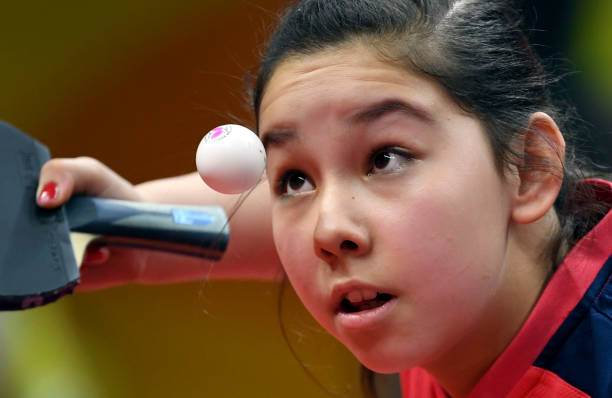 Anna Hursey produced another impressive display to reach the last eight of the WTT Youth Contender tournament in Portugal.

The 14-year-old saw off Germany’s European Top 10 champ Annett Kaufmann in her last 16 tie in the U17 girls singles at Vila Real.

Hursey, who was living in Cardiff but is currently based in Portugal, triumphed 3-0.

Wales’s table tennis prodigy has reached the quarter-finals having dropped just one game so far.

In her opening knock-out match, Hursey beat Puerto Rico’s Alondra Rodriguez 3-1 to set up her game against Kaufmann.

Hursey, who begins her campaign in the U15 singles on Sunday, will also face Belgium’s Julie van Hauwaert in the U17 last 8 match.

This year, Hursey made history by becoming the first Welsh player to be ranked No 1 in Europe at U15 level.

Hursey – – who became the youngest person to ever compete for Wales when aged 11 at the 2018 Commonwealth Games in Australia – is also ranked No 4 in the world in the age category such is her talent.