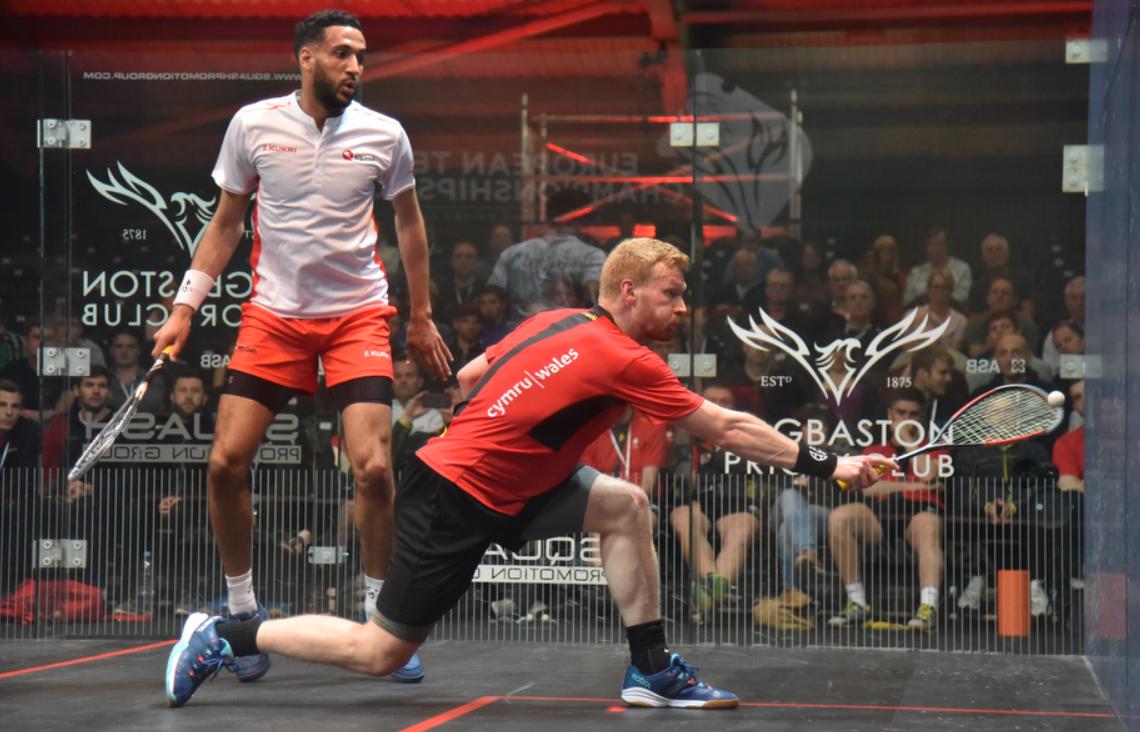 The 24-year-old Kimberley, from Colchester in Essex, was intent on becoming a professional footballer when she was introduced to squash at her primary school.

Now the former Trinity University, USA psychology student, at 74 in the World rankings, has joined Wizards’ in their quest for PSL success.

Cardiff-born Tesni Evans is women’s number one string for the Welsh team and plays Kiwi Joelle King, while Kimberley takes on Jazz Hutton from Sussex at number two.

They are tough match-ups for the Wizards players with Commonwealth champion King number six in the World, three ahead of Evans, and Hutton ranked at 50.

Both Evans and Kimberley, though, are fired up and more than capable of coming out on top against their St George’s opponents.

“I was introduced to squash at the age of 11 by Essex coach Chris Vine, who brought a squash workshop to my primary school,” says Kimberley.

“After that I played regularly at my local club, Ardleigh Hall, and at the University of Essex.

“I was also playing football at the Ipswich Academy Town of Excellence and had my eye on being a professional, but soon realised that I had to pick one sport.

“Thankfully, I chose squash, because my love of football was drying up and squash offered me something new and exciting.”

She went to Trinity University in Hartford, Connecticut during January 2014, saying: “It was a whirlwind, everything happened so quickly and it was probably the best decision I could have ever made.”

Kimberley learned the joy of playing team squash at Trinity and was later appointed captain, saying: “I didn’t quite understand the idea of a National team championship, and the idea that other people are relying on you.

“It didn’t really click with me until afterwards. There is quite a difference between winning and losing together, rather than having only myself to depend on.

“The relentless enthusiasm and hype from all the people watching was fantastic.”

This evening, at the Sport Wales National Centre, Kimberley was experience a passionate Welsh welcome from a sell-out attendance in Wizards’ first home match of the new PSL season.

Evans and Kimberley are joined by three World clash men’s players in World number 10 Marwan ElShorbagy from Egypt plus Welsh players Caerphilly’s Peter Creed, who plays out of the Rhiwbina club, and Elliott Morris Devred from Cardiff SRC.

Wizards v St George’s is their first home match of the PSL season, while they play Coolshurst on Tuesday, October 26 and Warwick on Tuesday, January 7. All three games are at the Sport Wales National centre.