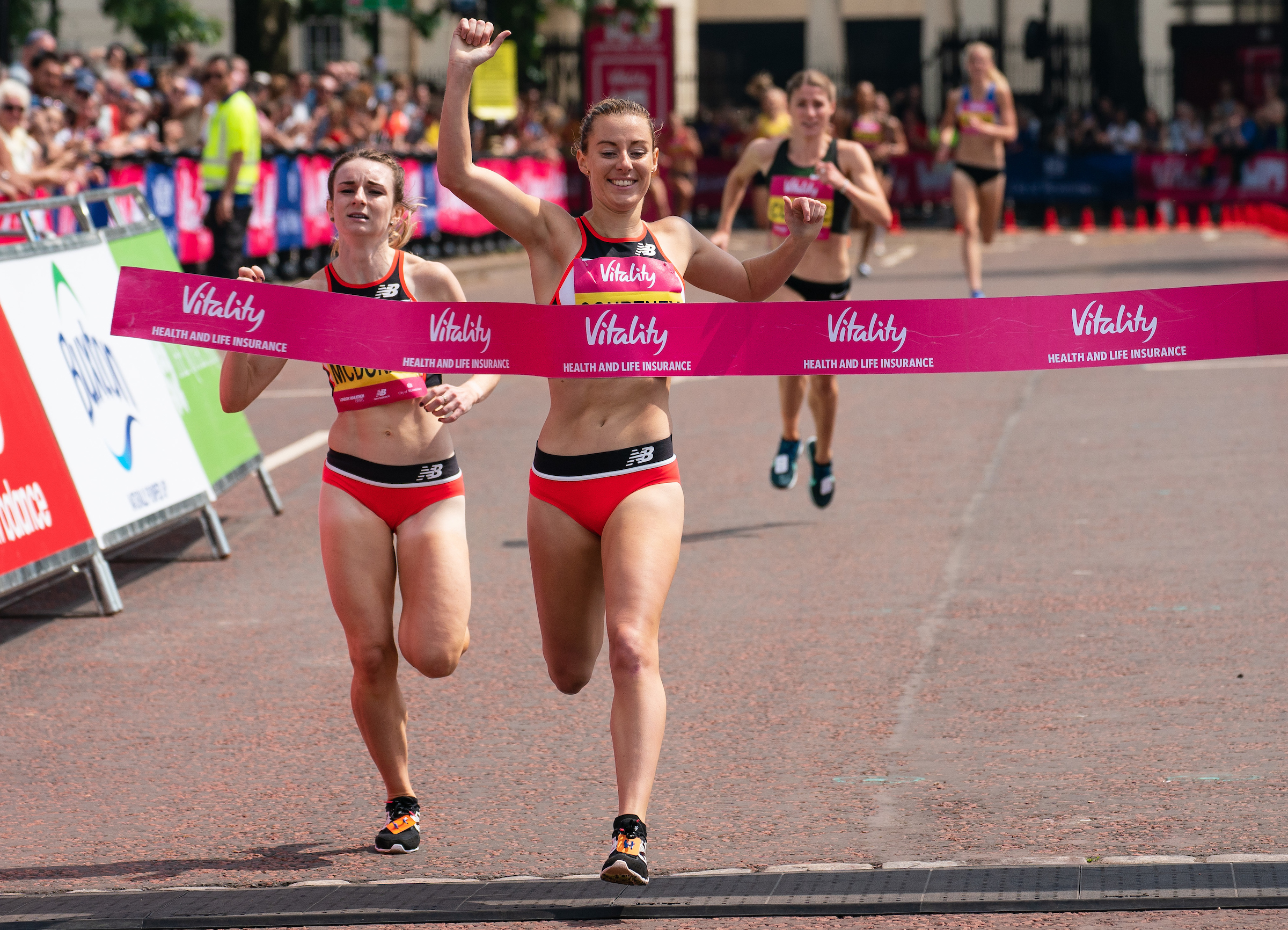 Melissa Courtney shrugged off the effects jet lag and the challenge of European Champion Laura Muir to retain her Vitality Westminster Mile title on Sunday afternoon.

Despite admitting before the race that she might find the pace too fast after spending the past four weeks doing 5,000m training in America, Courtney led from gun to tape on the streets of London.

The Poole AC athlete, set the pace from the start and never relinquished her lead as Muir and the rest of the field wilted in the latter stages, unable to keep up with the Welsh athlete’s unrelenting pace.

Courtney had only flown back from her altitude training camp Arizona on Thursday and had slept for 13 hours into Friday as she recovered from the flight.

However, there were no ill-effects to be seen as the Commonwealth Games 1500m bronze medallist retained the British mile title she won last year, posting a winning time of 4.31.

The win saw Courtney avenge her defeat to Muir in the final of the European Indoor Athletics Championships 3,000m, where the Welsh woman won bronze to Muir’s gold.

After the race, a delighted Courtney said: “It was a really stacked field. Everyone was here from Laura down, so I am delighted to have defended my title. It’s really unexpected.

“With 400m to go I felt quite easy and I was hoping someone else would push it a bit. Then we turned the last corner and I knew I had to go for it as the others were all there with me. I’m so pleased I had it at the end.

“Laura’s achievements have made us all work so much harder, and it’s great to beat her. It helped that I know the turns here, I think.

“I really enjoyed the race and the crowds. I really like this event and have been lucky to win here twice now. I hope I can come back and make it three in a row.”

Courtney will now turn her attention back to the 5,000m where she is due to compete at next weekend’s Diamond League meeting in Stockholm.

There was also plenty of Welsh interest in the men’s mile which was won by Scotland’s Chris O’Hare, who like Courtney was also defending his title, in four minutes flat.

The race was paced by Cardiff’s Tom Marshall, who had carried out the best man’s duties at Thomas’ wedding.